You Can Transfer Your Bethesda Games To Steam This Month 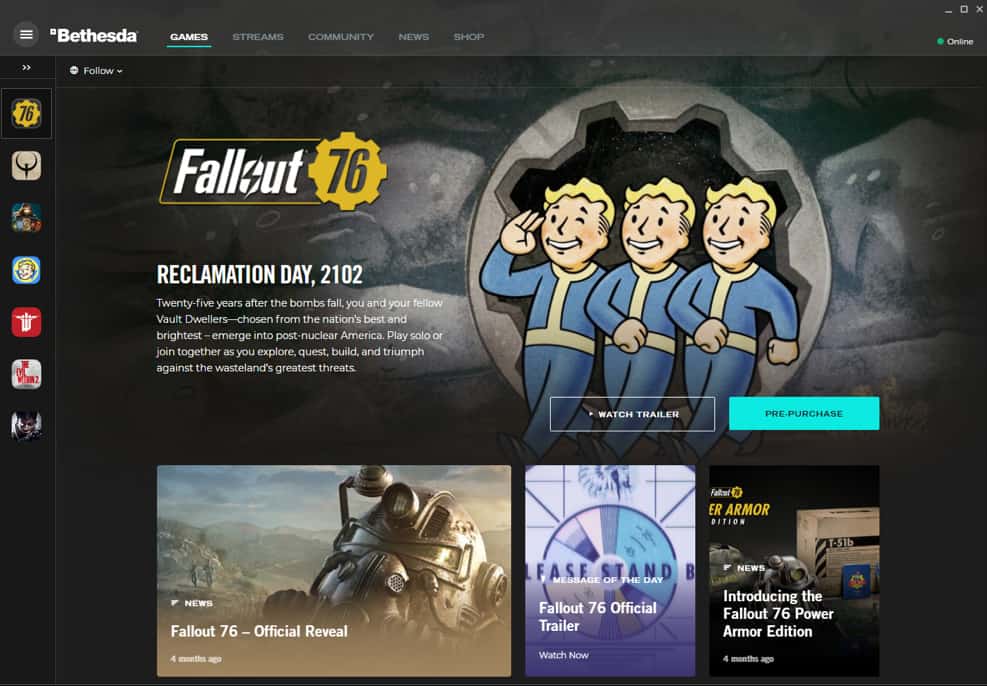 Bethesda has announced when users of its launcher will be able to transfer their games to Steam, and as it turns out you’ll be able to do so this month. If you missed the announcement earlier this year, Bethesda confirmed that it would be shutting down the Bethesda.net launcher. The current home (though not for long) of its games like Doom Eternal and more.

At the time of the announcement it stated that users would be able to transfer all their games to Steam sometime in the future. But it didn’t give a hard date. Now that there is one, those who own games through the Bethesda.net launcher have an actual timeframe of when to complete this process.

Owners of those games shouldn’t wait too long though as there’s not much time from when the transfer begins and when Bethesda is sunsetting the launcher.

You can transfer your Bethesda games to Steam on April 27

You’ll have just under two weeks before you can transfer your Bethesda games to Steam. With the start date being April 27. From that point, you will have until May 11 to get the transfer completed. At which point you will no longer be able to play or access your games through the Bethesda.net launcher.

If you purchased games through the Bethesda.net launcher, you can transfer them to your Steam account. Then those games will be available to add to your Steam library for free. As expected. Keep in mind that even with your games on Steam, you’ll still need a Bethesda.net account.

You’ll need this for everything from game mods to skins. So don’t shut your account down once the transfer finishes.

Most of your stuff will transfer over

You shouldn’t have to worry about losing much if anything in the transfer process. In addition to the games themselves, save files, currencies, and friends lists will all make the trip. You may have to manually move some of your saves over though. While others will move over automatically.

All-in-all, the process should be pretty smooth, if not a little time consuming. If you want more details about this change, Bethesda answers a lot of questions on its FAQ about the migration process.