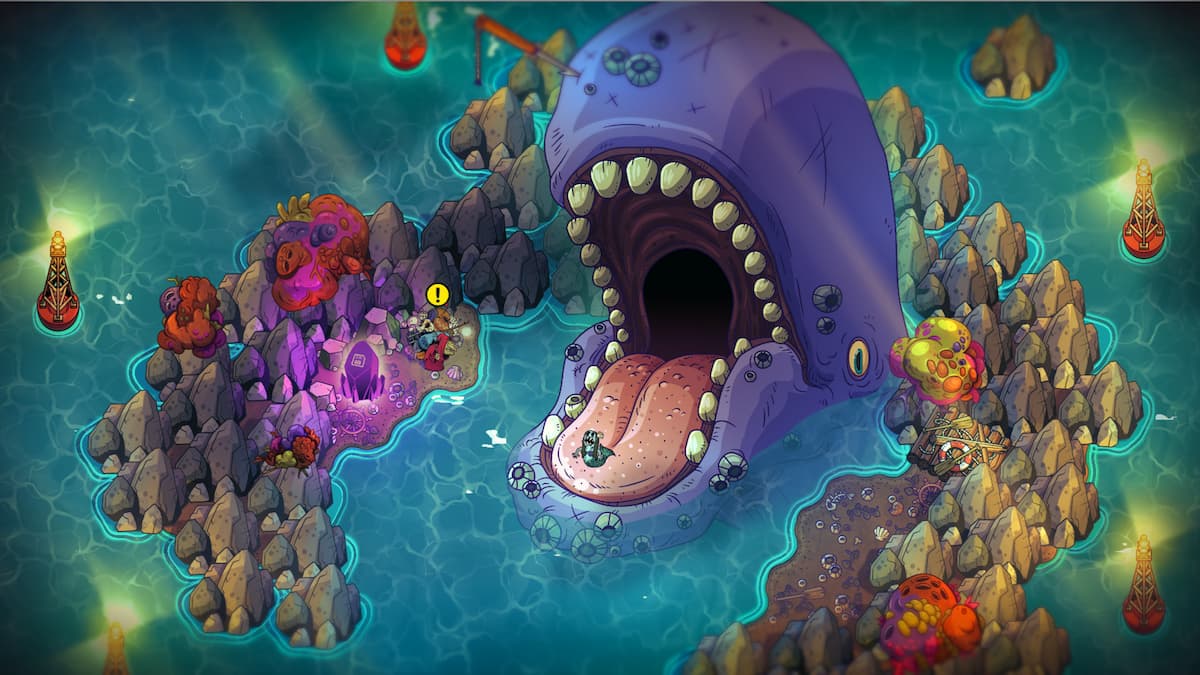 Just like that, we’re somehow a quarter of the way through 2022. Three months, poof, gone in an instant. Fortunately, we’ve been spoilt with a plethora of excellent titles from both indie developers and massive AAA studios. We’ve all feasted on the likes of Horizon Forbidden West, Elden Ring, and Kirby and the Forgotten Land, but what about the games you might have missed in favor of these.

This is what this post is hoping to help you out with. As we enter a three-month period of relative quiet in terms of new releases, there’s no better time to go back and check out those hidden gems you might have missed amidst the chaos. Here’s our pick of the 10 best games in 2022 so far that you might have missed.

Amidst all the massive blockbuster titles of February came FAR: Changing Tides. A sequel to FAR: Lone Sails, the game flips the problem of the first game — a dried-out ocean — leaving players with an often abundance of the wet stuff to try and navigate while solving different puzzles.

It only comes in at a few hours long, and the gameplay is fairly simple as you watch your little ship sail across the screen, but it’s a lovely little chill experience for those seeking some calm on the water after bashing their heads against a certain Fell Omen named Margit one too many times.

Nobody Saves the World

Nobody Saves the World is the latest title from the developers behind the Guacamelee! series. This time around, players assume control of Nobody — a character that can change into many different forms and, in doing so, can change the abilities at its disposal.

This opens up a ton of different ways to take on the various obstacles in the game. It blends all of this with a wacky world where the over-the-top enemies and abilities just feel right at home.

The game clocks in at around 15-20 hours to beat, depending on how hungry you are to see everything it has to offer, and even better, it’s on Xbox Game Pass!

Skateboarding games have really diminished in quantity over the past decade or so. The Tony Hawk’s series has more or less died a sad death, and while a new Skate game is in development, it’s the first entry in the series in almost a decade. There have been a few smaller titles trying to revive the genre, though, and OlliOlli World is one that’s a stark reminder of just how great skateboarding games can be.

Players will need to flip, grind and flick their way through the world of Radlandia, meeting eccentric characters on their way to complete different challenges posed in each level. With ample character customization, tricks, and skating style, there’s plenty to love in OlliOlli World, especially when it comes to its more challenging levels.

Despite releasing early in March, Young Souls didn’t get as much of a warm reception as we’d argue it should have done. Blending the 2D brawler genre with a story-rich ARPG, Young Souls follows the story of rebellious twins as they battle their way to save their foster father.

It’s a modernization of a classic genre and one that works, offering a short-but-sweet distraction. Young Souls is a weekend game that you’ll have a blast with regardless of whether you play it solo or with a friend in co-op.

If you were a fan of Octopath Traveler back in 2017, then Triangle Strategy should already be in your library or, at the very least, at the top of your ‘To Buy’ list. Reimagining the ‘tactics’ genre in its beautiful HD-2D, Triangle Strategy follows the plot of three nations battling for control of dwindling resources like salt and iron. You’re there to decide what military and political movements your nation should take, and ultimately suffer the consequences — or revel in your successes.

There’s a lot of dialog to read through here, especially at the beginning, but this is all part of the theatre of Triangle Strategy’s narrative, and only enriches the decisions you make and the consequences of them. The Tactics-style combat is just as engaging as it’s always been, too, and you’ll really need to plan out your moves if you want to come out on top in the latter, trickier stages of the game.

In my Tunic review, I deemed it ‘an ode to old-school instruction manuals.’ That might not be the flashiest way to describe a game in 2022, but it’s this love for how instruction books used to be back in ‘the old days’ that makes Tunic’s gameplay such a mystery-filled joy.

You play the role of a little fox donning a green tunic who awakens on a beach. With no dialog, no real waypoint system, or quest log, you’re left to explore the world and figure out where you’re supposed to be going and doing once you get there. The in-game instruction manual is here to teach you the basics, but look closer and you’ll find little clues on puzzles and hidden mechanics scrawled in corners or patterns on the pages.

It’s a really fascinating little game, and a challenging one to boot. Tunic has to be played to truly be appreciated, and once you reach its end-game content, the developer takes the whole ‘hidden secrets’ element to a whole other level.

A lot of games give you decisions and masquerade them as having an impact on the gameplay and the way things out. Weird West laughs at this ‘illusion of choice’ and, instead, basically makes any logical approach to a problem or objective in the story a viable option you can explore.

The game sees you following different heroes as they try and discover the weird and wonderful mysteries of the Wild West. Each choice you make alters the world and how things will play out, and despite a few bugs that are difficult to ignore — but could be fixed with patches — Weird West positions itself as one of the more unique ARPGs you can play in 2022.

Oh, and you guessed it, it’s on Game Pass, so you’ve got nothing to lose by giving it a go!

Chances are, you’ve probably not bothered picking up Moss: Book II for the exact same reason I immediately regretted taking it on for review — the nightmarish spaghetti junction of wires and cables and connectors required to now get your PlayStation VR up and running in your living room or gaming space again.

Antiquated VR tech aside, though, Moss: Book II is a stark reminder that Polyarc Digital knows how to make a darn good VR title. One that doesn’t need you to flail your arms wildly, or duck and dodge around your living room, putting your TV, ornaments… pets? in danger in the process. It’s a sit-down affair, with you occasionally having to peer over a wall to check for a collectible or another route for titular mouse Quill to make it to her objective.

With a fresh set of weapons and abilities for Quill to make use of and a slightly lengthier runtime than its predecessor, Moss: Book II is a perfect way to bid farewell to your PSVR. It might be an ordeal to get it all set up again, but it’s worth it, if only to watch Quill do a little celebratory dance again.

Total War: Warhammer III is an absolute must-play for fans of the series, bringing together the Total War RTS gameplay with the world of Warhammer for one more epic campaign.

There’s a narrative hook here that’s sure to keep fans playing throughout the duration and, once that’s done, there’s the multiplayer complete with its own innovations and tweaks to provide a highly-replayable experience.

Given it released smack-bang in the middle of February, chances are you might have overlooked it in favor of some of the AAA blockbusters to come like Horizon Forbidden West or Elden Ring. Now that you’ve got a good few months of relative quiet, there’s no better time to see what you’ve been missing.

The monster tamer genre has long been dominated by Pokemon. It’s an irrefutable fact that the series does its best, but there have been so few attempts to snatch its crown away that even Nintendo’s prized possession has felt somewhat stagnant in innovation for a while now.

Enter Coromon, a GBA-era-inspired title that makes no secret of its inspirations. With eye-catching visuals and designs and some nice little quality of life improvements like the ‘Potential’ system which provides added depth for squad building, and difficulty options to help tailor the experience to your skill level, there’s a lot to like here if you just need more monster catching and battling action.

That being said, it does feel a little too linear when it comes to the different types of Coromon, and beware of the Titan battles, as they can be a little boring given how spongey this enemy type can be.