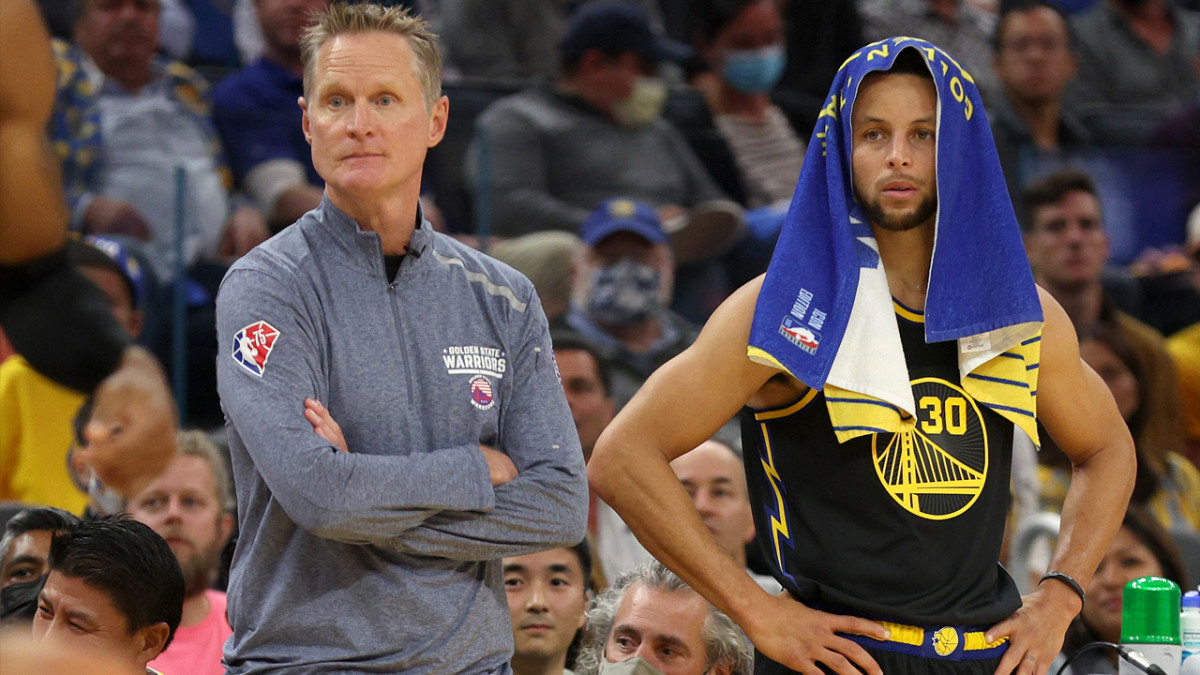 For at least two weeks, the Golden State Warriors are going to be without Steph Curry. The team announced his injury reevaluation would happen in two weeks, meaning the Warriors will be without their superstar for at least that long. In the meantime, Steve Kerr detailed how the team will need to operate in Steph’s absence.

“We’re gonna lock in on becoming the defensive team that we were the first two and a half months of the season. With Draymond back, there’s no reason why we can’t rediscover our defensive identity while Steph is out. We were gonna need to do that anyway, so that becomes a focus for these last 12 games,” Kerr said.

On adjusting to life offensively without Steph Curry, Kerr said, “Offensively, other guys will step in, and try to fill Steph’s shoes. But we can score plenty with the guys that we have. The focus has gotta be the defense. If we can lock back in at that end and start making our mark, then I have no doubt we can get on a really good run.”

There’s no question that the Golden State Warriors need Steph Curry in order to accomplish their ultimate goal this season; however, according to Steve Kerr, the team should be able to maintain a level fo competitiveness while they await his return.