Something’s Brewing in the Abbey #2 news

Another weekly Q&A about Ale Abbey, game dev, and beer! This week: the theme, the pixels, the player, the brew… almost poetic!

Another Friday, another set of questions on the art of brewing beer wearing pixelated dark brown tunics… As always, if you have any questions that you would like to ask, comment to this post or find us anywhere online and we will try to include it in one of our next blog posts!

How did you come up with the theme and overall setting for Ale Abbey?
Brewing beer is an activity that relaxes us a lot. Most of the team has brewed in the past, some of us still do. We do love brewing as a process (and we definitely appreciate its results) and we do seem to all agree that it can produce some zen-like state of mind. Now, as it happened, we were plagued by fatigue and stress from previous projects. And what is more relaxing than a retreat, a monastery? At the same time, Emiliano loved abbey-brewed ales, so he thought, why not combine the two? So, to make a long story short, Ale Abbey is our take on a relaxing tycoon game. Even since we started brainstorming around it we knew that it would be a game that didn’t focus on avoiding failure states. Ale Abbey will instead be about constantly improving on a specific activity, to the point that it would allow the player to be in the “zone” of – in our case – producing amazing ales. 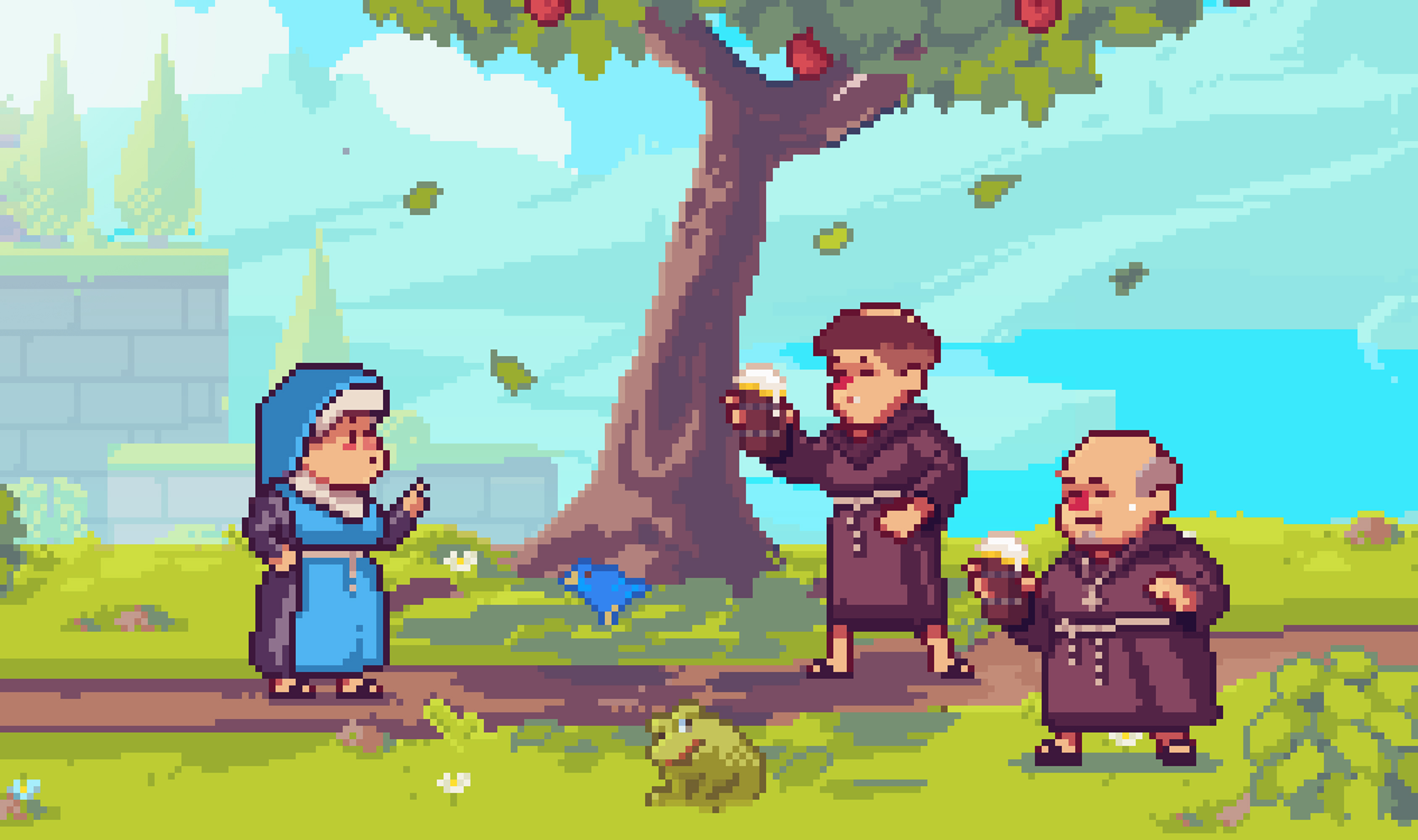 What kind of players do we expect to attract with Ale Abbey?
Well, Ale Abbey is intended for players who – above all – love the depth and detail of tycoon games. In our effort to keep it’s atmosphere lightweight, it will not go into a great depth of micromanagement, but it will still feel like a solid tycoon game. The player will be given free reign in creating their ales, naming them, improving on them, and finally selling them. At the same time, they will need to keep an eye on their growing “team” of monks and constantly improving the monastery by building new areas and buying new tools.

Why pixels? What are the main influences in Ale Abbey’s aesthetic direction?
Emiliano wanted to make a pixel-based tycoon game since ever… Bringing Francesco’s incredible skill with pixels to the team, seemed to fit the concept perfectly. His ability to both sketch and animate pixels produced some incredible results. Defining the visual style felt weirdly easy and fast because from the very first sketches we knew we hit a sweet spot of both “easy on the eyes” and great gameplay readability. It also gave Ale Abbey a kind of familiarity that we could only translate as a kind of nostalgia. We were secretly hoping for that feeling of nostalgia, but we were not necessarily aiming for that alone. The words we used to define our first drafts, “happy”, “idillic”, “silly” definitely pushed towards a direction we are right now extremely content with!

How much did your experience with brewing help when thinking about gameplay and mechanics? Definitely quite a bit. Having some experience on home-brewing beer not only provided us with some knowledge of available styles and more specifically abbey beer styles (which Emiliano personally researched on to reproduce), but also helped immensely in modeling the complex mathematical system required for Ale Abbey’s own brewing process. An added bonus was knowing first hand what the real fun parts of brewing actually are, so we could focus on what we believe others will definitely enjoy as well. 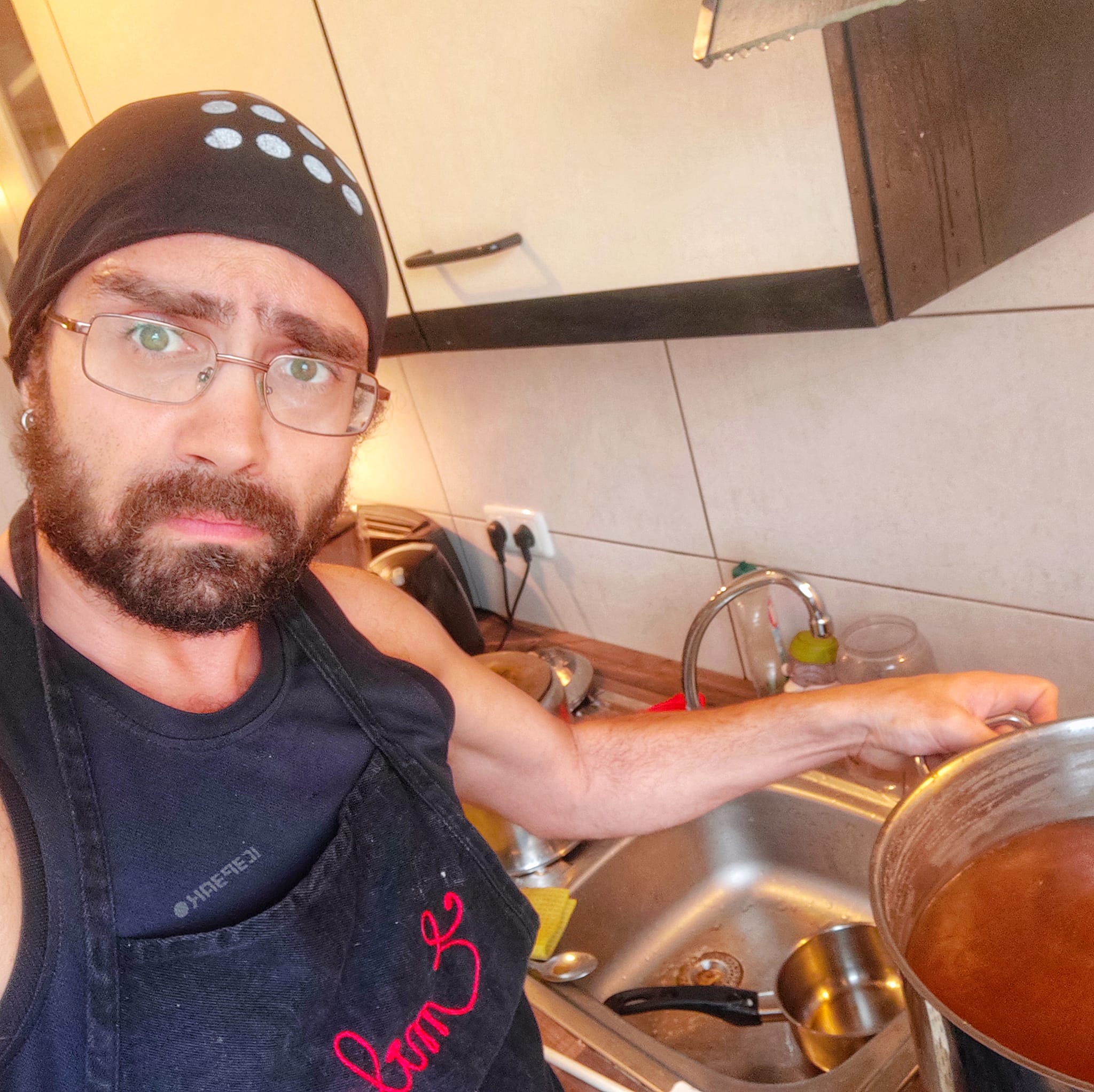 Thanks for your time and see you all next Friday!

You want to know more about Ale Abbey? Don’t forget to follow us on: