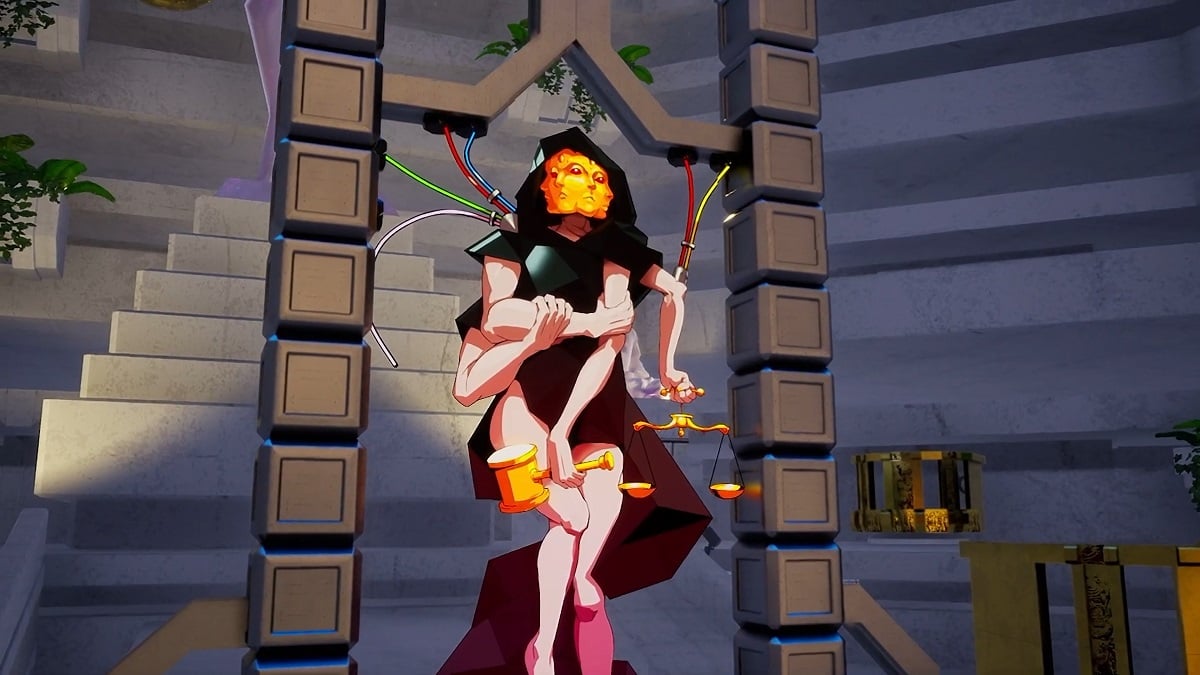 After launching on Steam and Nintendo Switch in late 2020, stylistic murder mystery Paradise Killer makes a return. Those that missed it the first time around will be able to experience it on all modern PlayStation and Xbox consoles later this month.

The new console versions of Paradise Killer are slated for March 16, which also coincide with an Epic Games Store launch, bringing the title to more PC players. Owners of the current-gen consoles can expect ray-traced reflections along with a performance target of 4K at 60 frames per second.

As expected, both current-gen consoles feature faster loading times. The PlayStation 5 version also utilizes the DualSense’s haptics, along with communicating its day and night cycle through the controller’s light bar. Marketing materials make note of smart delivery on Xbox, but don’t mention whether there is an upgrade path for PlayStation consoles.

March 16 also marks the release of brand new content, which will be available on all platforms, including the initial Steam and Switch versions. This consists of new quests, collectibles, secrets, music, and rewards. The announcement trailer also advertises a new HUD-less mode, for those that want an extra level of immersion.

Steam achievements will be making their debut with this new update as well. PC-only players can also expect “general performance enhancements.” While not specified, this likely refers to the act of bringing ray tracing over to PC along with any optimization benefits that came from transitioning to modern consoles.