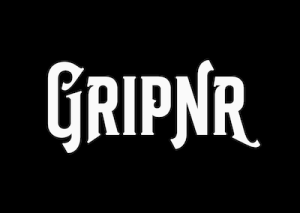 With The Glimmering’s launch, Gripnr hopes to establish an industry-standard protocol for all tabletop RPG games looking to build on the blockchain. With its initial funding, Gripnr will design the gameplay, build the on-chain gaming platform, and launch the genesis NFT collection. In addition, it will finance and support the release of more tabletop games and other game designers and artists who want to use the company’s new protocol.

“Web3 has a home in New Orleans, and Gripnr is laying the foundation,” said Michael Hecht, president and CEO of Greater New Orleans Inc., in a press release. GNO Inc. is a nonprofit regional economic development organization based in downtown New Orleans. “This very successful funding round is an indication that investors – local and around the country – believe that Gripnr will be a seminal product, porting a classic analogue experience into the web3 future.”

The Glimmering’s genesis NFTs of 10,000 individual characters include hand-drawn attributes designed specifically for gameplay. Each character will have unique rarities which include classes, ancestry, skills, and background, and ongoing character data will be kept on the blockchain. Members of the Gripnr community who mint the genesis collection will receive benefits right away while waiting for the on-chain play to begin.

“We are focused on building an active, respectful and super awesome community of tabletop gaming fans and NFT collectors who want to join our vision of bringing 5E gameplay to the blockchain,” said Brent McCrossen, CEO of Gripnr. “Gripnr was created to support the players, game masters, artists and game designers that have made TTRPGs for the last 50 years.”

To gain access to the pre-sale mint list, fans must participate in Gripnr’s #roll2mint activities to validate interest in the game. Activities included in #roll2mint are:

“After the acquisition of Lucid, I was looking for my next frontier,” said Comer. “As a lifelong Dungeons & Dragons player, it was clear to me that tabletop roleplaying games are the perfect use case for the blockchain, so I decided to jump in and bring other gamers along for the ride.”