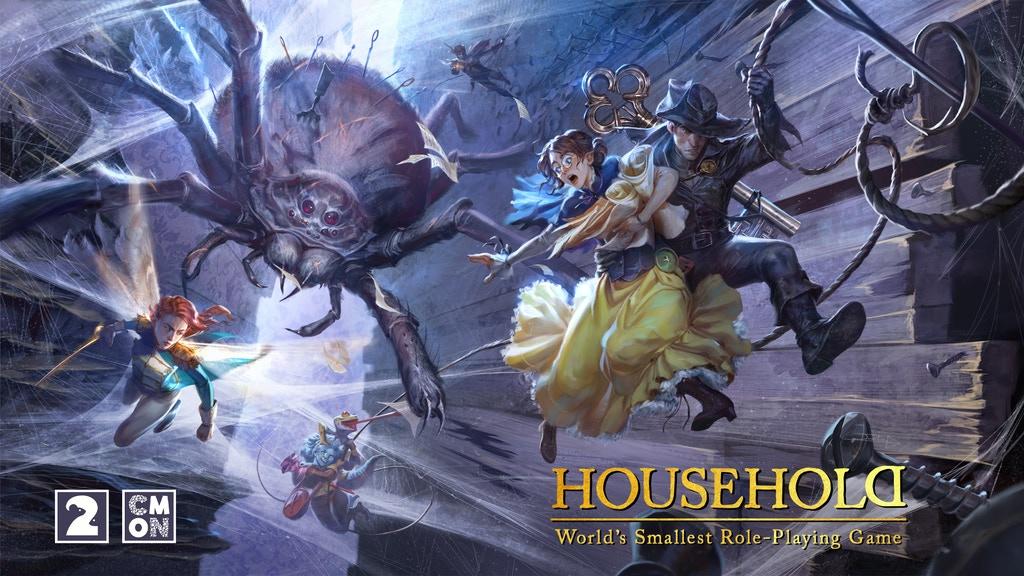 CMON has announced plans to launch a new Kickstarter to fund production of an English version of the award-winning RPG Household. The Italian tabletop roleplaying game was originally released in 2019 by 2LM Press and puts players in the role of Littlings, small creatures like Faeries and Boggarts that originated in European folklore. Littlings will explore a massive abandoned mansion where they’ll meet strange characters, deal with court intrigue and battle against spiders. This marks the first time that Household will be translated into English. The game won RPG of the Year 2019 at Lucca Comics & Games 2019.

In a press release announcing the new Kickstarter, designers Rico Sirignano and Simone Formicola spoke about the new version of their game. “Household was our first RPG,” the pair said. “We are so proud and thrilled to finally have a chance to share it with the whole world. This new edition will be the most ambitious project for us so far!”

CMON Games purchased 2LM Press last year with the aim of expanding their tabletop RPG offerings. 2LM also published the adventure game Broken Compass and helped develop Zombicide: Chronicles, an RPG set in the world of CMON’s popular Zombicide board game series. The studio is headed by Francesco Nepitello, one of the two main designers of The One Ring, the popular TTRPG set in Middle-Earth.

CMON’s last Kickstarter was to fund production of a Marvel Zombies version of Zombicide. That Kickstarter raised over $9 million to support production of both a core game and multiple expansions. Notably, the game will include a massive Zombie Galactus figure in addition to many hero and zombie versions of various Marvel characters.

The new version of Household will be a Collector’s Edition, featuring new illustrations and deluxe components that add to the game. The Kickstarter will launch in Q2 of 2022. You can sign up to be notified when the Kickstarter goes live here.