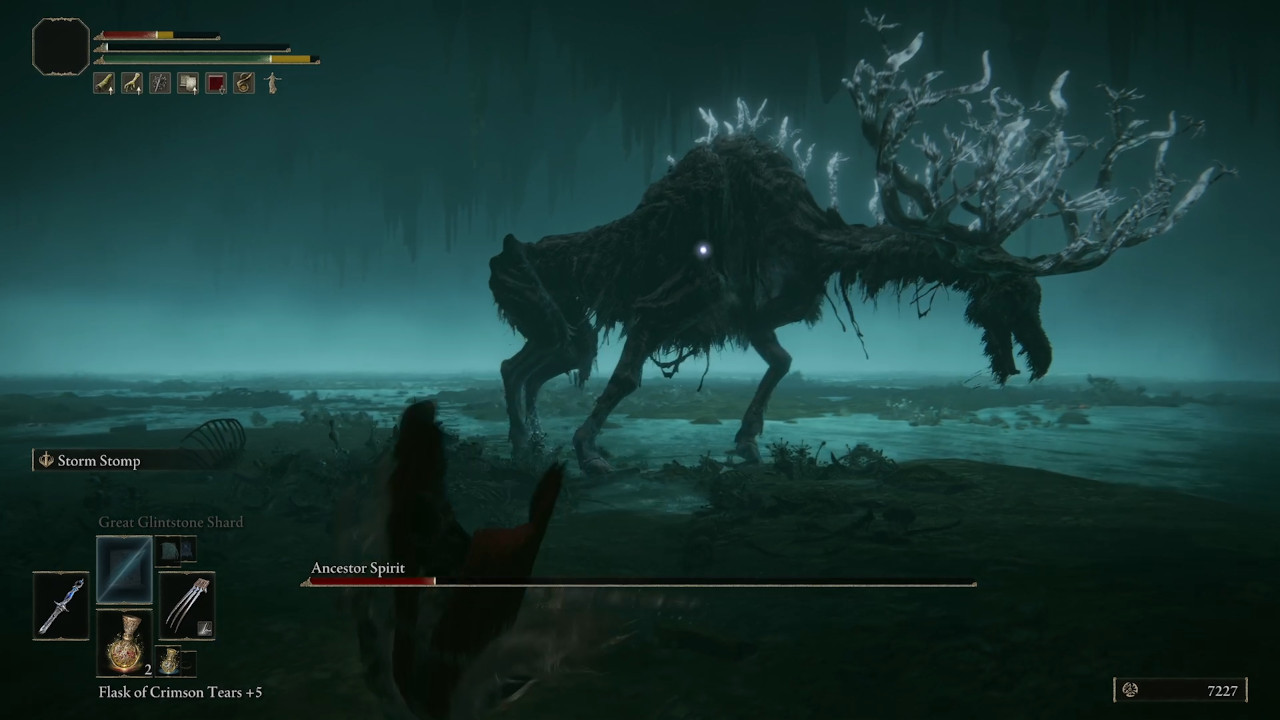 If you’ve lit the flame pillars in Elden Ring’s Siofra River, you’re ready to take on the hallowed, sacred spirit protected within this area, the Ancestor Spirit.  Despite appearing mummified by the surrounding environment and likely careful preservation by its worshipers, the beast is an agile foe and can be challenging to pin down.  This boss has a healthy spread of physical attacks and area of effect hazards which can protect it against close combat.  Read on for our guide on How to Beat the Ancestor Spirit in Elden Ring!

The Ancestor Spirit is a big, nimble enemy, and while it’s a rather large target for projectiles, it moves around quite a bit making it hard to hit, so if you use magic, use quick attacks.  This boss can be taken on via melee as well, typically around the sides in between its attacks.  If you break down enough of the beast’s poise, you might be able to go in for a critical strike on its head, and same with the Regal Ancestor Spirit in Nokron.  The spirit will move quickly around the battlefield while carrying out 3 important types of attacks. 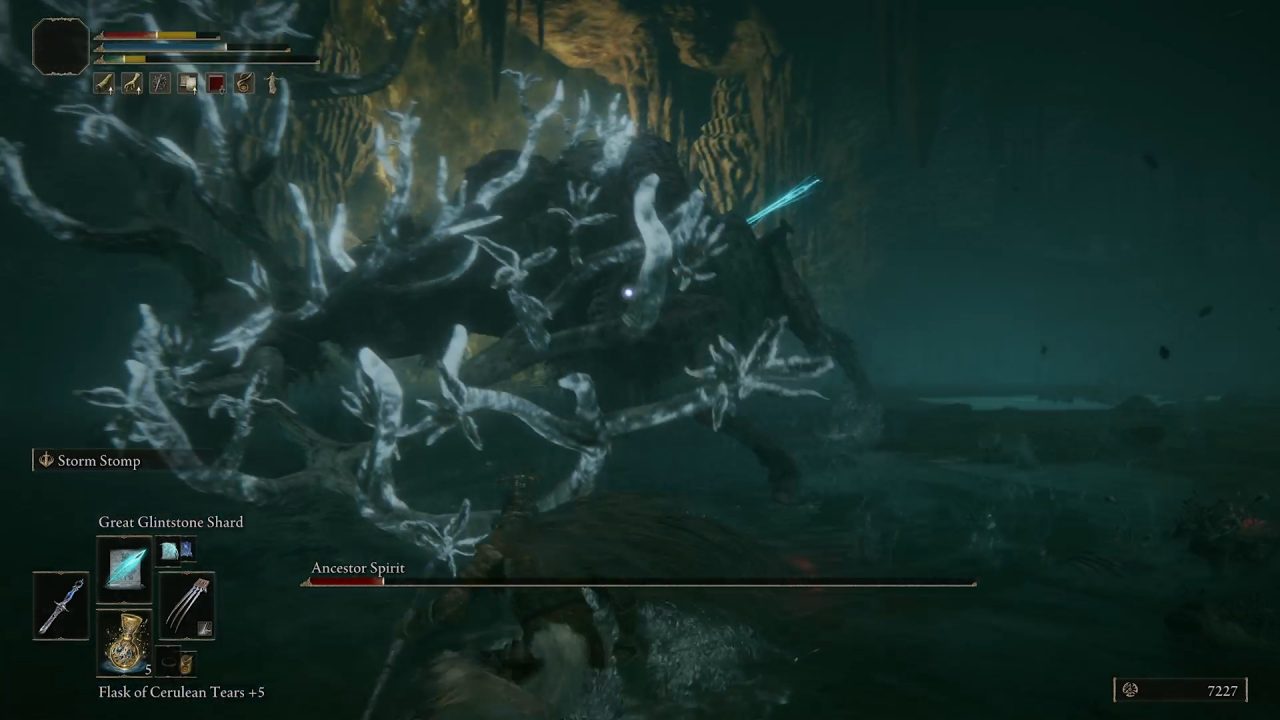 The first attack is a combo where it sweeps along the ground with its antlers, so block or dodge accordingly, as it heaves from left or right.  The second is a series of 3 jumps it takes into the air, the final one having a pause before it shoots down at you for high damage, time this to dodge it just as it launches.  The last attack worth noting is where it spits areas of the ground with a substance that deals heavy damage to you the longer you stand on it, so if you’re a melee fighter, try to jump over or run around these affected areas to rejoin the fight. 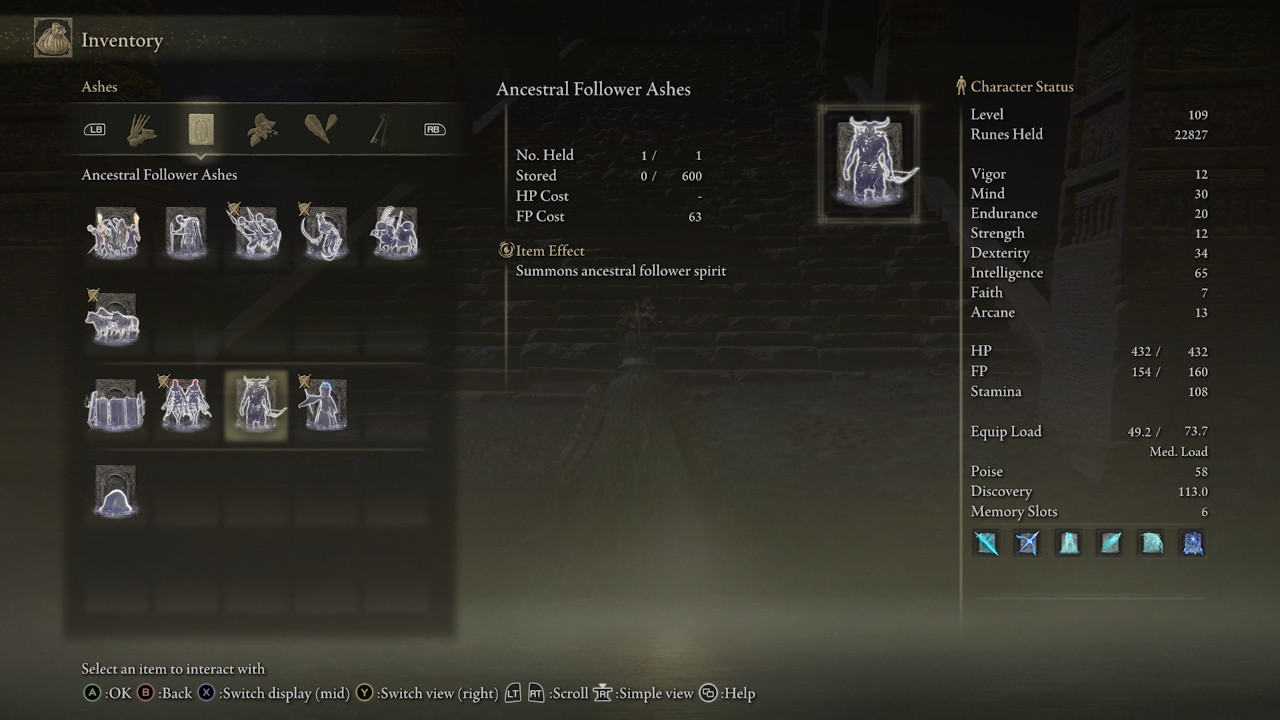 Upon winning you’ll receive Ancestral Follower Ashes and 13,000 runes.  You’ll now be able to summon your ancestral followers like the ones you encounter all around Siofra River, and these can be quite helpful in areas that show the arch icon. If you’re up to the challenge, later on, Nokron’s counterpart boss is tougher, hurts more, and can frequently regenerate its HP, so break its poise down over time to go in for the finishing blow!

This concludes our guide on How to Beat the Ancestor Spirit in Elden Ring!  Be sure to check out our other guides, and our review!

Elden Ring is out now for PC, PlayStation 4 and 5, Xbox One, and Series X|S.