‘It’s a tier above’: How a giant, cryptic RPG like Elden Ring gets translated 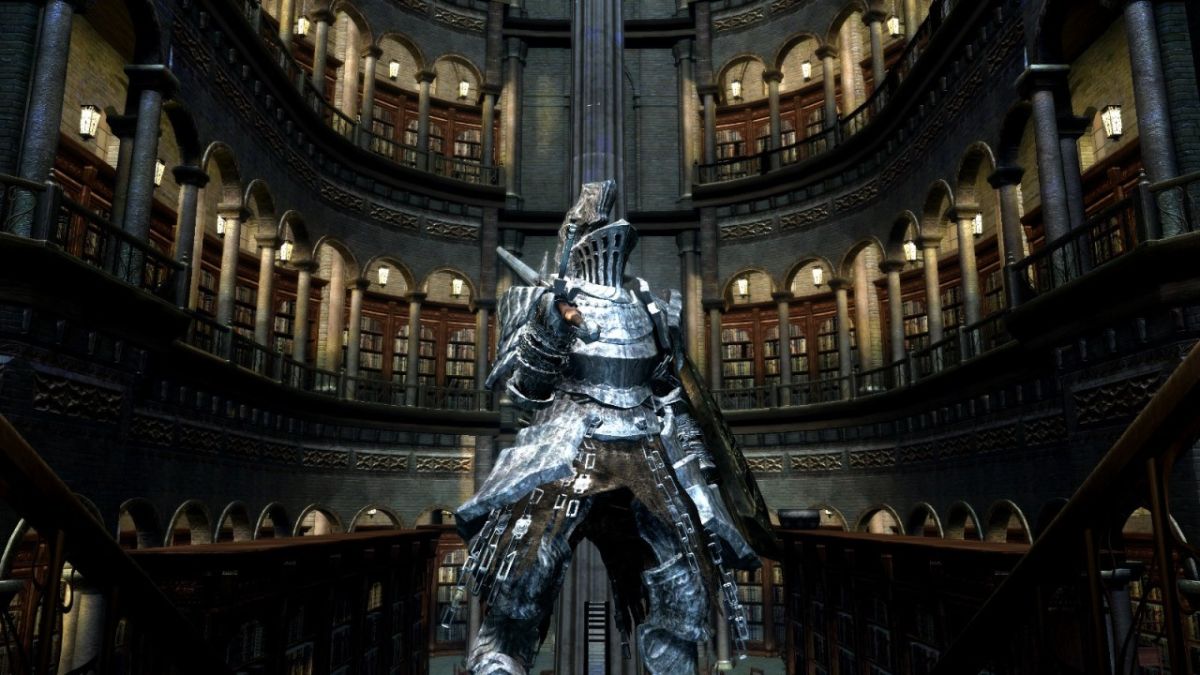 When Ryan Morris, long time localizer and translator of FromSoftware games, first saw Demon’s Souls, he wasn’t impressed. His first exposure to the series was the opening cutscene for the RPG that started it all, and it clocked as awkward.

“To be honest, my first concern was, can a Japanese director effectively make a Western-style fantasy game?” remembers Morris, who works with London and Tokyo-based localisation company Frognation. “I was quite concerned about that. I mean, the passion was there. But is he really going to be able to follow through? He’s unknown at this time. He’s not a legendary director.”

Hidetaka Miyazaki, the creator of the Dark Souls series, Bloodborne, Sekiro, and now Elden Ring, has definitely proven that he can follow through. Western fantasy is a strong influence on Dark Souls and Elden Ring, so much so that in order to capture the mood of Western fantasy, Miyazaki chose to have English-language voice acting even in the Japanese version of his games.

Still, while all the trappings of high fantasy are present in FromSoftware games, they wouldn’t be as cherished if it was pure emulation. The Soulsverse has a peculiar way with language, a bereft archaism that works hand-in-hand with the bleak grandeur of its worlds. Whereas most game developers strive to clarify each plot beat in order to avoid losing a player’s attention, Miyazaki’s games famously demand a lot: whole forums and YouTube channels are dedicated to making sense of narratives that are told so obliquely they can easily be ignored entirely. But if you’re not ignoring them, Soulsborne games seem to have a fathomless, mysterious depth uncommon even in written fantasy, and it’s something that feels uniquely Miyazaki. It’s vital to their barren, cryptic, and absurd moods.

So it must be hard to translate these games, right? Morris admits that compared to other titles handled by Frognation, “it’s a tier above” in terms of difficulty (Dark Souls is the Dark Souls of videogame translations, then? Well, yes).

“The text was very dense and very unusual,” Morris remembers of his first impressions working on Demon’s Souls. “It uses a lot of very unusual kanji, which sort of reminds me of the density of some English fantasy translated into Japanese. Translators who were very good, who were able to capture the meaning, but also to adjust it to Japanese so that it has this kind of authentic, archaic feel. It wasn’t just a bunch of transliteration of English terms, it was a good localization.”

With this in mind, Miyazaki’s particular taste in fantasy was influenced by a translated version of an English language text. With his games, that sensibility is then translated back into English, creating a kind of tonal layer cake. While this process can’t take all the credit for the ambiguous and often florid writing in the Souls games and Elden Ring—Miyazaki knows what he’s doing—it must have some impact.

But Miyazaki’s games aren’t pure high fantasy. There’s a subtle absurdism that runs through the series, whether it be the recurring vendor in Elden Ring who pops up in the unlikeliest and deadliest of places, or the characters themselves, such as Siegmeyer of Catarina in Dark Souls, a man in massive onion-shaped armour who seems jovially oblivious to the miserable decrepitude that surrounds him. These flourishes feel more closely aligned to the absurdism sometimes present in manga, or the novels of Kobo Abe, or the tonal disjuncture of the Yakuza series, than they do to high fantasy.

It’s a low key humour that isn’t eager to explain or justify its weirdness.

One of the big challenges of translating From games is nailing the tone. “[Miyazaki’s] original texts are like scripture, and then it’s filtered through me because I have to interpret it,” Morris said. “We ask hundreds of questions, but some of the more subtle things, like levels of absurdism, are a little bit too abstract to really discuss. We usually ask a lot of factual stuff, like ‘what’s going on? And why? What’s the relation here? And what’s the background here?’ so we know what language can be used and what can be left out while still mapping to the facts.”

“It’s been a bit of a collaborative effort with some characters,” Morris continued. “I interpreted Solaire, with some flair, and made some choices with how he would speak. There’s not quite as much embellishment in Japanese, although it all means the same thing. It’s sort of a holistic translation where you’re taking the context into account as you’re trying to make a coherent character. Miyazaki takes each character quite seriously, I think he kind of falls in love with them, and tries to make them speak very sincerely in almost all cases, but they can be misguided.”

Localising a From Software game follows roughly like this: Frognation is sent the Japanese text, which they then translate, with the help of Q&A sessions with the FromSoftware team. Usually a batch of received text will be for one particular character, and while it’s usually the complete chunk of text relating to that character, sometimes this text will grow, in some cases even double.

Once the dialogue is translated, Morris and Miyazaki go to London to work with the voice actors in-person, though that changed a bit with Elden Ring due to the Covid-19 pandemic (about “50/50” was in person, according to Morris).

And of course, character dialogue isn’t the only job: UI text and more needs translation as well.

“We have early conversations where we kind of get an overall feeling of what’s happening in the game,” Morris says. “But after that point, we have to alert [Miyazaki] to things that we don’t know. There’s not a big augmenting handbook that will give us a bunch of context that he takes the time to write – he’s really too busy for that. So we do the text, the scripture that we run off first, and then we have to consult him to find out what the context is so that we don’t make errors. Errors are inevitable, if you don’t have context, and text alone is not enough to translate correctly.”

On the particular difficulty of translating From games, Morris points to the lack of concrete forebears as a big obstacle. “Derivative is a loaded term,” he says, “but with a lot of stuff, it’s playing by a book. You have pop culture context that will immediately tell you what something means because it’s supposed to be immediately understood: it’s not supposed to be a mystery.” FromSoftware games aren’t like that.

But FromSoftware still gives a final okay. The fact that the Elden Ring player character in English is The Tarnished, rather than the more literal translation of asebito, which is “faded person”, is not an example of translation changing meaning: that was the closest parallel agreed upon by Frognation and Miyazaki himself.

As for the voice actors, a lot of thought is put into how and why they’re cast,. Lynn Robson, founder of Frognation, said that players have often sent feedback, impressed by the presence of regional accents that aren’t often heard in games. “Elden Ring presents complex family relationships,” Robson said, “and we came up with Welsh and Cornish regional dialects since both are derived from Brythonic language spoken in Britain before and during the Roman occupation and fitted the premise.”

Elden Ring is a reminder that one does not simply consume a FromSoftware game narrative: one studies it. At least if you care about the story. Morris has led the English localisation effort for every FromSoftware game, surely making him an authority on Souls lore. But he doesn’t think of himself as one.

“I don’t get into it deeply,” Morris said. “I skim over [the lore discourse]. I enjoy fun videos here and there and stuff, but I don’t dive too deeply.”

“We look into it as much as we had to, to get the translation right. And I love playing the games, I’ve played through the games, and  it’s one of the greatest joys that I have. But I do not continue my journey looking into the lore after it’s done,” Morris laughs. “I’ve gone through the texts a lot by the time it’s done, and I kind of enjoy watching some people enjoy it, out in the greater world. But I’m not interested in starting up a long, long conversation with somebody online.”