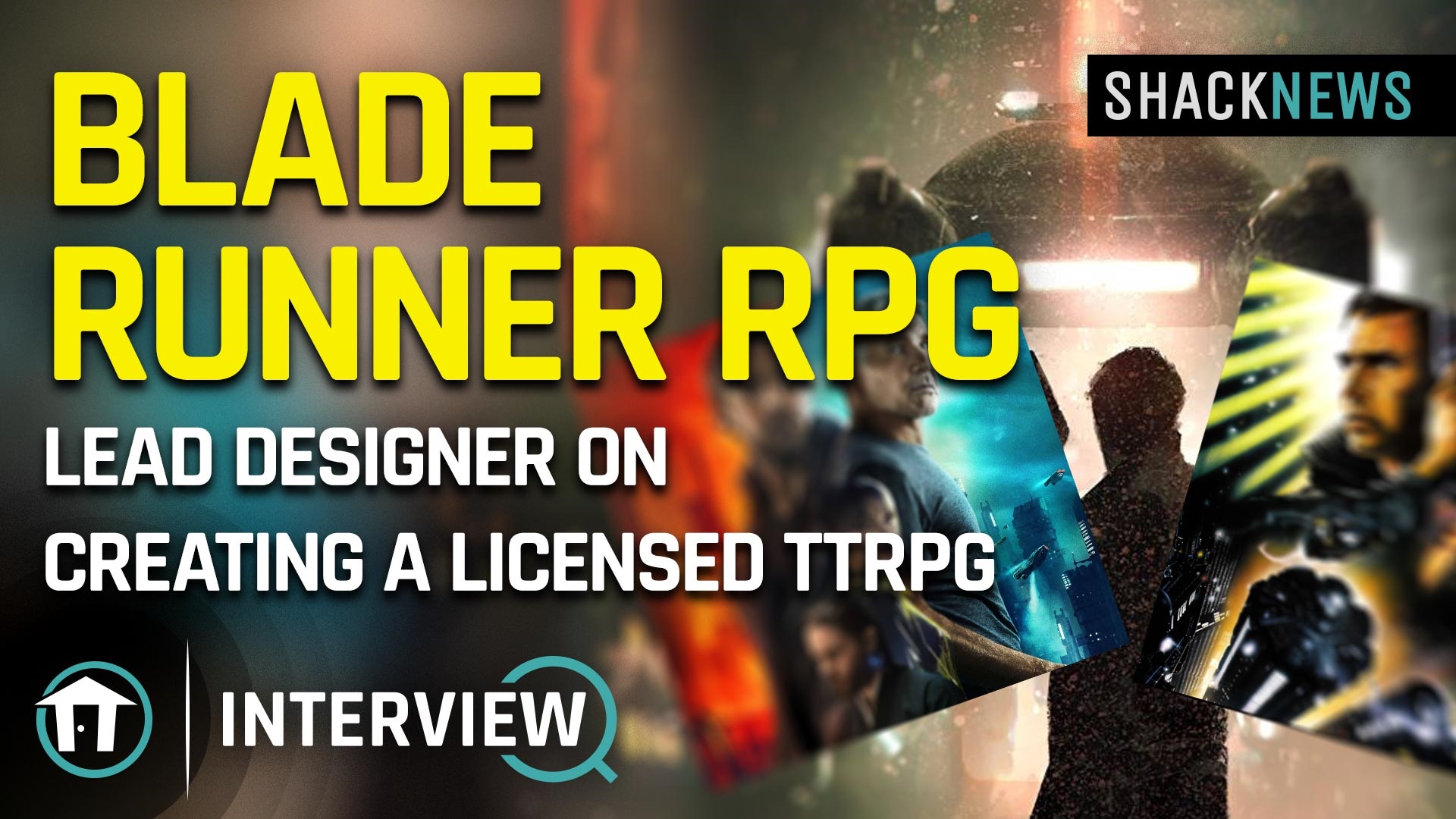 We take a closer look at the Blade Runner Tabletop RPG and get some insight from the Tomas Harenstam, the game’s lead designer in our latest interview.

Blade Runner fans are in for a treat, as there’s an upcoming Blade Runner Tabletop RPG in development from Free League Publishing and Genuine Entertainment. The game will reportedly “propel players into the streets of Los Angeles as Blade Runners with unique specialties, personalities – and memories” according to the game’s website.

Eager to learn even more about Blade Runner TTRPG, Shacknews’ own Greg Burke recently sat down with the game’s lead designer, Tomas Harenstam, who also serves as the Co-Founder and CEO of Free League Publishing.

Opening the interview, Greg asks Tomas who owns the licensing rights to Blade Runner while noting that there are many different types of rights before centering on asking about who owns the rights in the respect of a tabletop game like Blade Runner TTRPG.

“Our licensing partner is Alcon Entertainment, the publisher who among many other things did the Blade Runner 2049 film,” Harenstam explains. “So that’s our partner in this. They are the custodian of the franchise and the property, and they are the ones we submit everything we do to [in order] to make sure that it’s in line with everything else that’s being done in the Blade Runner universe.”

Expanding outward to the game itself, Blade Runner TTRPG has some unique gameplay features and mechanics that help set it apart from other tabletop games. It’s also designed with approachability in mind. Touching on this specifically, Harenstam begins:

We’ve been trying to get away from that in some ways, so the mechanics are easy to understand but do promote the themes and styles of the stories that the games are telling. We have a house system we call the Year Zero Engine, that also kind of helps that if you play one of our games a new one will be somewhat different mechanically but not completely different so you’ll know your way around when you get started.”

Looking at the site, there’s a note there as well about Blade Runner TTRPG rules being based around the company’s Year Zero Engine, though it’s also been “further developed and uniquely tailored from Blade Runner”.

As a whole, the interview is enlightening when it comes to the core foundation of Blade Runner TTRPG, and what players can expect from the game.

To learn even more about Blade Runner TTRPG, we recommend watching through the entire video on GamerHubTV. While you’re there, be sure to subscribe to GamerHubTV if you haven’t already, and subscribe to the Shacknews YouTube channel for even more awesome gaming content.

Morgan is a writer from the frozen wastelands of Maine who enjoys metal music, kpop, horror, and indie games. They’re also a Tetris fanatic who’s fiercely competitive in games like Tetris 99… and all games in general. But mostly Tetris. You can follow Morgan on Twitter @Author_MShaver.