Sony is one of those rare companies that have managed to make a name in the game console market. But the Japanese company doesn’t want to rely on a single niche anymore. During the latest investor presentation, it introduced the future plans. According to the slides, Sony will release half of its games on PC or Mobile by 2025.

“By expanding to PC and mobile, and it must be said… also to live services, we have the opportunity to move from a situation of being present in a very narrow segment of the overall gaming software market, to being present pretty much everywhere,” said Sony Interactive Entertainment president Jim Ryan. 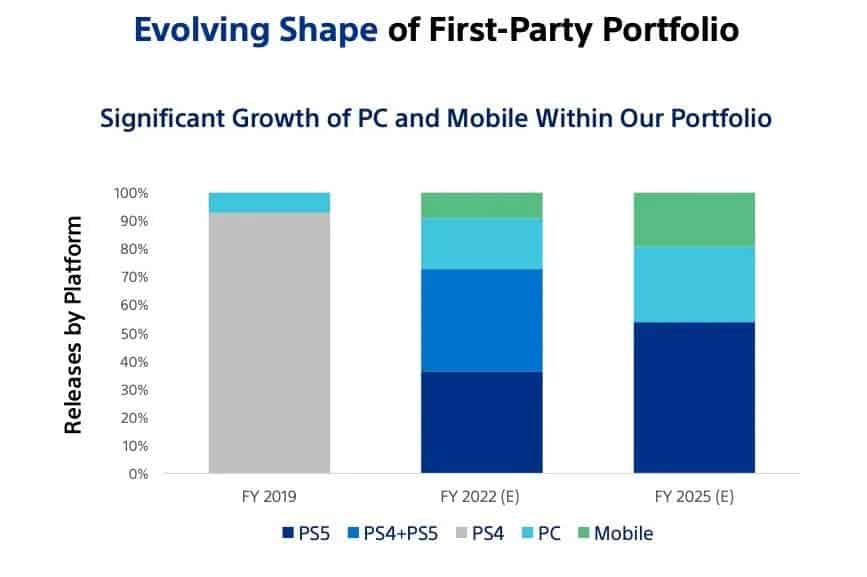 This sounds quite reasonable. Sony has a wide range of titles beloved by millions of gamers. So when they diversify their market, including not only game consoles but also PC, mobile, and live gaming services, it should lead to growth in all aspects. As Sony said, the number of people who play Sony games will increase significantly. This will drive more income for the company, as more people will spend money on Sony games. It’s one thing to develop titles for game consoles only and quite a different thing to bring those titles to the PC and mobile.

Why Switch From Game Consoles To More Versatile Devices?

Sony’s decision is not groundless. The company has already benefited from bringing titles like Horizon Zero Dawn, Days Gone, and God of War to PC. Last year, the net sales were $80 million, while it ought to reach $300 million in 2022. Anyway, this is not the first time Sony talks about its plans of sailing away from the game consoles business only. It has already launched a PlayStation PC label and even managed to get its hands on a PC port developer. 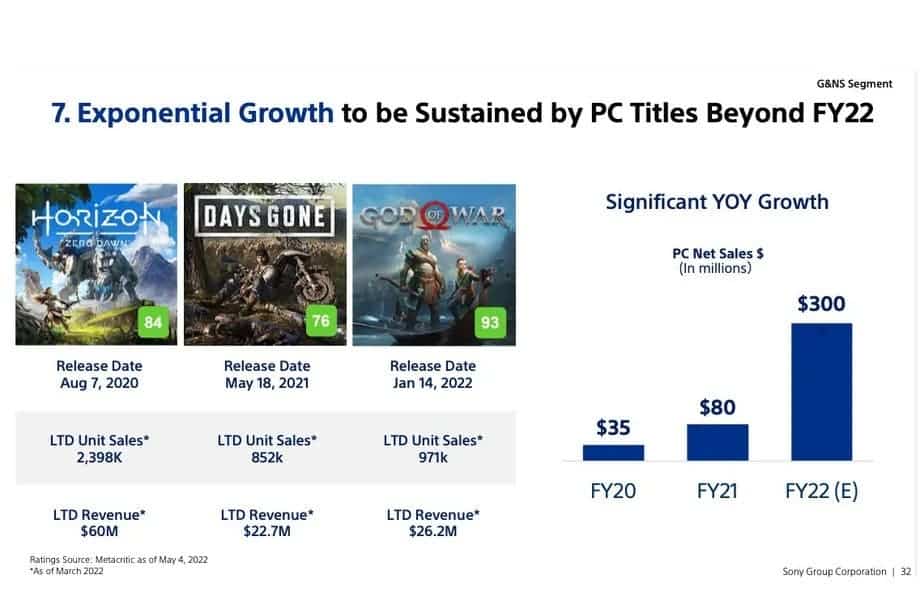 Apart from focusing on PC, Sony is doing its best to succeed in the mobile field as well. The company had hired the former content boss of Apple Arcade, Nicola Sebastiani. He is responsible for PlayStation Studios’ focus on mobile. In the slides, Sony showed that it will launch mobile games in different ways. Say, the company will co-develop titles with existing mobile developers and establish its own network of studios.

In terms of live service games, Sony is going to have 12 live service franchises operating by 2025. The first one will go live this year.

Wrapping up, Sony is going to transform its titles from game consoles to more versatile devices, such as PC and mobile.