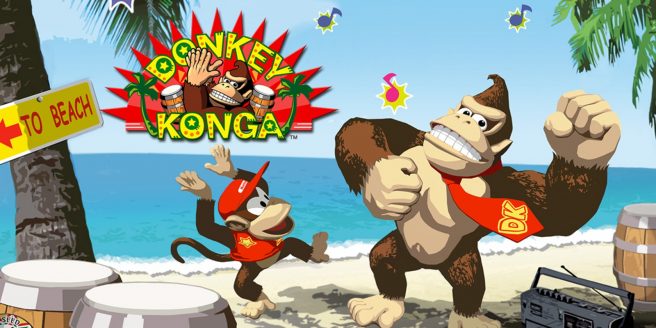 Reggie spoke about his disdain for Donkey Konga during an interview with G4TV this week. As it turns out, he had the belief that this particular game “was going to hurt the Donkey Kong brand.”

“I have to tell you, as an executive, I hated Donkey Konga. I hated it. I fought with our parent company. I thought it was going to hurt the Donkey Kong brand. Personally, I didn’t find it a lot of fun to play. I pushed back hard.

You know what? We launched it. The first game actually sold reasonably well, but boy I was not a fan.”

Donkey Konga first debuted on the GameCube in Japan on December 12, 2003 followed by September 2004 in North America and October 2004 in Europe. Two sequels would follow – though the third entry never left Japan.

A different Donkey Kong title, Donkey Kong Barrel Blast, actually had the greater potential of negatively impacting the series. Based on pieces compiled by Metacritic, the Wii racer is the franchise’s worst-reviewed game.