Pompom is, simply put, amazing. The gameplay is challenging and varied, but never unfair, while the visuals and sound are as nostalgic as they are well-made. Basically, if you like good games, play PomPom asap. 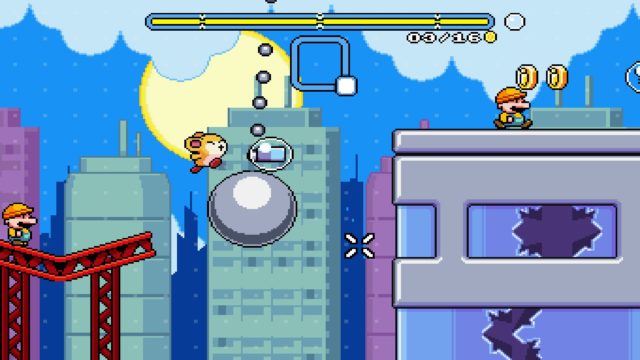 I’ve kept an eye on Pompom for a while now, after seeing it when an indie dev I like retweeted a trailer for it. I jumped at the opportunity to review it, and I’m glad I did, as Pompom is one of the most plainly fun games that I’ve played in a while. It’s as charming as can be, and provides a good challenge to boot.

In PomPom, you play as the titular PomPom. You’re the pet hamster of a young boy named Hoshi, who just found some gems outside his house. It turns out that these gems belong to some nasty cat pirates from outer space, who kidnap Hoshi to reclaim their gems. This leaves PomPom with the task of rescuing his human from the evil pirates, even if it means traveling between worlds to do it. It’s a simple, delightful story that perfectly suits such a cute game and feels straight out of something like Doraemon. 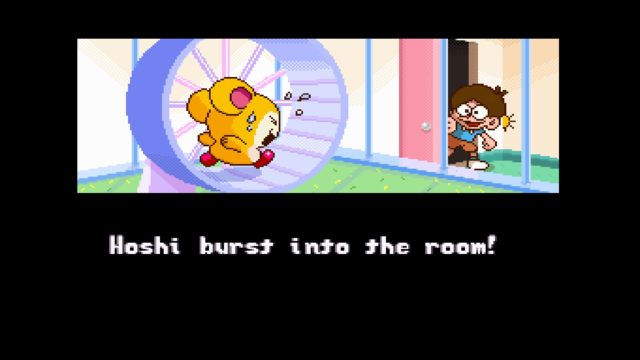 The neat thing about PomPom is that you don’t really control PomPom himself as he platforms through a stage. Rather, you play as a cursor that can place platforms and interact with the environment to enable PomPom to reach the end of the stage. At first, you kind of have to rearrange your way of thinking when it comes to platformers, but pretty quickly, you’re sucked into the gameplay system.

PomPom does an excellent job of introducing cool new mechanics gradually throughout its runtime. You start by just placing platforms, but soon, you’re making surfaces sticky to slow PomPom down, or having PomPom use a whip to swing around. I never felt bored with PomPom, as a new and interesting form of gameplay would be added every time I got used to the last one. This variety of mechanics made each level feel fresh and new, and that’s quite a feat, as there are plenty of levels throughout the game. 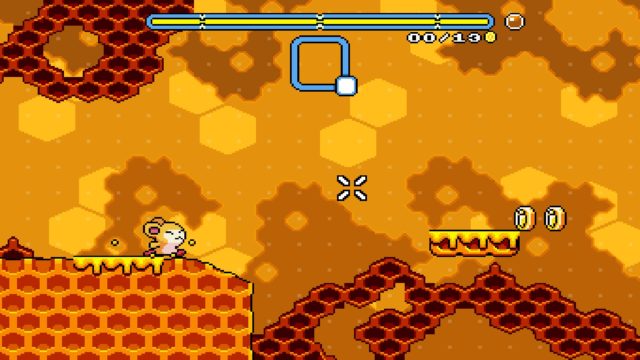 Don’t let the adorable visuals deceive you, PomPom is genuinely challenging. Though you can freeze time for a set while to make placing things easier, sometimes you’ll need to place something in just the right spot to make sure you get through an area safely. There’s a transparent grid that makes this easier, as well as more than fair checkpoints and a handy one-time revive per run, which makes the challenge feel completely fair. It’s just the right type of difficult, which is perfect for me.

“ It’s the kind of game that just makes you happy as you play it, because of the sheer amount of charm available in aesthetic.“

Just looking at PomPom is a delight, as it has incredibly well-crafted pixel graphics that are reminiscent of classic SNES games. The visuals also feel influenced by happy-go-lucky shows like Doraemon, as well as the glorious 16-bit era of gaming. It’s the kind of game that just makes you happy as you play it, because of the sheer amount of charm available in aesthetic. 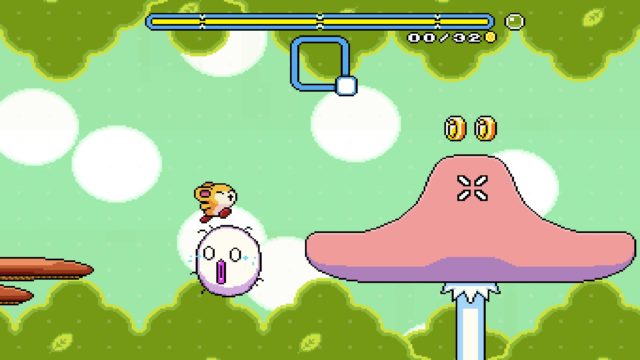 The music and sound effects are similarly pleasant. I knew as soon as I saw the trailer for PomPom that it would be breezy and silly, just from the excellent theme used in said video. The sound of PomPom jumping on a foe or just goofily walking along really sells the retro feeling, which also being undeniably adorable.

The Final Word
PomPom: The Great Space Rescue is a wonderful indie game that shakes up the platformer formula to excellent results. The gameplay is challenging, addictive, and varied, while the presentation is simply perfect. Just play PomPom if it looks neat to you, you won’t regret it.

MonsterVine Rating: 5 out of 5 – Excellent