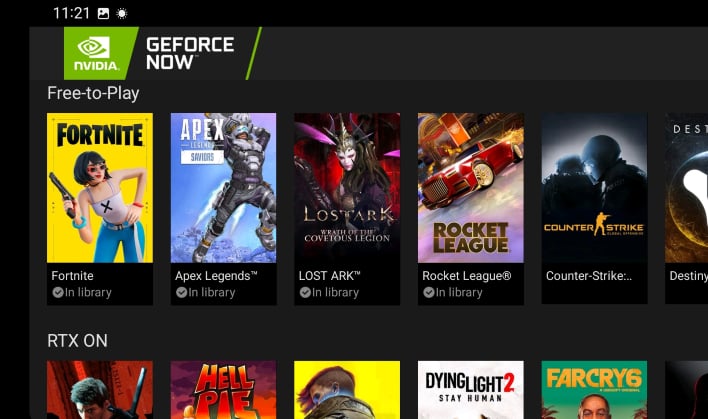 NVIDIA’s GeForce Now game streaming service is adding support for smooth 120fps mobile gaming to a much wider range of Android devices. However, there are a couple of requirements that you will need to meet in order to get that type of performance.

Mobile gaming has been growing in popularity, as more and more games are being made available to play via smartphones and tablets. In an attempt at cashing in on the trend, companies like NVIDIA are providing streaming services that allow gamers to take their PC games on the road with them without having to lug around a laptop. But until now, most gamers have been stuck at having to play at 60fps, even though their mobile devices are capable of more. Now, NVIDIA is giving some the ability to double those frame rates, as long as they meet two requirements.

GeForce Now is NVIDIA’s cloud gaming service that can be used across multiple types of devices. It allows gamers who may not be able to afford an expensive gaming rig the ability to play higher end games, as well as take their beloved PC games with them as they go about their day.

NVIDIA offers up three tiers to choose from. There is a free tier that gives someone the opportunity to try the service out without having to sink any money into it. But it is the $20 a month RTX 3080 tier that you will need if you want to get 120fps on your mobile device.

Along with having to subscribe to the 3080 tier, you will also need a compatible device that supports the higher frame rates. A few of the phones and tablets that are capable of 120fps are the Samsung S21 and S22 lineup, Galaxy Tab S7 and S8, Asus ROG 5, Google Pixel 6 Pro, and the One Plus 9 Pro. As of right now, Apple devices will still only get 60fps, even if the device has a 120Hz screen.

Being able to double the frame rates could be a huge deal to some mobile gamers, especially those playing shooters. The amount of frames you are getting, along with the refresh rate of the devices screen, will determine how smooth the actual game appears on your device.

The update has started rolling out this week. So, if you have a supported Android device and are using GeForce Now, you will need to make sure to update the app on your device(s) so you can that improved game performance.