Kirby and the Forgotten Land Preview – The Last of Us but Adorable?

Like many of you, I enjoy a wacky little Kirby game here and there. When Nintendo announced that the next Kirby game, Kirby and the Forgotten Land, would seemingly take place in…*checks notes*…the post-apocalypse, uh, I was pretty down with that. It’s a weird combination, but so is Kingdom Hearts and that rules, so I’m down for some Mad Max x Kirby. The demo covers the first world, and hot diggety, it’s as fun as it is cute. 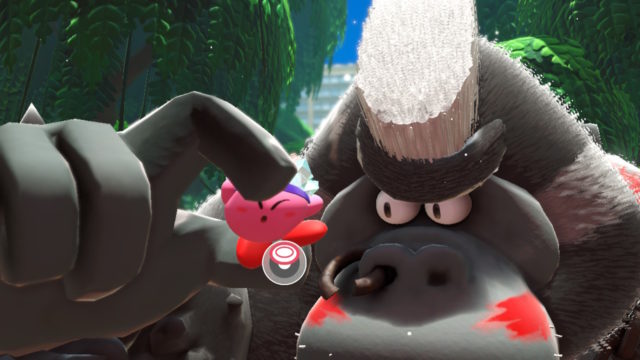 Kirby is just chilling when he is sucked into a seemingly abandoned Earth-like world. There, he finds dogs and birds capturing Waddle Dees that have been sucked in, and putting them in big cages they could probably get out of. Being the heroic little guy that he is, Kirby decides to travel this deserted city to free the Waddle Dees alongside his new pal Elfilin, even if it means swallowing cars and fighting big gorillas.

This is the first fully 3D Kirby game (the N64 one was a weird mix of 2D and 3D, after all,) and it works quite well. Running Kirby around a 3D environment is smooth and quick, and certain features have been streamlined to make directional button presses that were previously needed irrelevant. Kirby auto-swallows things that give him powers, and can manually swallow other things with the trigger buttons. This simplifies things and speeds up the process of swapping between powers, which works well with 3D. 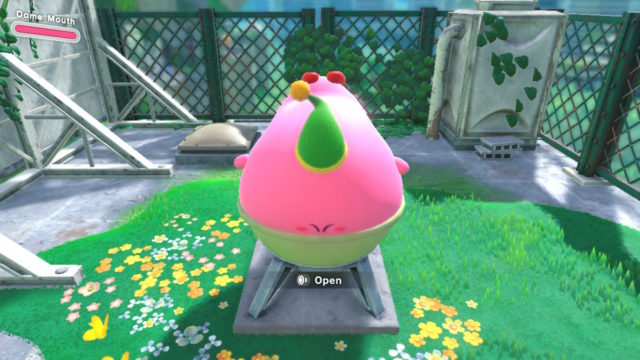 Sure, powers like Sword and Ice are back, but the real highlight is the Mouthful Mode, where Kirby wraps his whole body around a large object when attempting to eat it. The demo lets you be a car, vending machine, and pylon, and all three had distinct abilities and charmingly goofy designs. I can’t wait to see what else you can wrap around in the full game, as this is the most fun gimmick a Kirby game has had in quite a while. You don’t even have to give up your current power to go Mouthful Mode, which makes power management even easier.

“The enemies have a lot of charm to them, as always, and I quite liked the giant gorilla that you fight at the end of the demo.“

The demo gives you the choice between regular difficulty and “Wild Mode,” which is described as harder but more abundant with Star Coins as a result. I found Wild Mode was still really easy, so I recommend trying it even if you don’t normally pick harder modes. I assume Star Coins will be used to buy the little trophies of Kirby and his cohorts that you find in gachapon capsules throughout the demo, so having more of those on a still-easy difficulty can’t hurt. 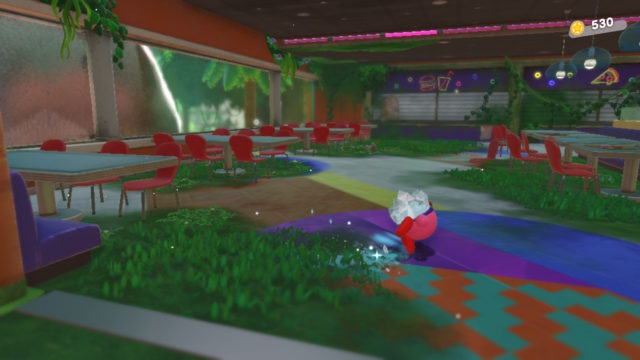 The environments and landscapes are quite nice for such a simple game, though background enemies had some framerate issues in handheld mode. There’s a surreal sensation to seeing Kirby traverse a town that is overgrown with flora, but this kind of experimentation keeps a series fresh, so I appreciate the bold decision. The enemies have a lot of charm to them, as always, and I quite liked the giant gorilla that you fight at the end of the demo.

So all-in-all, Kirby and the Forgotten Land has me excited. It’s weird and fun and silly, and those are my three favorite things. I look forward to running around other desolate locations as everyone’s beloved pink puffball and seeing what other peculiar powers the development team came up with. Kirby and the Forgotten Land releases for the Nintendo Switch on March 25th.