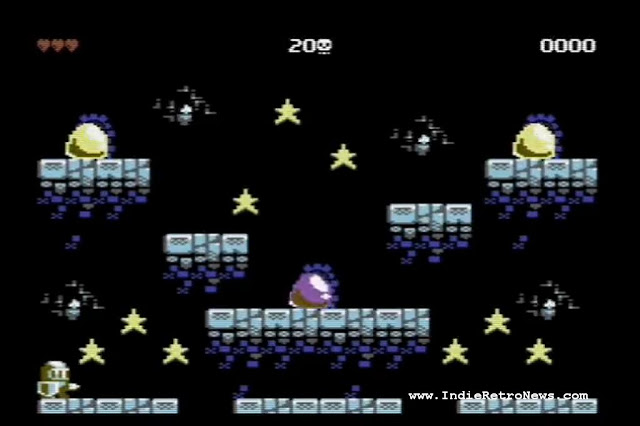 Another C64 news story for you all, and one I think many will still be interested in playing when it gets an eventual release, is the upcoming game of Knights & Slimes for the C64 by Monte Boyd. Yes indeed thanks to another shout out on Twitter, not only is Monte Boyd still working on his new arcade platformer for the C64, but the creator behind the game has has recently released some new footage showing a few level layouts, Music and SFX (WIP) and the first powerup – lightning bolt.

Although the creator has shown some more footage above which looks to be an Arcade platformer as you play as a knight popping slimes across multiple levels. The developer has stuck to his word thus far as he did say previously that he is hoping to turn the game into something more throughout the next few months, and will then move on to bigger projects. Hence the latest developments from the previous showing……And that’s pretty much all we have on the game so far, but as soon as we know more including features, we will make sure to do a much bigger article on IRN in the near future!