Dawn of Ragnarok — How to leave Svartalfheim

The realm of Svartalfheim is vast, and you’re bound to wonder how you’d get there. Later on, you might also want to return back to England just for a change of pace. Here’s our Assassin’s Creed Valhalla: Dawn of Ragnarok guide to help you reach Svartalfheim at the start, as well as how you can leave it and return to England.

Note: We’ll have an Assassin’s Creed Valhalla: Dawn of Ragnarok guides and features hub soon, so stay tuned. For now, I suggest checking out our expansion world map fast travel and points of interest guide.

Assassin’s Creed Valhalla: Dawn of Ragnarok guide – How to reach or leave Svartalfheim

If you already own Assassin’s Creed Valhalla: Dawn of Ragnarok, then a notification will tell you about going back to Ravensthorpe. Once you’re in your settlement in England, track the quest and sit under Eivor’s favorite tree in the yard. This leads to a vision where Eivor, in the guise of Odin (aka. Havi), is helping Frigg/Freya search for Baldr (the couple’s son).

I won’t spoil what happens, but you should, eventually, end up back in Ravensthorpe. Talk to Valka and she’ll ask you to pick up some mistletoe. Sprinkle this on the objects in the ritual site so you can make your way back to Svartalfheim.

Note 1: The realm of Svartalfheim in Assassin’s Creed Valhalla: Dawn of Ragnarok has a recommended power level of 340. If you meet or exceed this requirement, then you can proceed as is. If not, Valka will say that she has a potion that you can drink. This will temporarily boost your power to match the enemies in that realm so you don’t feel under-leveled.

Note 2: You’re not required to finish the Asgard arc at all, but your settlement definitely needs to be at a higher level so you can build Valka’s Hut.

Note 3: There’s a strange bug that causes you to use the reindeer mount in Svartalfheim. If you go back to England, it’s as though you don’t have a mount assigned and you need to talk to the NPC at the stables. 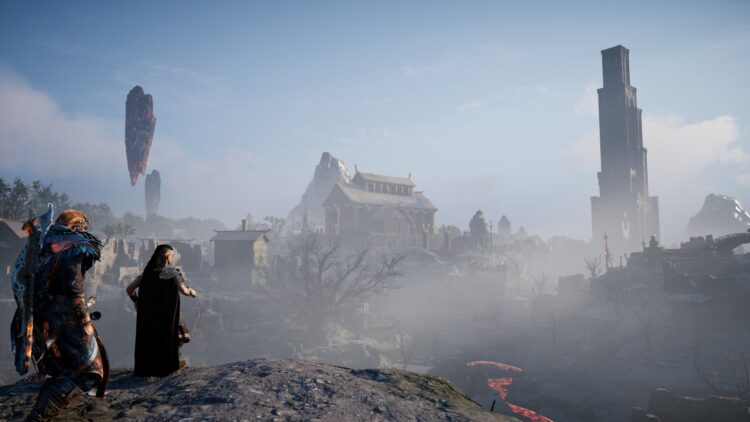 Next, continue to progress as you learn about various mechanics, such as the Hugr-Rip powers and more. You’ll soon find your first Dwarven Shelter and, from there, the rest of the game world opens up.

At this point, you’ll notice that the Atlas button on the world map is greyed out. That’s right, you won’t be able to select England or other locations normally from this screen. Instead, you’ll need to pan the world map until you see the northwestern area of Svaladal. There, you should find a curious-looking icon of an eye. This is the Asgardian Gate, and you can use it to make Eivor wake up.

Note: I already purchased the map reveal booster way back, which meant that this location was visible from the get-go. I’m not sure if you actually need to visit this place to make it pop up if you don’t own the booster. In any case, you can check the image below for the tower’s location. 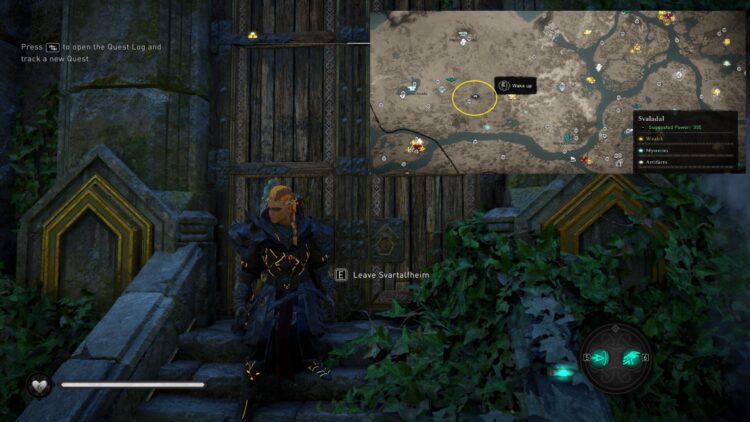 I would suggest leaving Svartalfheim and returning to England for just a bit in Assassin’s Creed Valhalla: Dawn of Ragnarok. Once Eivor wakes up, you’ll receive a quest called Legendary Hoard. This gives you two treasure maps that refer to specific spots in Svartalfheim.

To return to the realm of the Dwarves, simply go back to Valka’s Hut and drink the potion. You should be able to choose your spawn point (i.e., the last area you were in before waking up or the Valkyrie Arena). 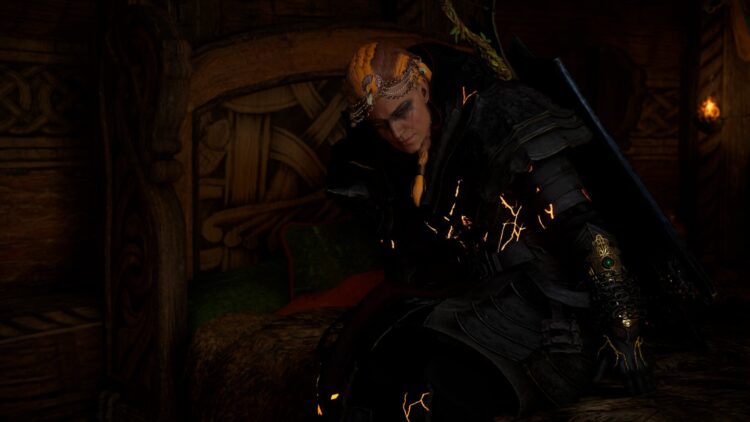 Assassin’s Creed Valhalla: Dawn of Ragnarok is available via its official website.