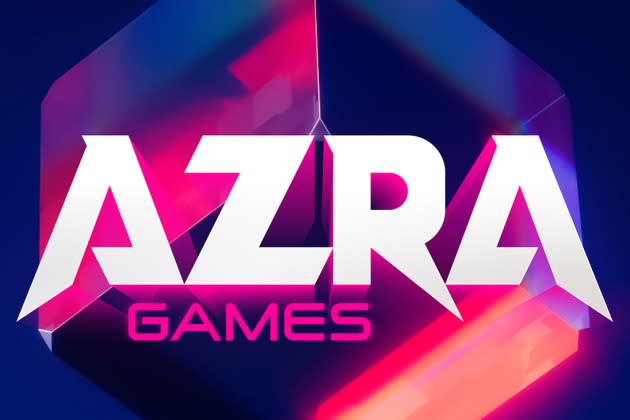 Otero is known for known for developing, building and managing RPG titles including the free-to-play mobile RPG game Star Wars: Galaxy of Heroes and Heroes of Dragon Age while serving as GM of EA’s studio Capital Games.

More from The Hollywood Reporter

“I’ve always been a longterm nerd and role-playing game player, ever since the second grade,” Otero tells The Hollywood Reporter of his background. “I was a dungeon master for over ten years, got addicted to storytelling.”

But there’s always been something Otero has wanted to “crack,” he says, explaining his vision to reach the level of ultimate fantasy. “When we were growing up as kids, we didn’t have rules, and so we just mashed everything together; the box of misfit toys and broken robot parts. But as a kid those were some of the best moments, where I’d spend hours just tinkering and creating these challenging situations. Mostly they went to battle [and] destroyed each other.” That idea of having everything, all at once, is part of the element he craves.

He explains that playing a traditional collectible game on mobile or on the computer can be so limited. “You have humanoid against humanoid or animal pet versus animal pet.” Otero notes that Star Wars: Galaxy of Heroes fell into this somewhat limited category. “It approached the ultimate fantasy but not quite achieved it.” With Project Arcanas, Otero’s vision is for the game to go beyond the standard 5 vs 5 competitive format of player vs player games. He says that in this mass combat RPG, there will be giant creatures that co-mingle with heroes, villains and soldiers. “We’re going to mangle them up and it’s going to be an interesting party.”

Of the web3 element, Otero says that he thinks of the game in two layers: the top layer being the visual element that the player interfaces in and experiences the sci-fi world, while the layer beneath it is the economy that supports the game. “We really see NFTs cutting through both layers, where there’s an NFT component on the visual layer, then there’s an NFT component when it comes to the economy layer from the user ownership perspective.” He sees NFTs as a “key breakthrough” for gaming because the blockchain, at a fundamental level, allows the player to own things.

Otero highlights Michael Noriega, Azra Games’ game director, who was the technical art director on Star Wars: Galaxy of Heroes and is leading the battle experience on Project Arcanas. “Maybe surprisingly, I’m actually not a huge fan of the sort of games that I’ve built in the past,” Noriega tells THR. “The games that inspire me are more of the ones that are very cinematic with great music and visuals, like Skyrim and Red Dead Redemption. First person games in general.” He notes that there are aspects of those types of games that are “absolutely possible” in RPG games. “And we just haven’t really seen games that effectively use those sort of cinematic systems.”

Then there’s Neel Upadhye, who serves as vp of creative development at Azra and, as Otero describes, will be creating the universe and lore for the characters, monsters and creatures that the players are going to collect. For Upadhye, Lord of the Rings is “far and away” the franchise that made him fall in love with storytelling. After first going to film school, he ended up in the games industry and worked at Electronic Arts as a creative director for fourteen years: “That epic world building, that’s really what gets me up in the morning,” Upadhye tells THR. After working on Star Wars across multiple games on the marketing side at EA, Upadhye says that the opportunity with Project Arcanas to “start from scratch, shoot for the moon and create our own space opera in a new galaxy that no one’s ever seen, in really a science fiction and fantasy world where technology and magic coexist” was really compelling.

Otero says that this shared love of role-playing is what brought them all together — and not just now, but years ago. “We thought this was a really great opportunity to raise a large seed round to give us the innovation budget we needed to really challenge and elevate what’s possible in achieving that fantasy.”

There is an element of the unknown, Otero also points to. “I haven’t personally, and I don’t think any of us here, have seen a game that we’re satisfied with where its longterm economics are going to sustain the game.” He goes so far as to say there may not be one, and it may just be about the collection of NFTs. “We simply don’t know, but what we do know is that the NFTs are going to play a very key role in our game,” he says. One of these ways is that players will be able to collect NFTs, but the other is that they’ll be able to create their own content to share and trade amongst other players. “There’s an interesting ecosystem that we’re building within the game, where people are going to be able to share and have different roles together. That’s a big part of our aspiration in building this.”

Azra Games is based in Sacramento, with a team of twenty-four.