EA and Respawn Entertainment announced today that they are officially opening up pre-registration for the much-anticipated battle royale Apex Legends: Mobile. Based on the incredibly popular console/PC battle royale of the same name, this mobile adaptation has been long-awaited for nearly a year now.

For those few that haven’t heard of it, Apex Legends is a hero-based FPS battle royale. Featuring a diverse and expansive cast, it sees you, and potentially up to two others, drop into a massive map to loot and battle your way to the #1 spot amongst other squads in the same match. Sporting a very in-depth movement system and excellent shooter gameplay, Apex Legends has become a mainstay in the triple-A battle royale market on consoles and PC.

And now, with a mobile adaptation on the rise, Respawn is looking to take that success to the other gaming market as well. While we only have a few details on what exactly Apex Mobile will look like, it’s already become one of the most hyped releases of this year. With the news today, that hype seems like it might finally be getting met. Pre-registers have opened up, and typically this happens very close to the games’ release, so it’s safe to say we’ll all have our hands on Apex soon.

Apex Legends Mobile is built from the ground up to accommodate mobile platforms, so you don’t have to expect a poor controlling or poor performance subpar port. This version of the game is dedicated to offering mobile users the same experience that the console and PC players have enjoyed, just a bit more simplified. It’s even going so far as to include maps and game modes specific to the mobile version, so those of you playing on your phones might see content that the main version players won’t even get to look at!

If you’re looking to get ahead of the curve and get those pre-registers now, you can do so onGoogle Play for the game or just head over to the pre-order page. If you’re looking for more information on the game, you can find that on EA’s website. In the meantime, get your trigger finger ready and prepare for what will likely be the biggest battle royale on the mobile market upon release. 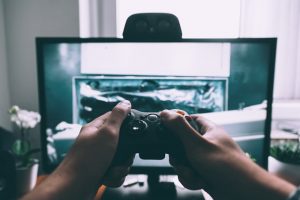