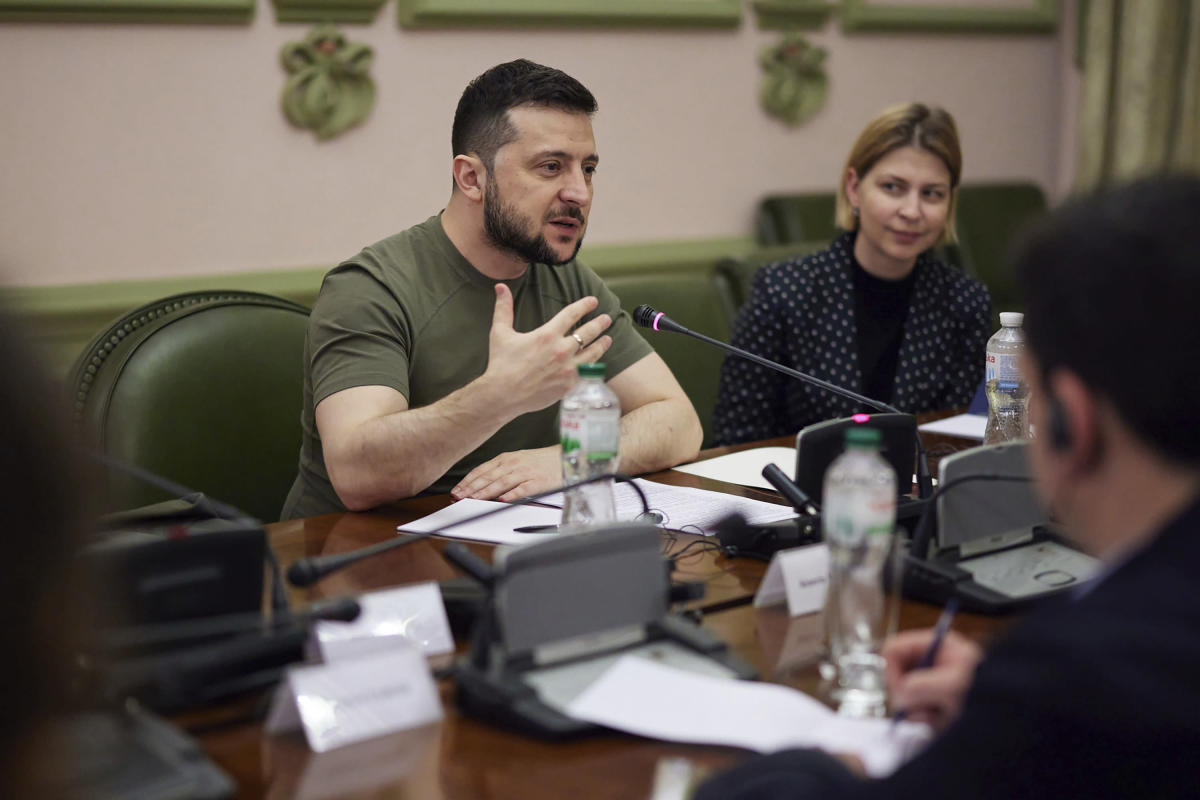 Ukrainian President Volodymyr Zelenskyy on Friday suggested some Western allies are “playing games” amid delays in weaponry being sent into the country — and questioned whether current efforts by the U.S. and other nations to arm Ukrainians are enough to win the war.

Zelenskyy, in an interview with Fox News’ Bret Baier, said he has faith in the West, adding that he believes that both Ukraine and the U.S. share the same values. But the Ukrainian leader said if the arms or aid efforts slow, Ukrainians may begin to question their allies’ motivations.

“I believe that the United States, the people of the United States want that but if this process gets longer, continues to be delayed, if we can see that the process of transferring those weapons is getting slower, then people begin to ask the question, ‘Is it really true?'” Zelenskyy said. “Maybe there is some game behind it. I don’t want to believe that some partners of ours are playing games.”

Zelenskyy’s continued calls for assistance come as more than two dozen nations have purchased and delivered weapons to back Ukraine’s war effort. The European Union signed off on a package worth $551 million to help arm Ukrainian soldiers, while the U.S. alone has sent billions of dollars in missiles, ammunition and other items to the country.

“We don’t want a million of quality bullet proof vests or some special brand helmets,” Zelenskyy said in an apparent dig at Germany. “Just give us missiles. Give us airplanes. You cannot give us F-18, F-19, or whatever you have. Give us the old Soviet planes. That’s all. Give them into my hands. Give me something to defend my country with, my state,” Zelenskyy said.

Zelenskyy’s rhetoric also comes as there’s no end in sight for the conflict in Ukraine. Russian and Ukrainian negotiators appeared to be making progress earlier in the week, as Ukrainian officials said the country would be willing to declare itself permanently neutral, but only with ironclad security guarantees from other nations, including the U.S. Russia, meanwhile, suggested it was pulling back forces around Kyiv and Chernihiv to increase trust amid the talks, though U.S. and NATO allies threw cold water on Russia’s intentions.

Zelenskyy said Friday that he talks to Biden “quite often,” and said he would like to see the U.S. as one of these security guarantors moving forward. He said the U.S. is considering this proposal in a “positive way.”