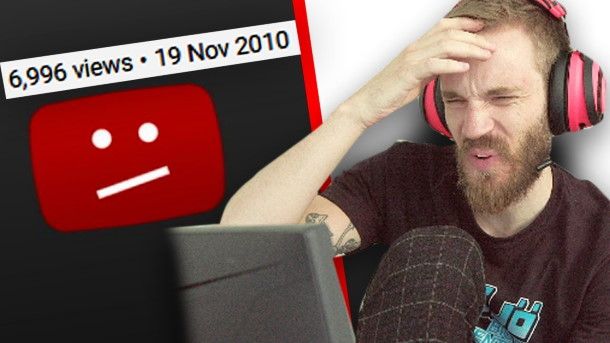 The shifting sands of the streamer world have seen a number of big-name streamers declare themselves for one platform or another: Ninja, Shroud, and King Gothalion committed themselves to Mixer, while DrLupo, timthetatman, and LIRIK re-upped with Twitch. Now YouTube has (re-)signed the biggest of them all, announcing today that it has signed an exclusive streaming deal with Felix Kjellberg, better known as Pewdiepie.

“YouTube has been my home for over a decade now and live streaming on the platform feels like a natural fit as I continue to look for new ways to create content and interact with fans worldwide,” Kjellberg said in a statement. “Live streaming is something I’m focusing a lot on in 2020 and beyond, so to be able to partner with YouTube and be at the forefront of new product features is special and exciting for the future.”

YouTube has also been the site of Kjellberg’s occasional outbursts of racism and antisemitism, including one, in which he paid two men in India to hold up a sign saying “Death to all Jews,” that resulted in the cancellation of his “Scare Pewdiepie” reality show on YouTube Red. The same year, he used a racist slur during a livestream, prompting developer Campo Santo to file a DMCA takedown request relating to Firewatch “and any future Campo Santo games.”

In late 2019, Kjellberg announced that he was “taking [a] break” from YouTube, after criticizing it for new policies prohibiting videos containing “veiled or implied threats,” or that “maliciously insults someone based on protected attributes such as their race, gender expression, or sexual orientation.”

But nothing succeeds like success, and Kjellberg, despite his well-publicized troubles, is still one of the biggest streamers on the planet. He has 104 million subscribers on YouTube and has amassed more than 25 billion views since launching his channel in 2010, “far and away the most of any individually operated YouTube channel in history,” YouTube said. And with Twitch and Mixer making bold moves to entrench their positions on the livestreaming scene, YouTube clearly decided that the need to nail down its own high-profile star trumped concerns about his past, or potentially future, behavior.

That said, YouTube told PC Gamer that despite the new deal, Kjellberg won’t be given special treatment should he continue to indulge his propensity for saying and doing awful things in the future. “Those [racist and antisemitic] comments were not in line with our values and we took action at the time, including suspending his inclusion in our premium ad program,” a spokesperson said. “Were he to violate our policies today, we’d take action accordingly just as we would with any other creator.”

In April 2019, Variety reported that Kjellberg had signed an exclusive deal with the streaming platform DLive, which uses the Lino Network blockchain-based currency platform. That deal was for “several months,” according to the report, and appeared to have run out of steam around the end of 2019: The last “replay” posted to his DLive channel went up on January 3. The terms of his contract with YouTube weren’t disclosed, but Fortnite streamer Tyler “Ninja” Blevins was reportedly paid between $20-30 million when he moved to Mixer last year.