Your SSD might be fast, but is it wrapped in ‘special aerospace ceramic’? 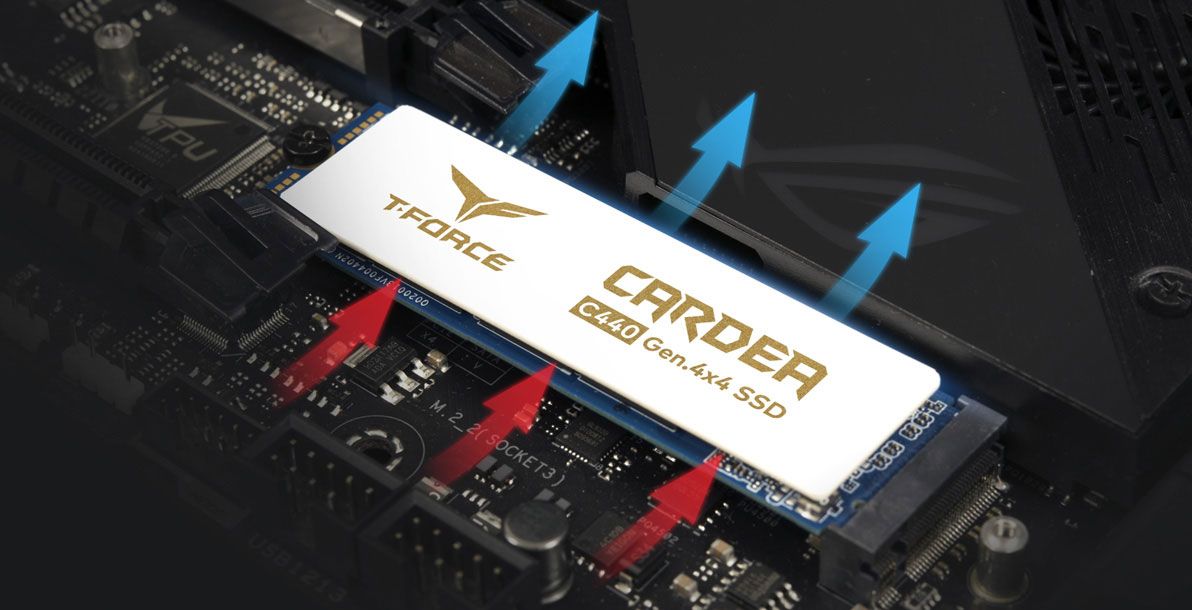 Team Group is laying claim to offering the first SSD made with ceramic composite cooling materials, which sounds like an odd bragging point, but might have some actual merit. Hey, it’s worked out well for pots and pans, so why not SSDs, right?

Unlike pots and pans, however, the goal with heatsinks on SSDs is not to cook anything (CPUs are better for cooking pancakes), but to keep the NAND flash memory chips underneath cool. This is especially important on those fancy new PCI Express 4.0 models that push faster sequential read and write speeds in the neighborhood of 5,000MB/s (and beyond). When things get too hot, performance throttles.

Throttling is an inevitably even with a heatsink, but the better it does at dissipating heat, the longer an SSD can achieve higher levels of performance.

This is what makes Team Group’s new T-Force Cardea Ceramic C440 SSD line intriguing. These are PCIe 4.0 drives rated to deliver up to 5,000MB/s of sequential reads and up to 4,400MB/s of sequential writes, at least when slotted into an X570 or B550 motherboard and paired with a Ryzen 3000 series CPU (only AMD’s latest platforms support PCIe 4.0 currently). Those number indicate it’s probably using the Phison E16 controller, just like the Sabrent Rocket 2TB PCIe 4.0 drive we recently looked at. The drives will still work in other platforms, you just won’t see the same level of performance.

As for the cooling, Team Group basically says it’s awesome.

“The use of aerospace ceramic composite cooling materials not only provides excellent heat dissipation, but also reduces heat by 18 percent when the case is equipped with a fan,” Team Group says.

I’m very curious to see how this compares to SSDs that use traditional aluminum heatspreaders. Ceramic heatsinks are not new, they just have not been used on SSDs before. I poked around and found that Kitagawa Industries, a company that makes EMI shielding and thermal management components, notes that ceramic heatsinks are both lighter and better at dissipating heat than aluminum.

“Compared to traditional aluminum, the combination of the larger surface area provided by the porous structure and higher levels of thermal radiation amounts to superior heat dissipation,” the company says.

Team Group is offering these drives in 2TB and 1TB capacities, each backed by a five-year warranty. Pricing and availability have not been announced.