You can upgrade an Apple iPod Classic with an M.2 SSD fit for a PC 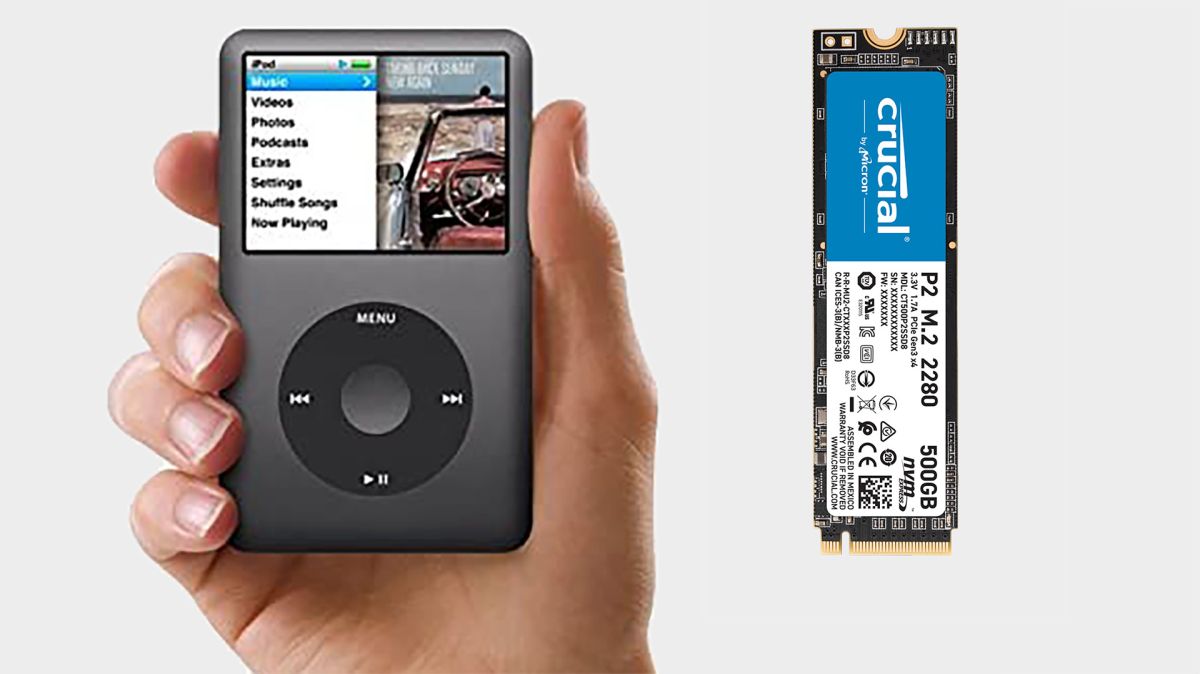 The Apple iPod Classic is a piece of technology that will go down in history as best in class. There’s no PC/Mac rivalry here, those are just the facts, and I still use mine on long journeys to this day. But even MP3 royalty grows old, and the iPod’s spinning platter HDD is certainly showing its age in an era of solid state. But what if you could swap it out for something a little faster?

The iPod Classic was discontinued way back in 2014, and I’d take a guess and say most still alive and kicking are quite a bit older than that, too. That’s quite a long time for a HDD to be operating for, and it would usually be a death sentence for most batteries, too (somehow my iPod, despite a multi-year sabbatical from operation, still has a multi-day battery).

But rather than accept your device is teetering on death, how about going about modding it for yourself? That very upgrade is possible thanks to a bespoke modding part from iFlash: the iFlash-Sata v10. It’s built to accommodate one M.2 SATA SSD (note: SATA, not NVMe) at a size of 2242 (a little shy of the default drive size of 2280).

That’s exactly the kit used by YouTube channel DankPods, who set about this very mod in their latest video titled ‘PC SSDs in an iPod Classic‘. Guess what they go about modding into the iPod Classic? That’s right, an M.2 SSD fit for a desktop machine. And it works a treat, too.

That is, if you ignore that the drive (and most of the buttons, in fact) are hanging off the iPod being modded. That’s largely to down to user error on DankPod’s part, who has a history of jury-rigging things together, and who I hope doesn’t mind if I say made a rather simple, but debilitating, error this time around: buying a 2280 SSD that is near-enough the length of an iPod by itself.

At least they tread that ground so that you know what not to do. Granted, there are a few other drawbacks, too. For one, the famed lifespan of the iPod Classic will take a rather dramatic turn when using an M.2 SSD. Also it may need a little tinkering every so often to sync up to your machine. Oh, and it also does get quite hot.