You can overclock an old AMD FX chip to 7.5GHz, but Ryzen will still bulldoze it 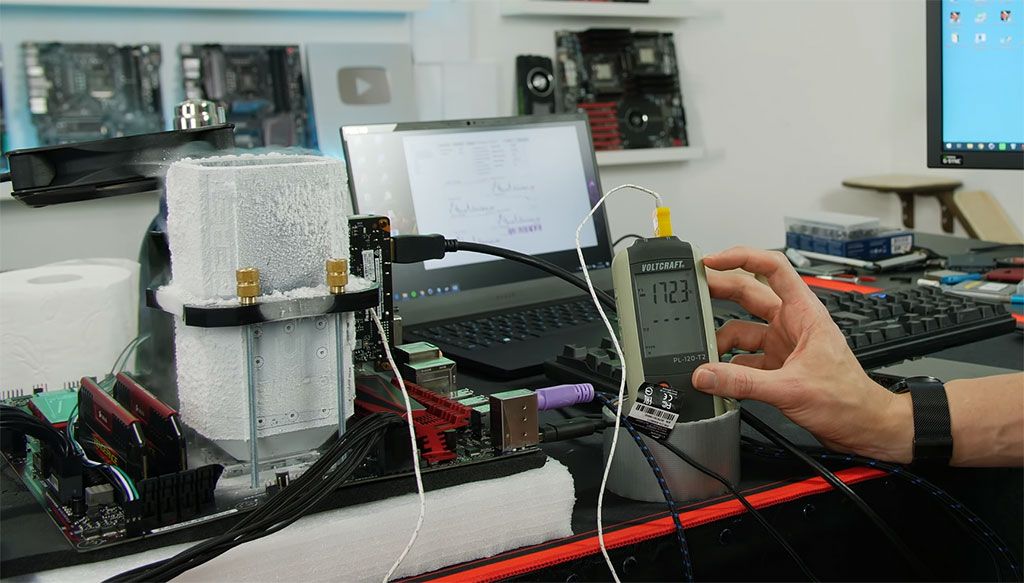 Years ago, extreme overclocking attempts could hit ridiculously high clockspeeds, and AMD’s old ‘Bulldozer’ processors were especially good for hitting 8GHz+ in record overclocking attempts. Der8auer, a pro overclocker, didn’t go quite that high with the FX-8350 he’s had sitting in storage, but did manage some impressive results recently. Illustrating that clockspeed is far from everything, however, Der8auer compared the performance of his heavily overclocked FX-8350 to modern chips, noting that even with the ridiculous overclocking, the Bulldozer processor “cannot get the single-core performance of a Ryzen 3000 CPU.”

This is an entirely academic exercise on Der8auer’s part. For one, extreme overclocks require exotic cooling, namely liquid nitrogen. Using LN2 is not feasible for much beyond record overclocking attempts and, as is the case here, passing the time in isolation.

Secondly, there’s probably not a lot of people wondering if they should build a new PC around a Bulldozer chip, and even less so after seeing AMD’s budget Ryzen 3 3300X outperform an old $350 Intel Core i7 CPU.

The last time Der8auer overclocked the FX-8350, he used an Asus Crosshair V Formula. This time, he switched over to an Asus 970 Pro Gaming Aura, as the voltage regulator module arrangement is a bit better (and should result in better overclocking performance).

Setup in hand, he proceeded to drench the FX-8350 in LN2 and ultimately topped 8.1GHz, landing at precisely 8,127MHz. This required pushing the voltage to a ridiculous 1.92V, up from 1.275. Remarkably, he was still around 600MHz short of the record.

He then dropped the frequency down to 7.5GHz (7,449.75MHz) and ran the single-threaded test in Cinenbench R15. That produced a score of 172. Even a previous generation Ryzen 5 2600X scores slightly higher (176), according to CPU-Monkey’s database.

It was all just for fun, but it’s a cool illustration of how far processors have come, and how the underlying architecture matters more than raw clocks. AMD was able to significantly improve the IPC (instructions per clock) performance of its CPUs with Zen. Without getting bogged down in all the technical details, Zen is far more efficient at processing data than Bulldozer.

So there you have it—if you’re pondering an Bulldozer PC or a newer Ryzen setup, you should obviously go with the latter.