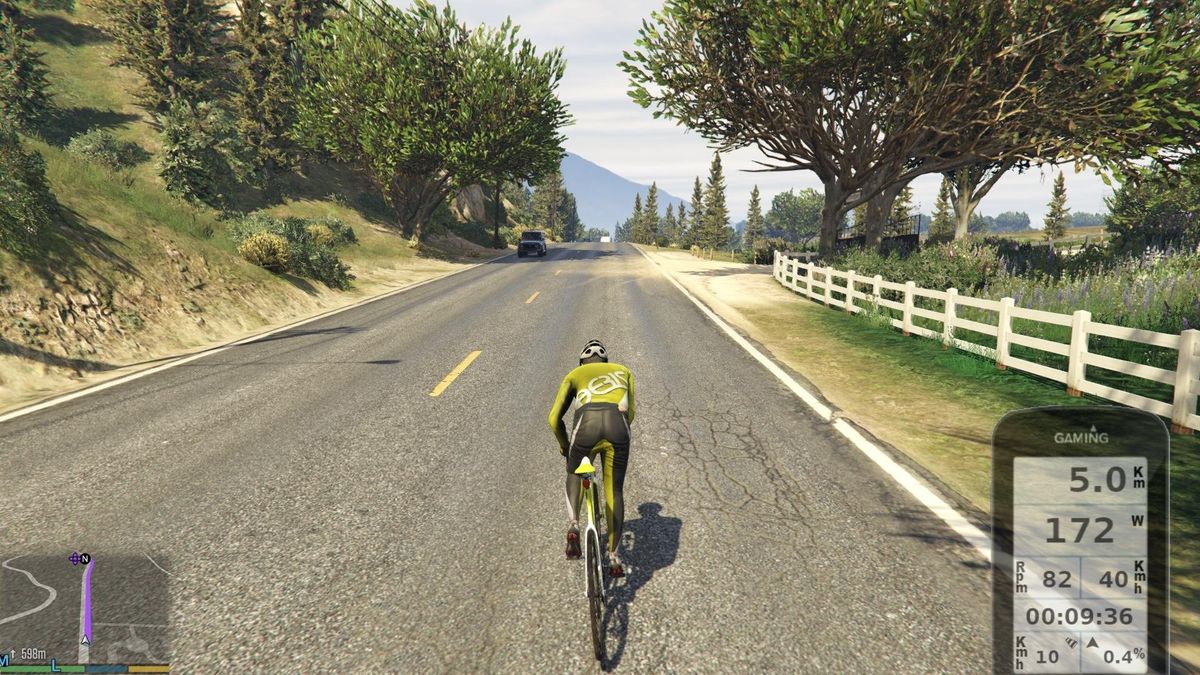 Why ride a push bike through Los Santos when you can take a fighter jet? Here’s a damn good reason: exercise. A new GTA 5 mod makes the game compatible with smart bike trainers, which are basically indoor exercise bikes equipped with technology that can, among other things, simulate real world terrain in virtual environments. One example of compatible software is Zwift, which is like an MMO for people very serious about cycling.

While the exercise and training possibilities are obvious, just riding around Los Santos on an actual bike sounds like a hell of a lot of fun. Using a wireless signal, the mod can read the force of your pedalling and apply it in game. Likewise, in-game terrain such as inclines and declines, as well as the coarseness of the road (or offroad) surface, is communicated to the smart bike. In other words, if you’re unfit, you might want to stick to downtown Los Santos and stay well clear of Mount Chiliad.

There is one catch: you’ll need to use a keyboard if you want to actually steer the bike. There is a good solution to this, though. The mod has a “course reader” which follows certain pre-determined routes according to difficulty. This can’t perfectly account for the erratic nature of Los Santos’ traffic, but according to the mod notes, the auto-drive feature is set to the “best driving skill level available in the game, so you are not likely to hit anything”.

GT Bike V is the work of modder Makinolo, and there’s a video of the mod in action embedded below. It generates FIT files, which are compatible with cycling and running tracking apps like Strava.