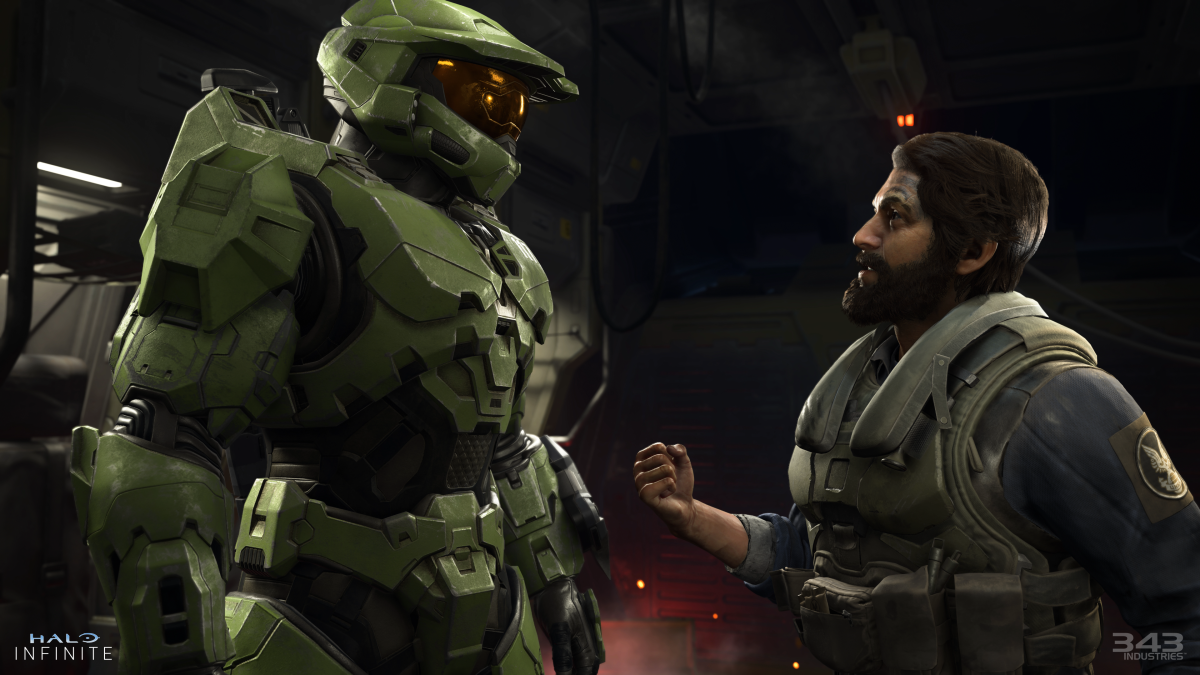 Yesterday’s big Halo Infinite reveal did not exactly blow us away. Not that it was bad, but as a centerpiece for a big, E3-style game show, it felt lacking—”toothless,” as Steven put it. Aside from looking like a very safe, conventional Halo game (which, again, is not a bad thing if that’s what you’re after), it really just wasn’t the visual firecracker we were expecting.

That impression was reinforced by this actual, official, bad screenshot: It may be honest, but it’s not the sort of thing that comes off as a big flex from an upcoming new generation of console hardware. The reason for that, Xbox Games marketing general manager Aaron Greenberg said in an interview with Inside Gaming, is that it’s not done yet.

“We’re in the middle of a global pandemic. It’s July, we’re far from holiday [season]. You’re seeing a work in progress game. You probably watched the stream in 1080p, maybe, so we have put up a 4K60 on-demand stream. So people, I’d say, go back to look at the game in 4K60. We did that deliberately. It’s very hard to show the full power and graphic fidelity of what Xbox Series X will be able to deliver for you over a stream,” Greenberg says in a segment starting at 16:25.

“It is a work in progress. What you’re seeing today—and I can tell you, because we see build check-ins every week, and they make progress week after week—so between now and holiday, it’s just going to get better and better.”

Halo fans may be happy to hear it, but I have to wonder why, when it’s unveiling one of its flagship games at its biggest game showcase of the year, Microsoft and 343 couldn’t come up with something better than an every-day “work in progress” slice of something that looks like it could run on current-gen hardware. And if it really just could not make it happen, why wasn’t more attention drawn to that fact up front? Setting expectations in advance is a lot easier and more effective than cleaning up disappointment after the fact.

Greenberg also said that Halo Infinite will be a “visual showcase” at launch, which is a risky promise to make. Very generously, you could say that the video itself is a way of managing expectations: It’s Halo, it’s fun, if you want your eyes to bleed then go play Crysis. But now our eyes are turned skyward again, which means an even bigger letdown if what we saw ultimately turns out to be what we get.

Hopefully it’ll work out according to plan: All the “bouncy castle” fun of Halo (for those who like that sort of thing) in a huge, wide-open world, with plenty of eye candy to go around. But I think it also bears noting that the holiday season is not that far away, especially when 343 Industries is “not quite where we expected to be” in terms of having the game ready for broad public testing, as it said in an update posted yesterday.

Halo Infinite still doesn’t have a release date more solid than the 2020 holidays, but we’re watching for it. Speaking of watching, here’s that big gameplay video again—crank it up to 4K and see what you think.