Worms Armageddon has been updated 21 years after it launched 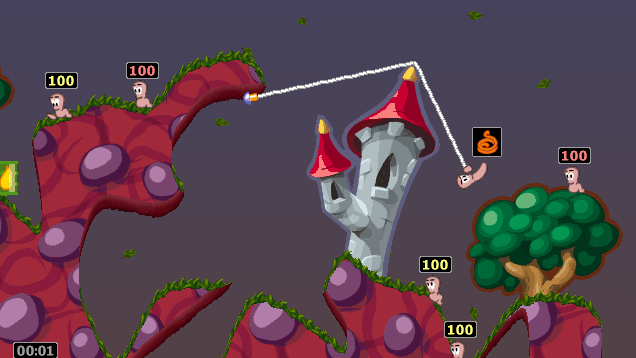 Invertebrate artillery game Worms Armageddon has quietly released an update 21 years after it first appeared on PC. Developer Team17 launched the game back in 1999, and it quickly gained popularity within the Worms community, making it one of the most popular games in the series.

The 3.8 update includes a bunch of bug fixes and changes, including popular mods that are now permanent features, like the physics mod RubberWorm. There are now 70 new scheme options letting you customise and tweak your matches how you like, so you can manipulate physics, have worms bounce around the map, and fire more than one weapon per turn.

Among the stuff that’s been tweaked are the framerate and animations, which have been smoothed out to give your wiggly warriors a certain grace when they tumble through the air. Back in the day, trying to change the game window could mess up your match, but thanks to the windowed mode the worries of playing a Worms game with an awkward resolution are long gone.

There are a bunch of more options for streamers and online games, too, so check out the full list of 3.8’s update on the Worms Armageddon website. And, for Worms fans who never moved on from Windows 1998, the update post assures that the game will still work on retro computers.

This year marks the 25th anniversary of the Worms games and Team17 is celebrating it with a brand new entry to the series. Worms Rumble is a first for the series: a 32-player real-time arena shooter