World of Warships is colliding with Warhammer 40K 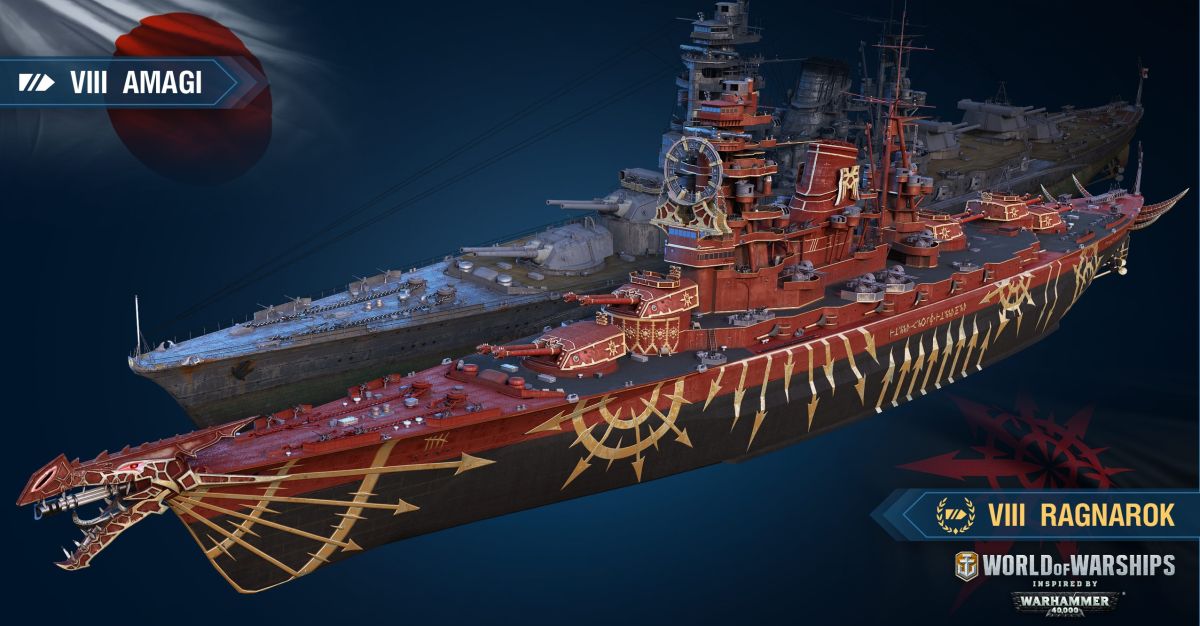 Warhammer sure gets around, infiltrating most video game genres. Heck, it’s even spawned some kids’ books. A collaboration with World of Warships, then, is not a huge surprise. What are boats if not massive space cathedrals that simply forgot how to fly?

Wargaming’s nautical multiplayer romp will soon be graced by ships inspired by the far-flung, grimdark future, along with commanders and camouflages. The themed ship skins actually strike a good balance between looking like conventional, modern ships and vessels that wouldn’t look out of place in Battlefleet Gothic: Armada.

As well as appropriate colour schemes and insignia, the skins have little flourishes like statues, altars and other affectations that are surprisingly effective at evoking the fleets of the Imperium and Chaos factions. The fleets have also lent World of Warships a pair of their commanders: Justinian Lyons XIII and Arthas Roqthar the Cold.

To dabble in some 40K cosplay, you’ll need to throw down some cash and hunt for loot boxes. There’s a “pre-sale package” that you can buy from May 27 that will give you missions where you can earn 40K containers with ship skins, commanders and camouflages, and in June you’ll be able to purchase all the items from the collaboration.