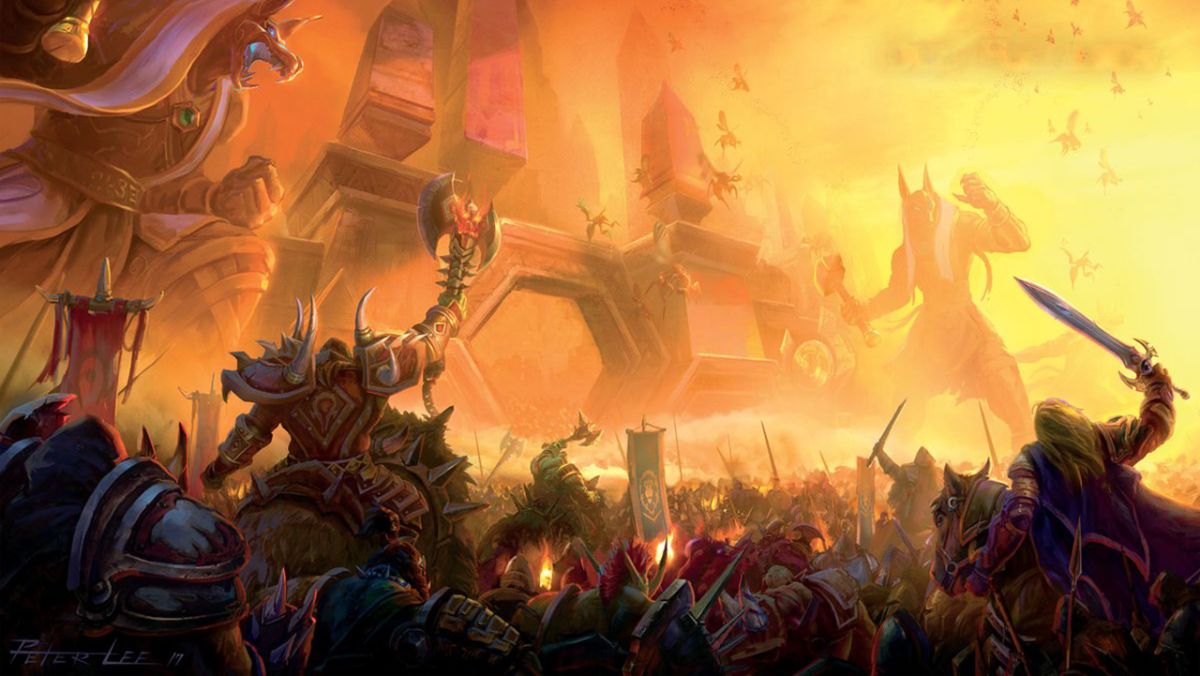 On July 28, World of Warcraft Classic players will relive the Gates of Ahn’Qiraj world event, which will see thousands race to be the first to open the titular gates and unleash a horde of angry monsters on Azeroth.

On that day in July, World of Warcraft Classic will enter phase five of its release schedule. The update will add the Scepter of the Shifting Sands questline and start the Ahn’Qiraj war effort—two key components in a world-spanning event that will require hardcore guilds and entire server communities to work together.

The Ahn’Qiraj war effort tasks players with donating crafting materials to prepare for the eventual war with the Qiraji, a race of evil insectoids that are locked away in the zone of Silithus. Amassing this stockpile is basically a race between server communities to see who can complete the world event first.

The second component of the event is strictly for Classic’s most hardcore players. Raiding guilds will embark on a long and winding quest to build the Scepter of the Shifting Sands, an item that can only be wielded by one player per server. Interestingly enough, Destiny 2 director Luke Smith was one of those lucky players back when the Gates of Ahn’Qiraj event first took place in 2006.

Once both of those quests are completed, the wielder of the Scepter can then ring a gong which will open the Gates of Ahn’Qiraj, triggering a 10-hour war that the entire server can participate in while hardcore raiders will slip through the battle to test their mettle in the two new raids.

It’s one of World of Warcraft’s most ambitious events ever, and I’m extremely excited to see Classic relive the moment. The first time the Gates of Ahn’Qiraj were opened, resulting chaos was almost too much for the servers to bear, leading to all sorts of nasty connection issues and lag. But it was a conflict of unprecedented scale in online gaming, and it’ll be fascinating to relive the moment all over again.

The Gates of Ahn’Qiraj questlines will become available on July 28. For more on World of Warcraft Classic, check out our comprehensive guide.