Witchcraft and Wizardry, the Minecraft Harry Potter RPG, is complete 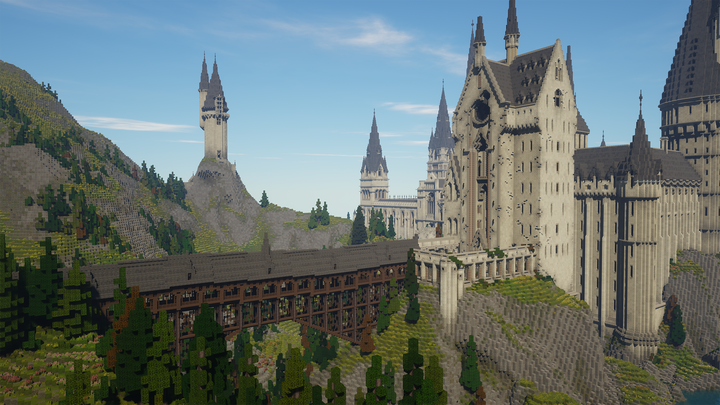 The Floo Network, a team of Minecraft modders, has spent the last four or so years diligently carving out an elaborate Harry Potter RPG inside the sandbox, and it goes well beyond what you might expect from a Minecraft mod. After being in alpha for just over a month, it’s now ready for prime time. Check out the launch trailer above.

Right away, when those bricks magically part to reveal the street (the name escapes me because the last time I read Harry Potter it was an entirely different millennium) it’s clear we’re dealing with something a bit special.

On its own, the map itself looks very impressive, recreating a host of locations from the books and films in great detail, but then there’s also all the magical flourishes, spell-slinging puzzles and even quidditch—there’s a lot more to do than just explore Hogwarts. You’ll have to fight, too, putting your magical know-how to the test as you deal with pesky Dementors and other assorted monsters.

Even if you’re not enamoured with Harry Potter, it’s well worth having a look around. You can download it now for Java Minecraft 1.13.2, or just gawk at some of the striking screenshots below.