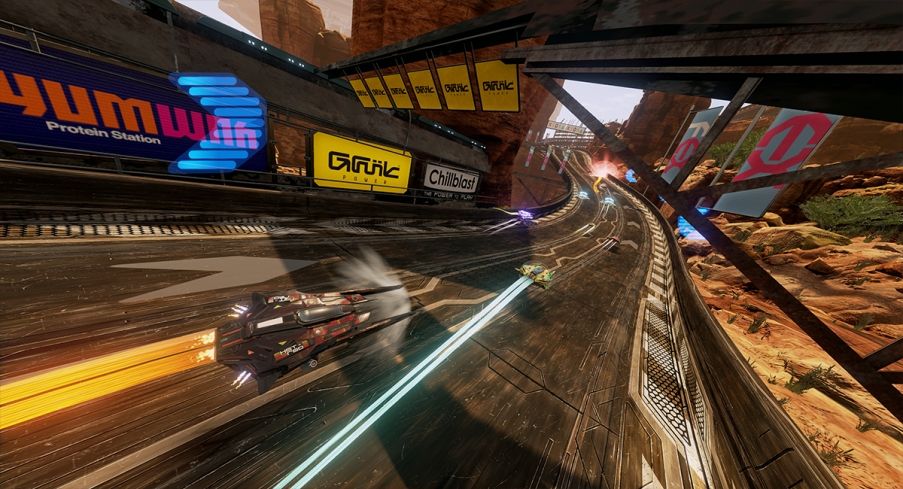 When Wipeout first released back in 1995 it completely blew racing games out the water with its hyper-fast pace and anti-gravity crafts. Except for an HD Collection in 2017, Sega’s sci-fi racing game has since been in retirement, but a spiritual successor is on the horizon.

Developers R8 Games has announced that their anti-gravity racing game Pacer will be out on Steam September 17, 25 years after Wipeout’s release. Check out the reveal trailer above for some glossy combat racing; sunglasses are heavily advised.

Following a successful Kickstarter, it launched on Steam Early Access back in 2015 as Formula Fusion and received a ‘mostly positive’ rating from players. Since then, R8 Games has rebranded it, changing the game’s name from Formula Fusion to Pacer.

The game features 14 tracks, five different types of customisable craft, and both single-player and multiplayer modes. In the game’s solo campaign, you play as a trainee pilot who has to test their racing skills against ten different racing teams from around the world. The multiplayer pits you against ten other players with seven different game modes to choose from, including a battle royale mode called ‘Storm’.

It wouldn’t be an anti-gravity racer without a banging soundtrack and Pacer has an EDM playlist of over 80 licensed songs. They’ll be tracks from the likes of Wipeout musician Tim Wright (aka CoLD SToRAGE) and EDM artists such as Dub FX and Ed Harrison.

Pacer’s September release date is just around the corner, so let’s hope it’s the blood-pumping successor that Wipeout fans have been waiting for.