Windows 10 May Update could boost your gaming performance for free 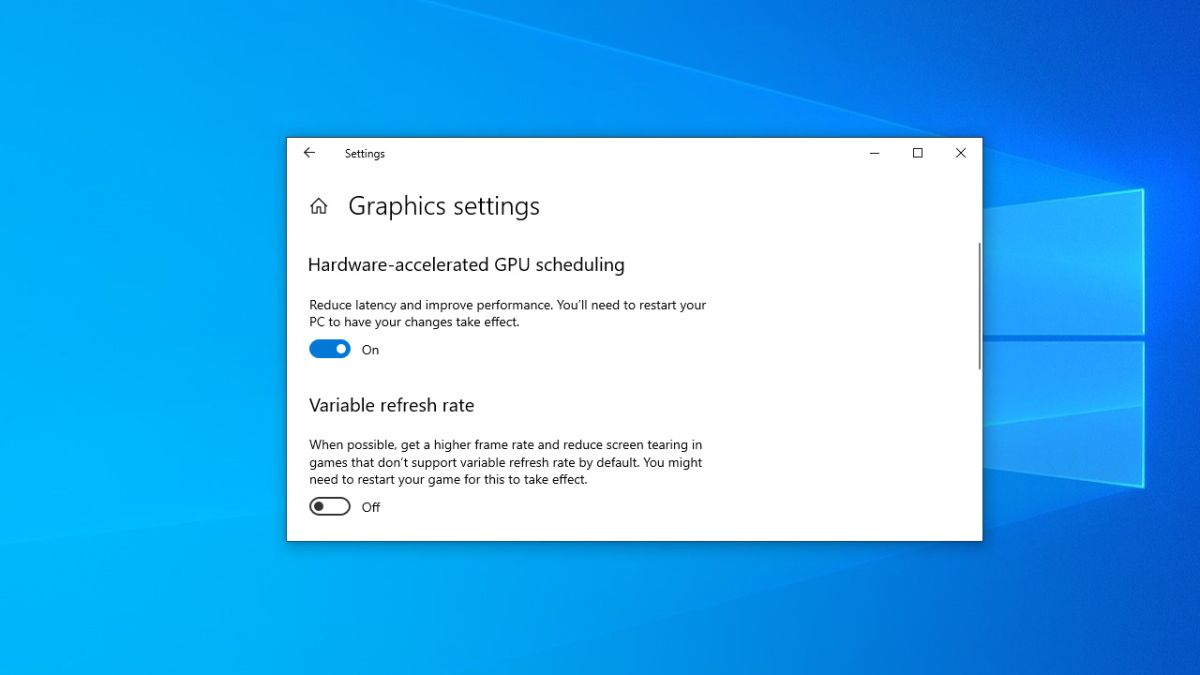 AMD and Nvidia have released new drivers adding support for a feature Microsoft introduced with the May 2020 update of Windows 10, an update that still isn’t available to everyone. The feature in question is Hardware-accelerated GPU scheduling (HAGS for short), and it basically passes memory management control from the CPU to the GPU. That should theoretically free up the CPU a little and can potentially equate to an small performance boost.

Any boost you might see will be dependent on the hardware you have at your disposal though. According to various early reports it seems to help budget oriented hardware more than those on the bleeding edge. There’s a chance that game performance can be negatively impacted too, as former PCG hardware guru, Jarred Walton, discovered over on Tom’s Hardware when he tested Nvidia GPU Hardware Scheduling with AMD and Intel CPUs.

Nvidia has rolled support for GPU Scheduling into its latest GeForce Game Ready driver, 451.48, while AMD supports the feature in its Adrenalin 2020 Edition 20.5.1 Beta driver. This latest AMD driver only supports Radeon RX 5600 and 5700 cards, and there are a few known issues with the driver as well, which you can find in the accompanying Release Notes.

Laptops could potentially be the greatest beneficiaries of this new feature, as memory tends to be tight on these mobile wonders. If it means a 10% improvement in performance, which appears to be the case according to some sources, that may just be enough to push the frame rates over into playably smooth, or allow you to turn on a few more features.

We’d expect APUs to get an improvement out of this too, although AMD’s driver only supports the Radeon RX 5600 and 5700 at this point, so that’s not something we can test right now. We’re planning to look at this in more detail when AMD’s drivers do make it out of beta, because the very idea of an AMD beta driver gives us the fear.

I ran a quick test on GTA V to see if it made any difference here, and the answer is: not a lot. Though this is probably more down to the hardware in my test system than anything else. An Nvidia RTX 2080 Super, Ryzen Threadripper 2970WX, and 32GB of RAM is not really the target for this feature at this point. There was a small drop in memory usage, and a slight improvement in framerates (2fps), although this is absolutely within the margin of error of the benchmark.

If you want to dive in yourself and see if it makes a difference to your games, then here’s what you need to do: First check you’re running the latest May 2020 update of Windows 10—type Winver into the run command to check that you’re running Version 2004 (OS Build 19041.329). If you’re not, take a look in Windows Update from the Windows Settings screen (the cog on the start menu), to see if it’s waiting for you to press the button.

Next download the latest drivers for your graphics card, that’s either Nvidia GeForce 451.48 if you’re in the green corner or Adrenalin 2020 Edition 20.5.1 Beta driver for those on the red team.

Once you’ve got the latest drivers, right-click the desktop, select display settings and then hit the link to Graphics Settings at the bottom of the screen. You’ll find the option to turn on Hardware-accelerated GPU scheduling at the top of the screen, flick this on and you’re good to go (after a restart). Let us know whether you see any improvement on your system.