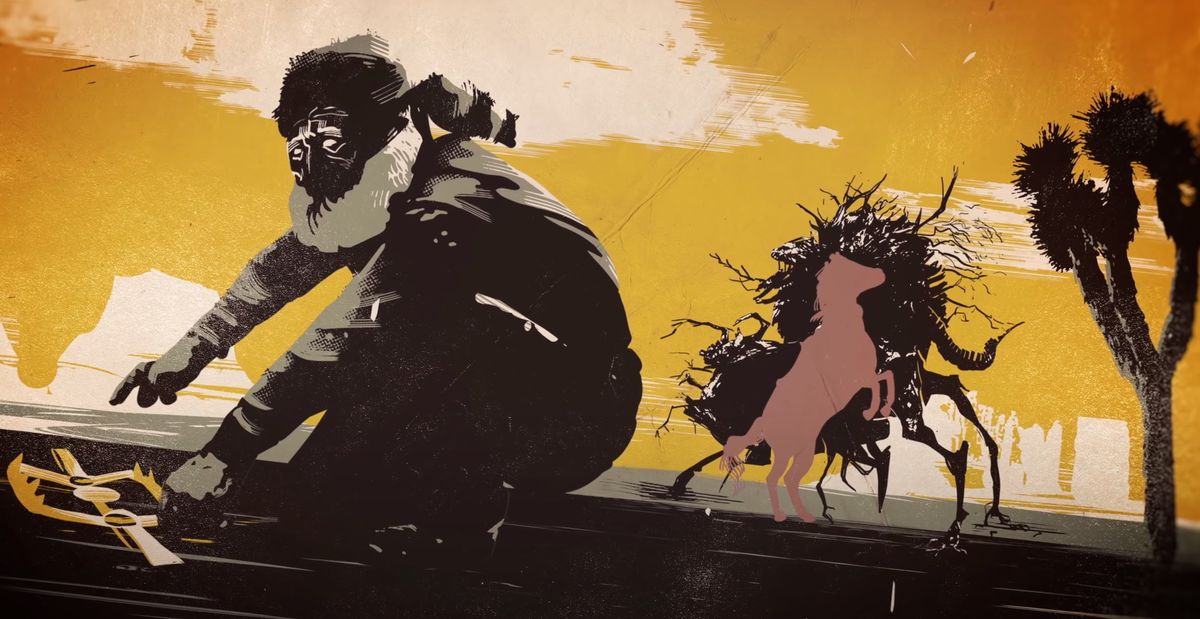 VIDEO: Watch the full Weird West segment from the PC Gaming Show above. Also on YouTube.

As the founder of Arkane Studios, Raphael Colantonio channeled his passion for immersive sims like Deus Ex and Thief into Dishonored. Now he’s making something that pulls from his other passion, classic top-down RPGs like Fallout and Ultima 7. “The difference with Weird West, and the kinds of games I like to work on, is the physicality of it,” he said in an interview for The PC Gaming Show. “When you go from first person to top-down, there’s not much difference in the spirit. Instead of seeing through the eyes of the character, you have a chance to run a party of people. You have followers, and more of a strategy view. The exploration is still the same spirit, but with a different perspective.”

Weird West is an RPG set in a strange version of the Old West with a bit of flavor from Deadlands and Stephen King’s Dark Tower. It’s not the first story to mix monsters and horror in with the western, but if you’ve played the fastidiously detailed Dishonored, you won’t be surprised to hear Colantonio’s team spent a lot of time crafting this world and making it their own.

Even with the top-down perspective, the way you engage with that world sounds straight out of the Deus Ex playbook, with systems like stealth and sound and multiple ways to tackle quests. RPGs are often open-ended like that, but Colantonio said like his previous games, there’s a focus on the real-time simulation here, so success or failure will be determined more by your actions than by stats.

Combat actually takes after twin-stick shooters, but with RPG abilities added in. Colantonio used a gunslinger as an example, who can “think fast” to trigger bullet time and level up that skill to prolong and enhance its slow-mo effect. Systemic elements will play a big part in combat, too. Get set on fire, for example, and you might need to use an ability that causes it to rain to put yourself out. Or you can break a water barrel to douse yourself.

Where Weird West is really doing something different is with its characters. “Unlike a traditional RPG where you play one main quest of one character, it’s going to be a relay of main quests,” Colantonio said. “Once the main quest is over with the first character, you go to the next one. The first one is still in the world, so you can go back and recruit him or her in your party.”

Death, too, is a little different than usual. “The world stays as you left it when you died,” Colantonio said. “It means that your actions have consequences that you can’t really undo by reloading a previous save game.” The Weird West is a harsh world for your followers, too. If your party members die and you don’t have the items to revive them, they’re toast. “Maybe they might come back someday in the form of an undead. You don’t know what’s going to happen,” he teased.

The game isn’t out until 2021, but there’s going to be a demo “in the coming months” to give us our first taste of Weird West. I sure hope I can be friends with this pig man, who looks very nice.