Weaving Tides is a gorgeous knitted adventure with a free demo 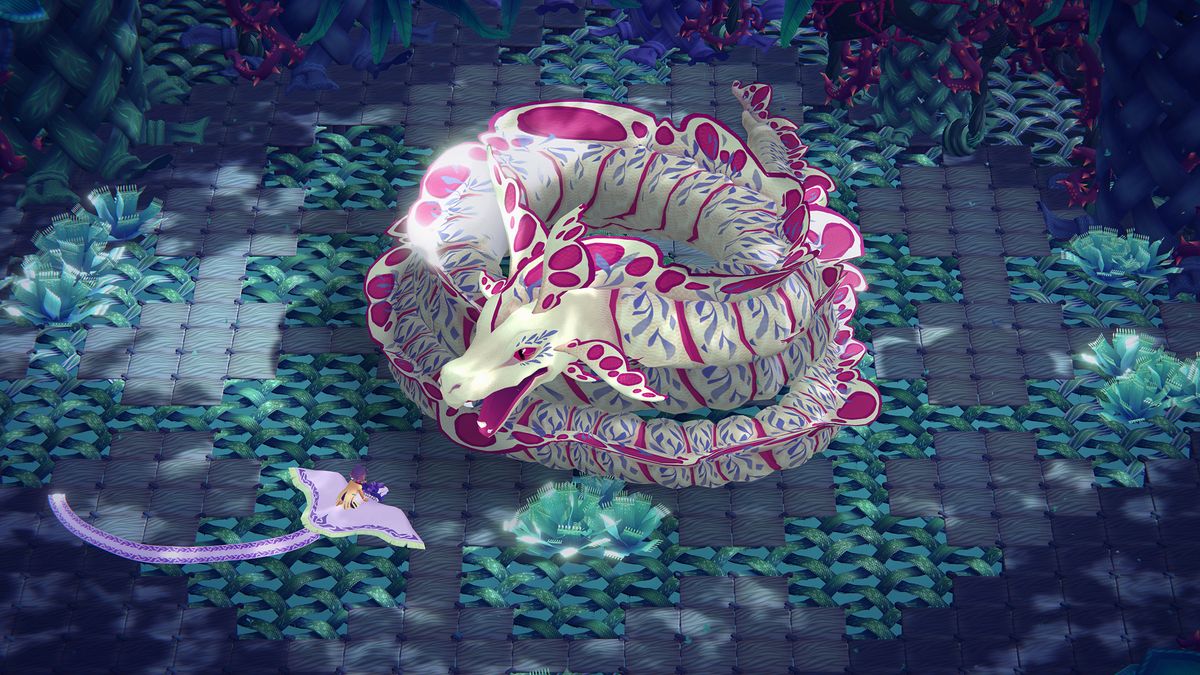 Weaving Tides is an adventure puzzle game set in a world made completely from fabric and textile. On the back of a flying dragon, you can explore the magical woven landscape using different stitching techniques to solve puzzles as you go.

The developers, Follow the Feathers, have launched a Kickstarter asking for $18,000 / £15,000 / by the end of May, and have released a short demo on Itch.io as part of its campaign. The demo tasks you with flying around and repairing the rips and tears in the world using your dragon’s weaving ability.

Controlling the dragon, you use the spacebar to hop between the top of the woven landscape and below. As you move between the layers, your tail acts as a thread letting you stitch the landscape back together. Diving and a swooping between layers is smooth and fun, and with your new understanding of this stitching technique, you’re tasked with solving a number of weaving puzzles.

It’s a short but charming demo, and I’m interested to see how this weaving mechanism will be be used throughout the rest of the game. All the characters have detailed portraits and the themes of weaving and sewing fit nicely within the magical world.

Pledges for a digital copy of Weaving Tides begin at $18 / £15 and then increase from there. Check out the game’s Kickstarter page for more information about development and the future of the game.