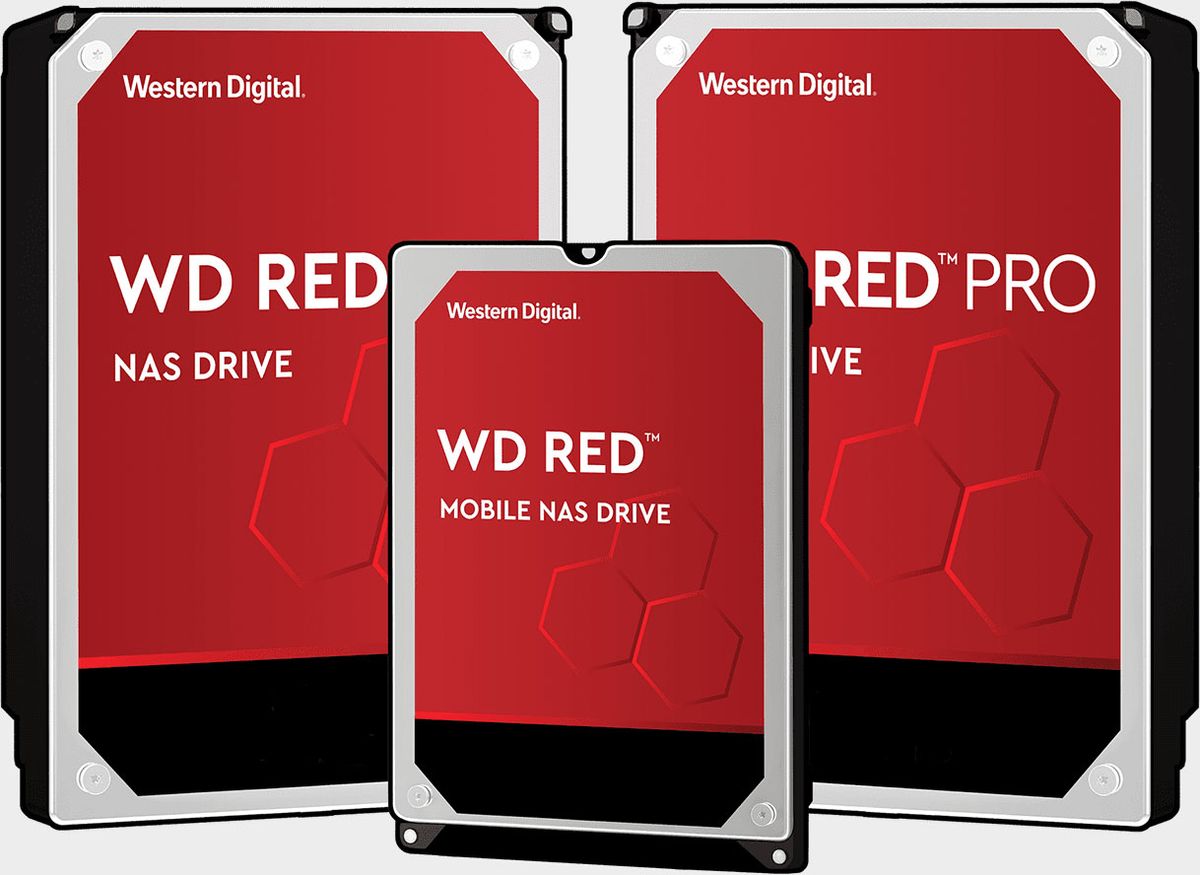 Several hard drive makers have been under fire for quietly replacing some HDD models with ones that use a technology called shingled magnetic recording (SMR) instead of conventional magnetic recording (CMR). SMR drives generally do not perform as well, particularly in RAID environments. This prompted a couple of lawsuits against Western Digital, which slipped some SMR drives into its lineup of Red HDDs marketed for network-attached storage (NAS) appliances. In response, WD has rebranded its Red line and is finally being more transparent about what recording technology its HDDs use.

There is quite a bit to unpack there, and the best place to start is with the recording technologies at the heart of all the ruckus. CMR was previously known as perpendicular recording (PMR), with magnetic tracks that sit next to each other. As explained by Synology, writing data to a CMR drives works by “aligning the poles of the magnetic elements, which represent bits of data, perpendicularly to the surface of the disk.”

SMR is a somewhat newer technology that partly overlaps the tracks. The common analogy is to think of it like shingles on a roof. Drive makers have transitioned some of their HDDs to SMR technology because it allows for the tracks to be thinner and therefore have more densely packed data, which presumably makes higher capacities cheaper to produce. However, there’s a trade off. When data is written to a track, it affects the bits on the overlapping tracks as well, and those have to be rewritten. This rewriting of existing data negatively affects performance.

This is not a huge deal in some cases, but it can potentially have a big impact in NAS environments. The folks at ServeTheHome tested this in a head-to-head match-up between CMR and SMR Red drives.

The biggest performance disparities were observed during a 125GB file copy test, and during a RAIDZ resilver benchmark.

“While all three CMR drives comfortably completed the resilver in under 17 hours, the SMR drive took nearly 230 hours to perform an identical task,” ServeTheHome said.

As spotted by our friends at Tom’s Hardware last month, WD was hit with two class-action lawsuits over the use of SMR in some of its drives. One of the lawsuits alleged Western Digital “secretly downgraded its Red NAS hard disk drives from the standard CMR technology to the much slower SMR technology without disclosing this to its customers.”

Joel Hruska at ExtremeTech called out Seagate and Toshiba for similar shenanigans, though I’m unaware of any related lawsuits aimed at either one.

The controversy goes back further, to April, when it was first discovered that WD and others were using SMR technology without necessarily being upfront about it. In a blog post on April 23, Western Digital said the “concerns were heard loud and clear,” and posted a table of HDD families outlining which capacities use CMR and which ones use SMR.

Following up on that, Western Digital has rebranded its Red drive line with a new “Plus” tier. So there are now Red, Red Plus, and Red Pro drives to choose from. Only the regular Red drives use SMR, as outlined in the chart above.

It’s still a little disappointing to see that any of the Red drives still use SMR, though according to Western Digital, they’re fine for “lighter SOHO [small office/home office] workloads.”

“Our use-case analysis shows that SOHO workloads typically are based on short periods of access to the drives. This results in extremely low average throughput (compared with the drive’s available throughput) and provides plenty of idle time for the DMSMR drive to perform the necessary background operations, making it an ideal fit for this application.,” Western Digital says.