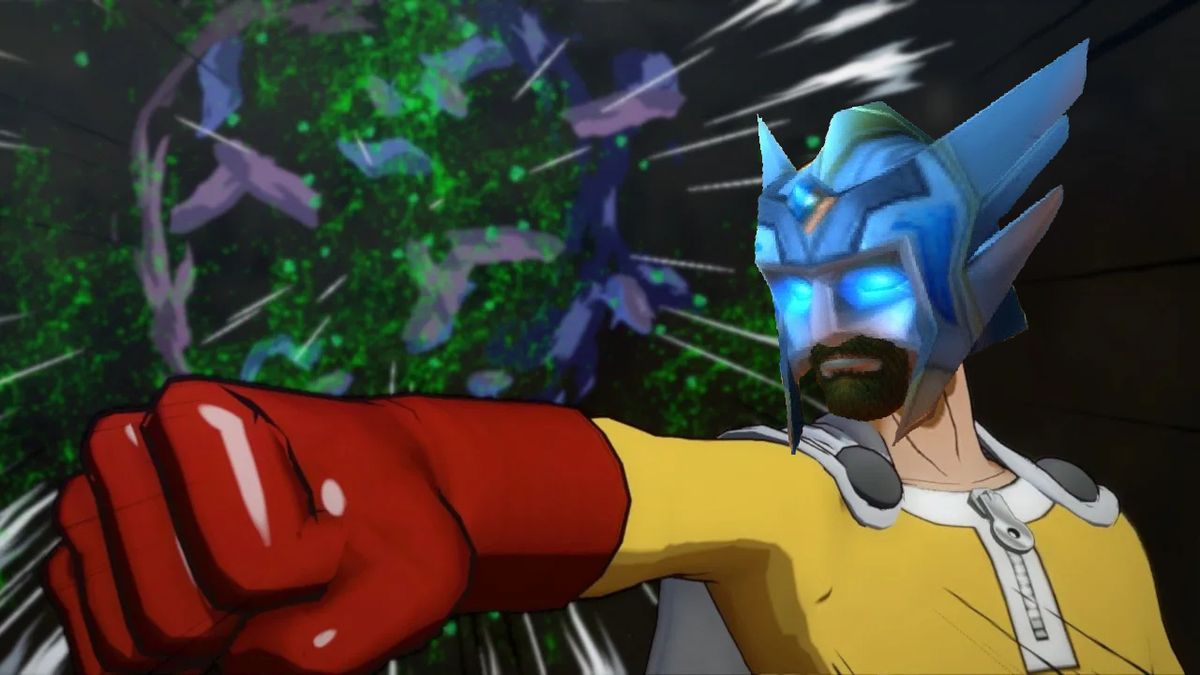 World of Warcraft raid bosses are challenging encounters that typically take a group of 10-plus players to take down—unless you’re Rextroy. He’s basically the One Punch Man of WoW, a theorycrafter and YouTuber with an eye towards pioneering elaborate and creative ways to down some of its toughest bosses. His latest punching bag, though, is remarkable: Rextroy one-shot Wrathion from World of Warcraft’s latest and most challenging raid, Ny’alotha, for an absolutely mind-boggling 115 million damage.

You can watch the video above to see Rextroy in action, but if you’re not a World of Warcraft player it might be hard to understand exactly what is happening. Fortunately, Rextroy breaks down his method step by step in the video description—but I’m still floored that someone came up with this idea in the first place. After 16 years, World of Warcraft is absolutely gargantuan. There are thousands of abilities, items, and weird magical effects your character can find and make use of, so it’s amazing that Rextroy and friends were able to find the exact right combination to do this much damage.

The key ability in this strategy is Diver’s Folly, a one-handed axe with a special ability called Bioelectric Charge. Each time you attack with Diver’s Folly, you have a chance to prime it, which stores five percent of your damage for 12 seconds and then unleashes it as nature damage. To get the necessary numbers to make Bioelectric Charge do such ridiculous damage, though, Rextroy needs some way to massively increase his damage output.

In the Catacylsm expansion, there is a dungeon with a boss encounter that temporarily boosts your damage by 2,000 percent. That still isn’t enough, though, so Rextroy stocks up on a special item called Mantid Firebomb, which normally only deals a paltry 35 damage to any targets within its blast radius when thrown.

Stick with me, because here’s where Rextroy’s plan gets brilliant: He goes into the Catacylsm dungeon boss fight and waits until the 2,000 percent extra damage buff is in effect. Then he gathers a large pack of trash monsters that spawn during the boss fight and attacks them until Diver’s Folly triggers its Bioelectric Charge. When he throws his Mantid Firebomb at the pack of monsters, it now does 2000 percent extra damage to each monster, which effectively primes Bioelectric Charge with something like 2,309,961,440 damage—five percent of which will be unleashed in 12 seconds when the ability ends.

With so little time, how does Rextroy go from a dungeon at the bottom of the ocean to an alternate nightmare dimension populated by an army of eldritch monsters where Wrathion awaits?

World of Warcraft lets certain classes of players summon others to anywhere in the world using teleportation magic. These spells last up to two minutes, so before the fight even begins Rextroy has a prompt on his screen asking him if he wants to join his group of friends in Wrathion’s boss room in Ny’alotha. As soon as his throws the Mantid Firebomb and kills everything, he accepts the teleport and immediately arrives right in front of Wrathion with just enough time to punch him in the face and deliver an apocalyptic blow—roughly twice the amount of Wrathion’s HP at that difficulty.

It’s a brilliant tactic, but Rextroy played it safe before sharing it. He waited to release the video until the exploit was fixed on live servers, so that players couldn’t recreate the strategy to gain an unfair competitive advantage. Ny’alotha is World of Warcraft’s current raid and even though it’s been out for several months, raiding guilds are still grinding it at higher difficulties for the best possible loot. Mantid Firebombs, for example, can no longer be taken outside of Pandaria where they’re found.

It’s a smart move considering Rextroy was banned back in the early days of Battle for Azeroth for using a similar kind of strategy to one hit a boss from the Uldir raid. These kinds of tactics sit in a grey area, though, and Rextroy’s ban was lifted less than a day after it was given.

Still, it’s cool to see what’s possible with a little ingenuity. One-shotting a boss for 115 million damage is outrageous—especially when you remember that Blizzard refactored World of Warcraft’s combat math at the beginning of this expansion because the numbers were getting too large. A solid ability hit in World of Warcraft these days might do around 30,000 damage.

If you want to see Rextroy wreck other raid bosses, his YouTube channel is worth checking out.