Watch this teacher give a geometry lesson in Half-Life: Alyx 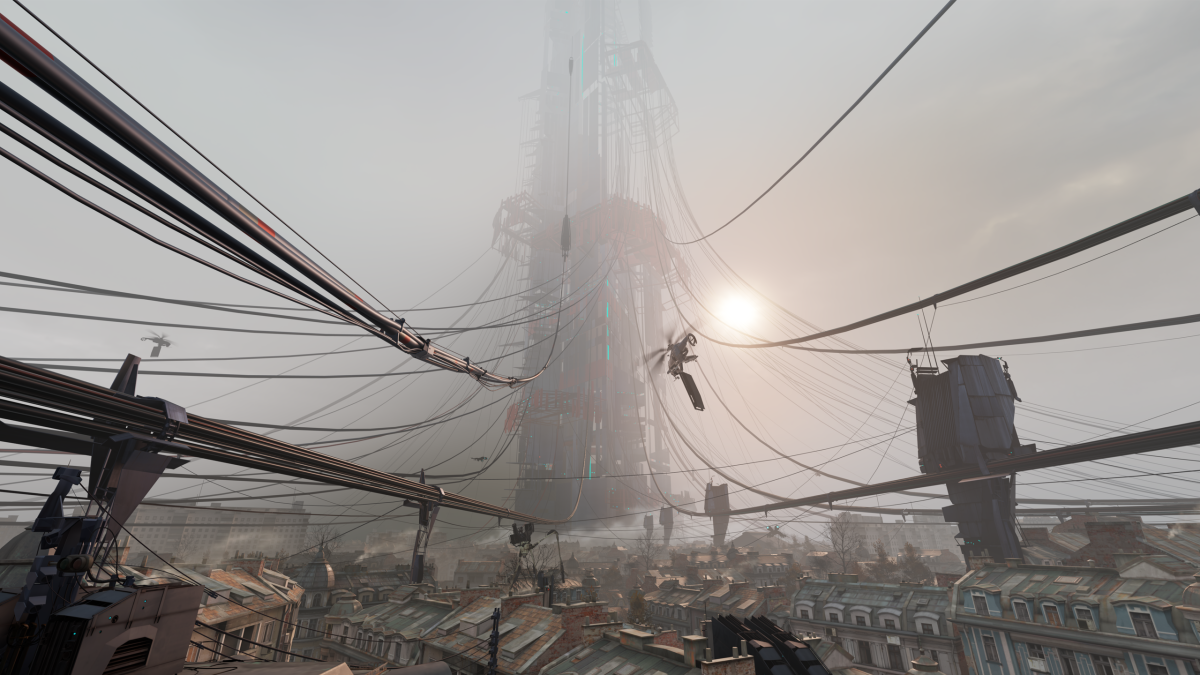 Charles Coomber of San Diego yesterday took an innovative approach to teaching his 7th grade class geometry while in quarantine: conduct the whole lesson from inside Half-Life: Alyx.

Half-Life: Alyx was released on Sunday March 23. Coomber, however, was familiar enough with the game by the following day to not only know where to find working marker pens, a dry-wipe eraser, and a suitable surface to write on; but to also have his in-game handwriting down to an enviable level of legibility.

The video of the lesson was posted to YouTube yesterday and has already received over 200,000 views at the time of writing. That’s 200,000 people—many of us presumably well past the 12-13 age group of the intended audience—tricked into learning about geometry through the novelty of VR.

Anyone looking for a straightforward let’s play of the game presumably came away disappointed—after a quick glance out at City 17, Coomber remains admirably committed to actually using the game to teach a class, and restricts himself to the rooftop greenhouse whose windows make for a good makeshift whiteboard.

But the temptation to stick around for the whole video (which is, after all, only 17 minutes long) in order to get a look at the game—and have fun learning a thing or two about geometry at the same time—is a strong one. Plus, Coombes rewards those who stay to the end with a quick tour of his (well, Alyx’s) in-game apartment, including a brief introduction to some unusual neighbours and an equally quirky pet.

Coombes isn’t the only person making creative use of Half-Life: Alyx’s brief but immersive intro sequence; if you’re looking for ideas, check out our antics in 8 other fun things to do in the Half-Life: Alyx intro. In addition having fun writing on the glass, there are a few little Easter Eggs harking back to older Half-Life games to uncover; as well as a variety of fun and interesting ways to mess with the pigeons on your roof, mess with cops outside your apartment, mess with innocent citizens who made the mistake of going about their day underneath your balcony.