Watch this person walk through The Witcher 3 on a treadmill 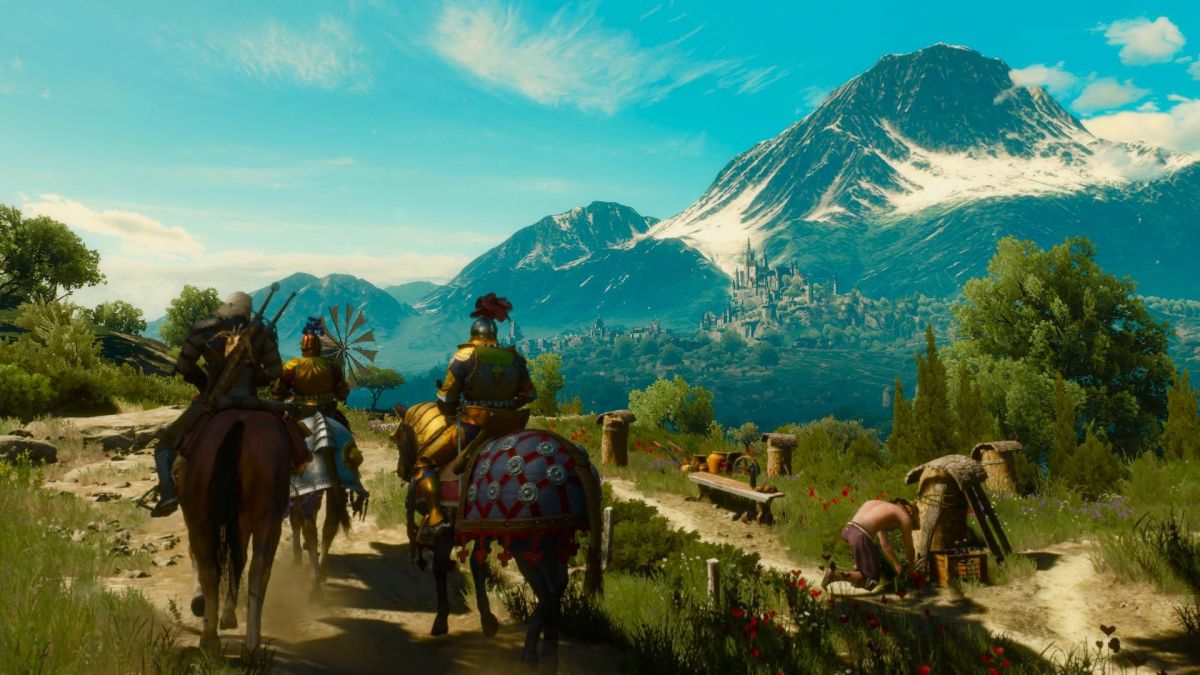 My treadmill allows me to walk through Toussaint, with matching incline and speed. from r/witcher

Just like everybody else, the pandemic-induced lockdowns of the past months have reminded me of the importance of exercise, especially when my new lifestyle sees me in the same seat, at the same desk, for the best part of ten hours a day. So to try and do my bit, I’ve mostly stayed inside my flat, only venturing out to get groceries and some fresh air in the surrounding area. But even though where I live is surrounded by spacious parks and gorgeous hilltop views, my well rehearsed routes are getting seriously tiresome.

Redditor pird_berson22 has the solution, in a much brighter timeline where money is no object for me. With some technical trickery that’d probably go way over my head even if I did have the funds for it, they were able to walk through The Witcher 3: Blood and Wine’s fairy tale duchy of Touissant using a treadmill. It even matches the incline of the terrain and their walking speed.

It looks like they’re approaching Corvo Bianco in Sansretour Valley, the property gifted to Geralt in the main quest by Duchess Anna Henrietta. Not only does this bring back memories, I now can’t help but imagine using a setup like this to simulate late-night saunters around the plot with a cup of freshly made wine.

The game isn’t playing inside the treadmill, but the unit is playing a “recording with synced inclines” they explain in the Reddit thread. And while it’s exciting that pird_berson is also exploring similar modes in similarly breathtaking virtual worlds like GTA V and Skyrim, the unit featured in the video above is a Woodway 4front, a $10k machine that’s the preserve of “every sports team in America, and the very wealthy, mostly”. Looks like I’ll just have to get more creative with my real-world walks for the time being, then.

But if I had that kind of money, Geralt of Rivia himself, Henry Cavill, would look upon my calves, toughened and toned by hikes across the dramatic landscape of Touissant, and despair. Well, probably not, but I’m just saying I’d be walking a lot more, okay? At any rate, if Cavill doesn’t know about this, someone should tell him. I bet his treadmill recordings would look astonishing on his absurdly powerful new PC.

A cheaper—but still not cheap—way of further immersing yourself into this iconic environment is by playing The Witcher 3 in VR, with help of mods First Person Mode and Vorpx, which lets you play games in VR that don’t normally support it. If such setups could be combined with effective VR foot controllers in the future, like the Cybershoes Joanna checked out at Gamescom last year, I would absolutely be spending as much, if not more, time exploring the finest gaming worlds on PC than I would from a chair.