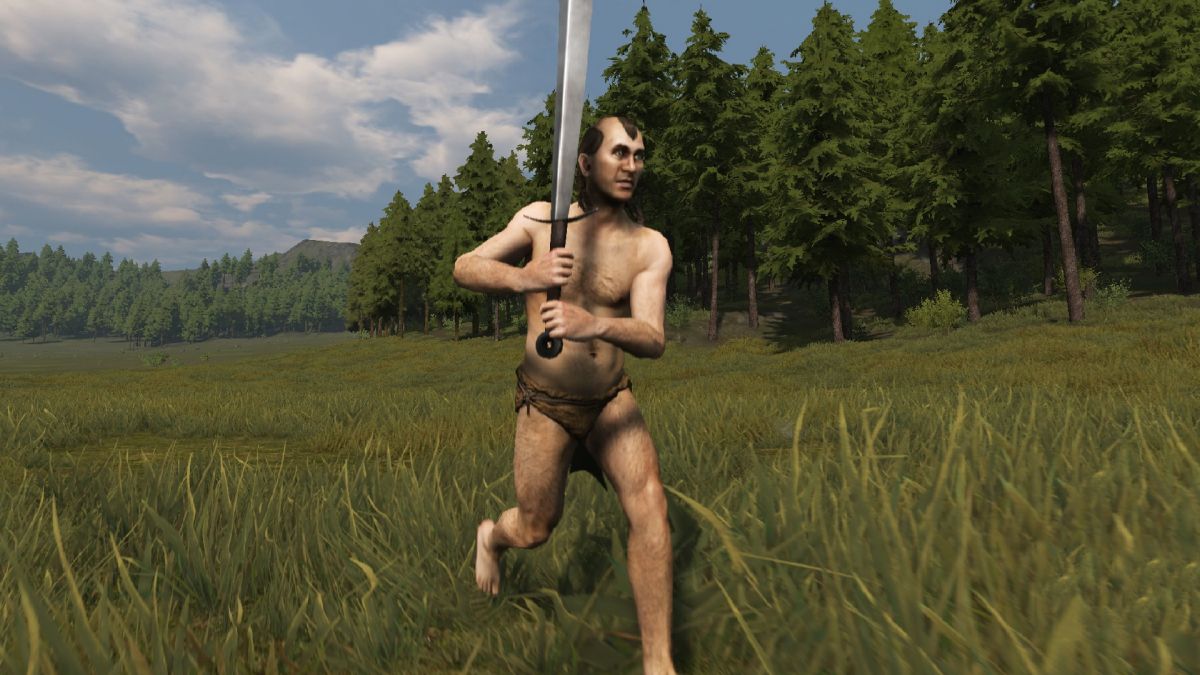 Combat in Mount and Blade 2: Bannerlord is not an easy thing to master. A mistimed swing can cost you over half of your health points, and the enemy AI is surprisingly good at blocking and parrying your attacks in one on one duels. For a lot of players—especially those who are new to the series—killing just one or two enemies can feel like an accomplishment. But redditor TheFabled45 is putting us all to shame: The video embedded above shows him winning a battle against 61 enemies wearing just a loin cloth and a really big sword.

Mount and Blade veterans will immediately recognize this technique. Since the early days of Warband, players have been showing off their superior melee skills by stripping down and grabbing the biggest sword they can find. Just the sight of TheFabled45’s glistening, ivory skin is enough to give me flashbacks.

Though I haven’t seen it as much in Bannerlord’s multiplayer servers, there used to be a whole subculture of players who created horrifically ugly characters, got naked, and went into battle with the biggest weapons. Sometimes you’d see one of these naked death-dealers take on four or five other players and kill them all. Obviously Bannerlord’s AI enemies aren’t nearly as skilled as a real person, but TheFabled45 still pulled off a ridiculous feat.

Bannerlord’s AI is pretty easy to cheese in its Early Access state, though. The enemies cluster together and chase him around, letting him use his superior movement speed (since he’s unencumbered by clothing), to strafe the edges of the group and hit soldiers with ultra-wide swings. Rinse and repeat until most everyone is dead and the rest are fleeing.

It’s funny because, looking in the comments of TheFabled45’s video, he made this in response to widespread complaints that looters, ill-equipped enemies that players sometimes encounter, were too tough and needed to be nerfed. It turns out you just need a really big sword.