Watch this modder create his own RGB heatspreaders for a kit of G.Skill RAM 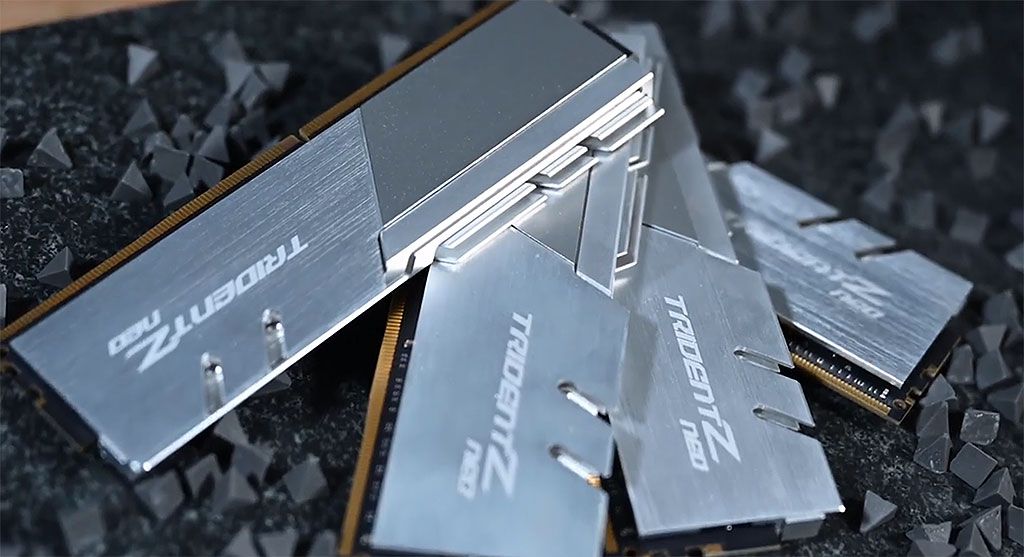 I made my own aluminium, RGB lightbars for my Trident Z Neo memory kit! from r/pcmasterrace

I’ve been passing the time in isolation by revisiting some classic PC games, going on occasional hikes in the woods, and binge watching TV shows. If only I had a CNC machine and CAD skills, I might try my hand at modding instead, as Reddit user “Maki Role” did. In a video posted over the weekend, the talented modder showed off his latest creation, a custom set of RGB heatspreaders for a kit of G.Skill Trident Z RAM.

The mesmerizing video (embedded above) takes us through the painstaking process in an abbreviated time frame, starting with the 3D schematics then jumping right into milling a large chunk of aluminum.

It’s a delicate process requiring precise measurements, and some trial and error not depicted in the video (he 3D printed some prototypes before committing to the final design). At the end, we see the modder fit a milled lightbar onto one of the modules.

Maki Role’s real name is Alex Banks. The folks at Bit-Tech interviewed him a couple of years ago, as he’s been an active participant in the site’s forums. Banks said he has been modding since 2011, though on a smaller scale at first. Now nearly a decade later, he has some impressive projects under his belt, like this custom PC he built from scratch last year:

More recently, he made an aluminum CPU waterblock by hand, which he described as a “fun Sunday afternoon project.” You can check out a pictorial worklog on Imgur.

As for the RAM, his custom heatspreaders could pass for retail designs. In a follow-up post, Banks says he was motivated by wanting his RAM to “match up better with the X570 Aqua” motherboard in his build. Mission accomplished.