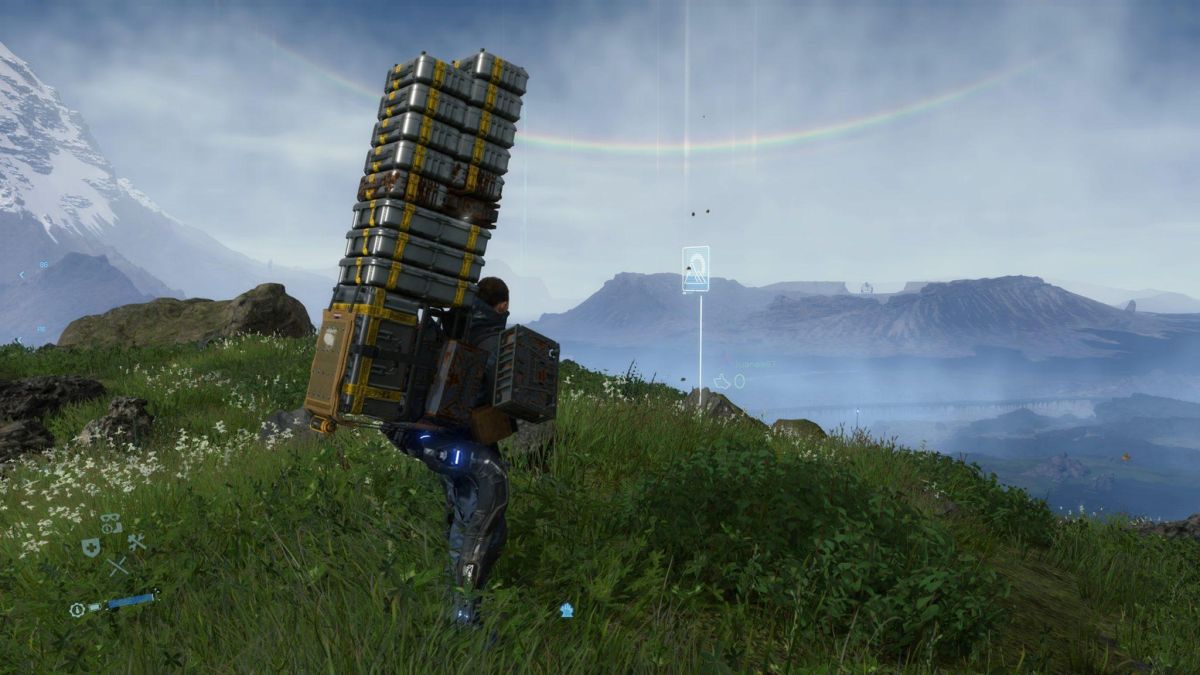 Chinese food delivery company Ele.me is testing an exoskeleton that will apparently make life easier for its couriers, taking some of the strain off them as they carry heavy loads. It caught the attention of Chinese social media last week, with the guinea pigs bearing a striking resemblance to Death Stranding hero Sam Porter Bridges.

Sixth Tone shared some footage of the exoskeleton in action, which allegedly allows couriers to transport deliveries of up to 50 kg without trouble. That’s not quite as much as Sam could carry in Death Stranding, but it’s certainly more than most of us could comfortably lug around for extended periods. Not that the couriers looks especially comfortable.

Straight out of a video game: China’s ubiquitous food-delivery app https://t.co/O6kOT9RrJG caught the Chinese internet’s attention this week after testing a powered exoskeleton for its couriers. The exoskeleton endows the wearer with the strength to carry up to 50 kg with ease. pic.twitter.com/4elmxRhLDUApril 30, 2020

The exoskeleton was designed by Shanghai-based ULS Robotics, which also hopes to apply its tech to car manufacturing, industrial logistics, airports and other industries. It’s currently still in the prototype stage.

In Death Stranding, Sam’s exoskeleton allowed him to traverse a bumpy, inhospitable environment while balancing comically large stacks of crates on his back. ULS Robotics’ exoskeleton doesn’t make its wearer quite as agile as Sam, though it might make it easier to transport lots of food up large flights of stairs.

Given that the technology is still being developed, it’s unlikely that exoskeleton-assisted couriers are going to become a common sight anytime soon, but you can try them out for yourself when Death Stranding hits PC in July.