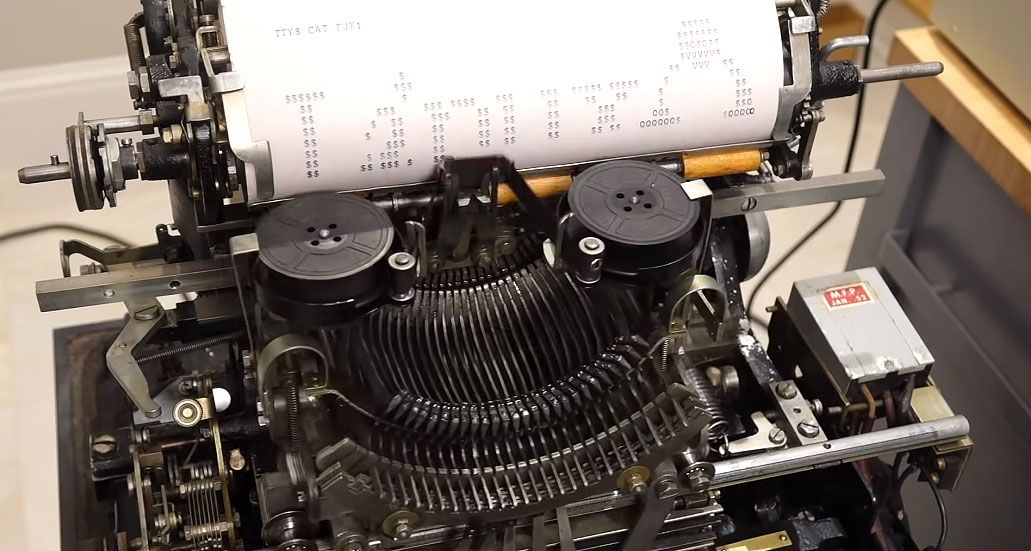 We have it pretty good today with our mechanical keyboards, fast processors, and high resolution displays, but if you want to go old school—and I mean really old school—try turning a 1930s era Teletype printer into a Linux terminal. For what purpose? To print ASCII art, of course!

It might not be practical, and it’s certainly not easy by any stretch of the imagination. But it is possible, as Marc Verdiell (CuriousMarc on YouTube) proved in a recent video (via Popular Mechanics). In it, Verdiell takes us through the daunting process of making this work.

Dave brought this to my attention because I’m pretty sure he thinks I’m old as sand [No, just silicon -Ed], but even though I date back to the era of typewriters (okay, maybe I am old), the Teletype predates me. Hell, it even predates my dad.

Teletype machines (or teleprinters—Teletype is the brand) were sort of an evolution of the telegraph. There’s an old Teletype ad on Wikipedia that explains these were used to send and receive printed messages “instantaneously by wire.” Basically an early version of text messaging, without the emojis.

Verdeill restored an old 1930s Teletype Model 15 machine, which is impressive in and of itself. It has a keyboard and uses 5-bit Baudot code, a form of binary code invented in 1870 that was used with teleprinters in place of Morse code.

Getting it to interface with Linux required some serious modding chops, which Verdiell possesses. However, the end result comes with some limitations. For one, it’s painfully slow—more so than a dot matrix printer. It also can’t be used to do any programming, because it lacks certain keys (plus sign, minus sign, backslash).

Nevertheless, Verdiell was (eventually) able to successfully log into Linux (with his password kept hidden), and then print out some neat ASCII art—some of the pieces include Spider-Man, Snoopy, a super long rocket. You can catch the fruits of his labor towards the end of his video, but it’s really worth a coffee break to view the whole thing (it’s less than 17 minutes long).