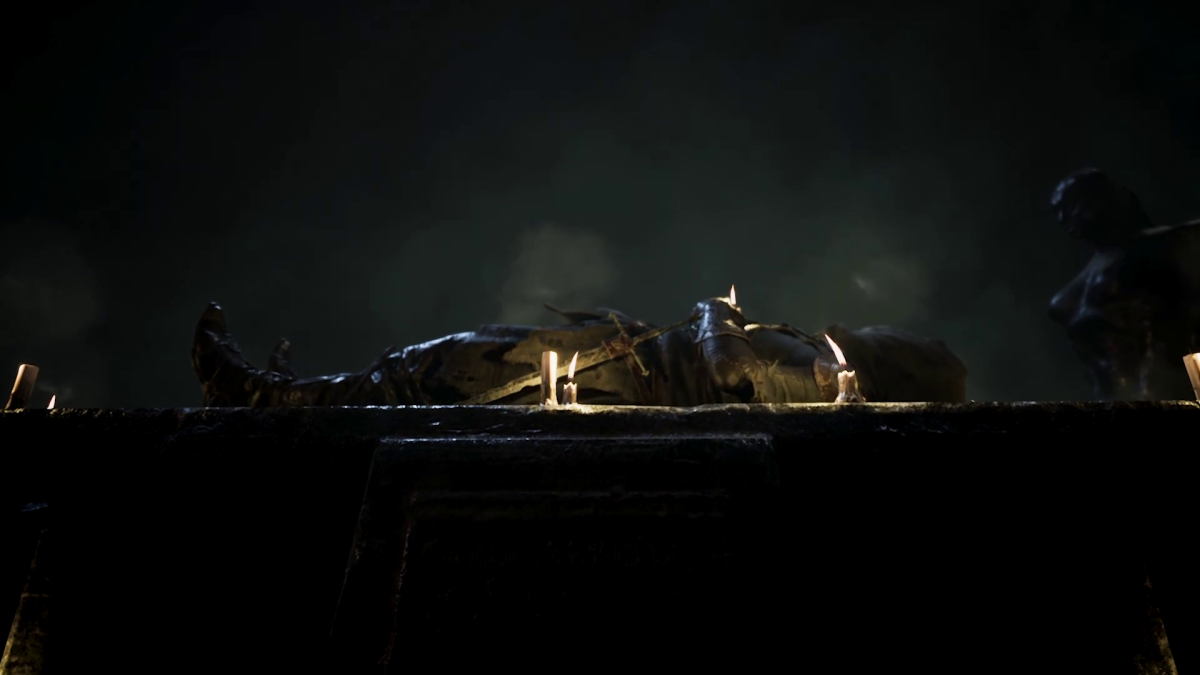 VIDEO: Watch the Mortal Shell trailer and gameplay from the PC Gaming Show above. Also on YouTube.

Mortal Shell is a gorgeous action RPG that wants you to compare it to Dark Souls. Earlier this week developer Cold Symmetry debuted the first gameplay footage and talked explicitly about its Souls series influences (Quake got a nod, too!). But at this year’s PC Gaming Show, we got a closer look at one of the titular shells, or character classes, you’ll have the chance to possess—watch that trailer above.

The Acolyte looks like a dexterity class with nimble evasion maneuvers, such as turning into a cloud of smoke in lieu of the typical dodgeroll. I’m particularly drawn to their weapon, a super fancy gilded hammer. In what might be the trailer’s standout moment, the Acolyte tosses up a knife and swings at it with the hammer like a baseball bat, pinning some poor monster to the wall. I’m usually the sword ‘n board type, but I like this dude’s brash style.

Cold Symmetry also debuted some more gameplay footage, highlighting a duel between the player and a mysterious nemesis that will harass you throughout the game. He’s basically Gary from Pokémon, if Gary turned into a massive interdimensional fish and that swallowed you whole after kicking his ass.

The duel itself looks nice, but definitely feels like an early game fight. It’s a simple bout showing off the basics: circle-strafing, dodges, attacks, counter-attacks—the essential ingredients for an action RPG in a post-Dark Souls world. I’m a little concerned about hitboxes and timing though. Maybe it’s the lavish animations playing a trick on my mind, but some hits and dodges don’t look quite precise enough, with some slashes connecting when it looks like they shouldn’t. I’ll have to feel it in my hands before I can truly make a call, though. Either way, it’s still nice to look at.

If you want to give Mortal Shell a try before it’s out later this year, you can sign up for the beta by heading to the official Mortal Shell Discord server.