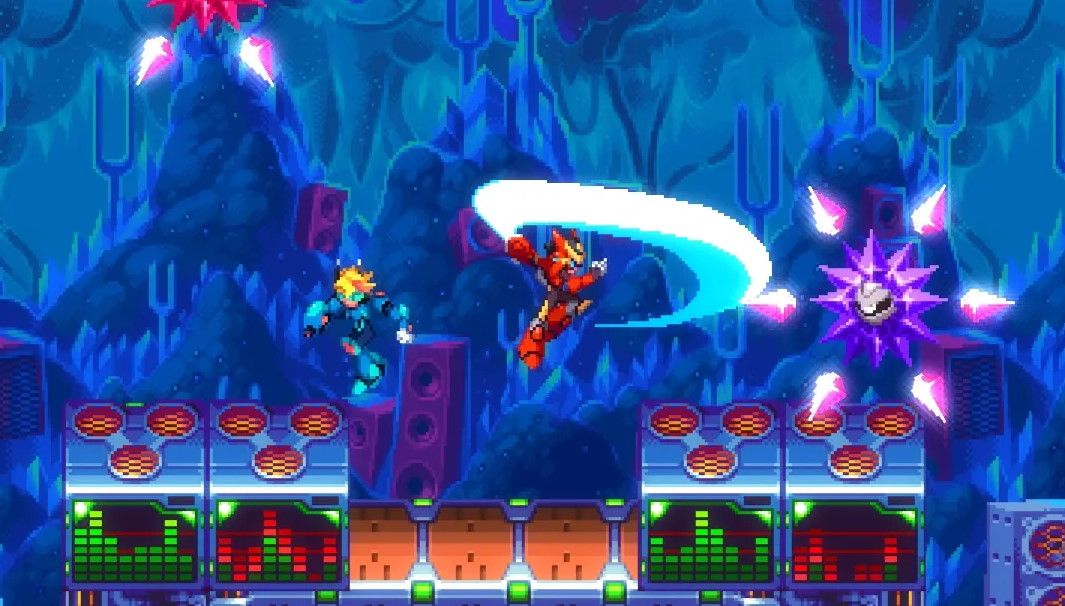 30XX is an action-platformer roguelike that looks a lot like Mega Man, right down to the blue-hued hero with a bulbous gun on the end of his arm, and in fact it cites that game as an influence on Steam. It’s set 1000 years after the 2017 game 20XX, and apparently the world has not changed for the better over all those years: The advent of the “Synthetic Mind” has sapped humanity of the will to reach for the stars, and it falls to you to do something about it.

The trailer that rolled out during today’s Guerrilla Collective livestream showcases Ace, one of the game’s playable characters (which is why he’s red, not blue), who uses swift, combo-friendly techniques like the Zen Ascent and Dolomite Link, all of which are bound to your keyboard or controller as button combos so they’re all available at once. Ace’s weapons also have a secondary Unleash Blade maneuver, give each of them “a unique playstyle with more personality.”

30XX’s roguelike design promises new levels, items, and powers with each playthrough, even after you beat the game, and along with solo play it will also support local and online multiplayer for two. The Steam page says it’s expected to be out “in the year 30XX, probably,” which I don’t think is meant to be a serious estimate, but for now it’s all we’ve got to go on. If you’d like to be notified if and when that release timing is updated, you can sign up for a mailing list at batterystaplegames.com.