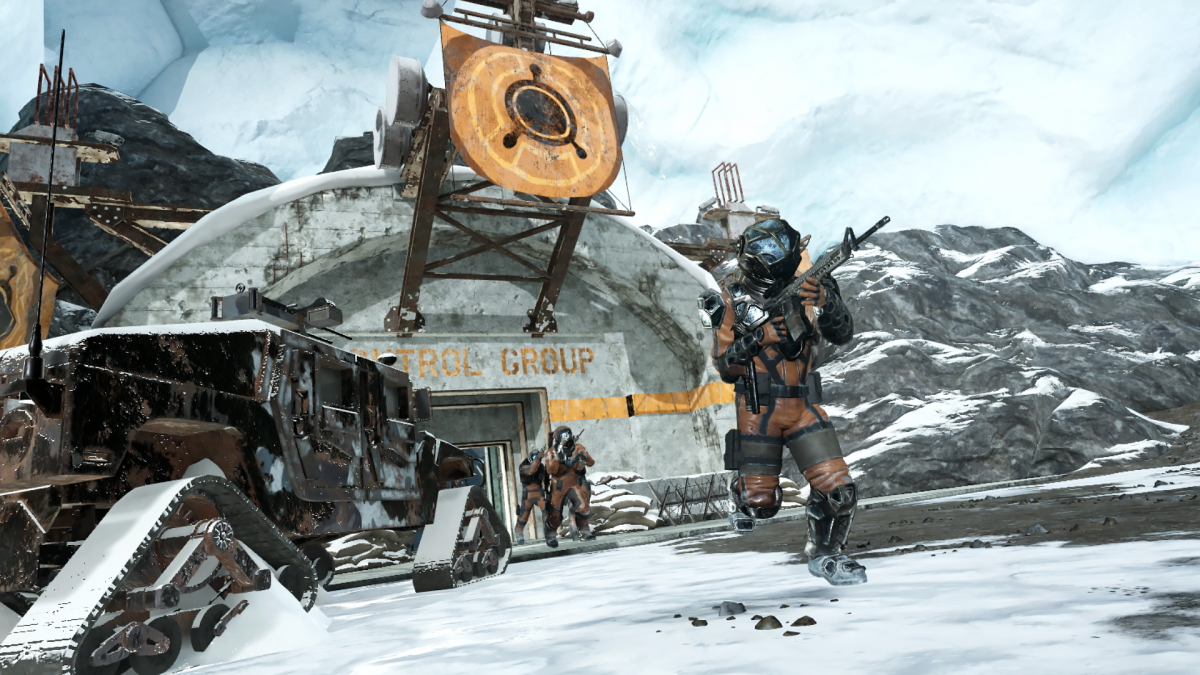 RPG developer inXile Entertainment is taking an unexpected detour with its next game, a team-based VR shooter that’s coming this year. Frostpoint VR: Proving Grounds doesn’t seem to have much in common with Wasteland, though it does sport a post-apocalyptic setting.

Players will have to duke it out amid frozen, dilapidated, military-themed maps that are populated by biomechanical monsters as well as the opposing team. You gear up, hunt down the other team and try not to get killed by the AI. I’m always a fan of PvP and PvE intersecting, but not so much iffy animations and ugly character models.

Firearms, of which there are around a dozen, range from conventional fare to more exotic sci-fi weapons. InXile says you’ll be able to “realistically” hold them in one or two hands, as well as load, rack and clear them, which sounds pleasantly tactile. Along with guns,  Frostpoint’s arsenal includes grenades, health kits, turrets and, judging by the trailer, portable shields.

While inXile is an Xbox studio, Frostpoint is being published by Japanese VR developer Thirdverse Inc, which previously released VR multiplayer sword-fighting romp Swords of Gargantua.

I’m not very convinced by the trailer, but I’m still interested in seeing what a studio that’s best known for roleplaying and tactics will do with a multiplayer shooter, VR or otherwise. We’ll find out later this year.