Warzone will connect the different Call of Duty series 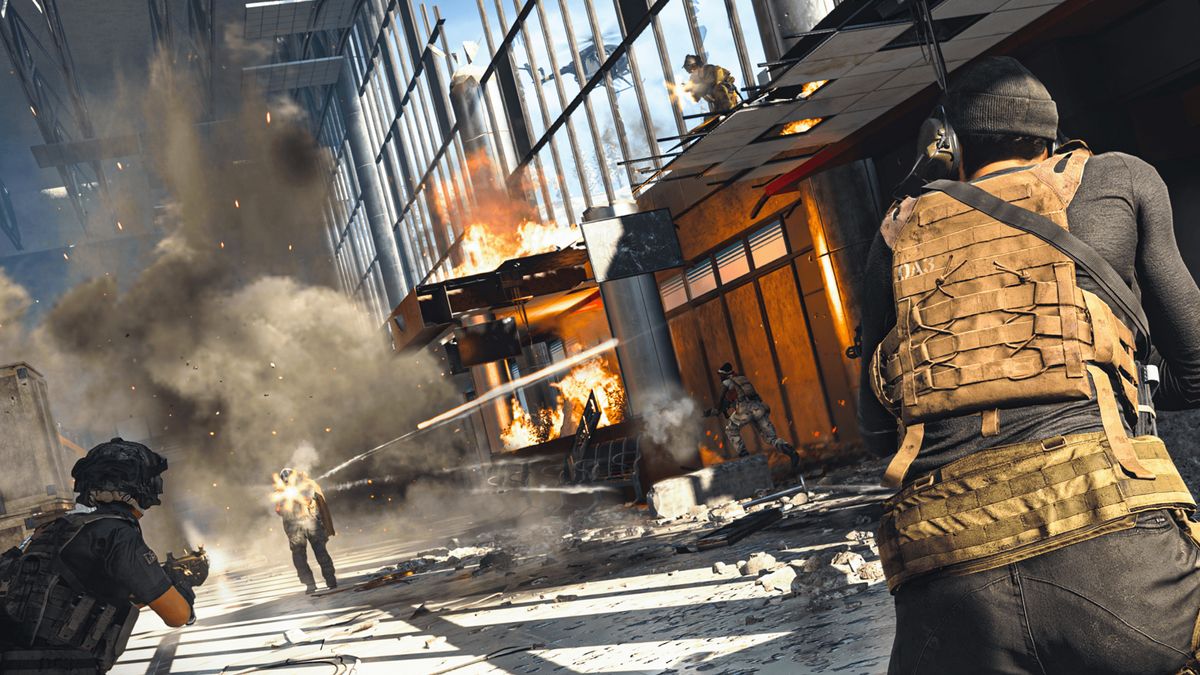 Not surprisingly, the massively successful Call of Duty: Warzone won’t suddenly call it quits when the series moves on from Modern Warfare to the next entry in the series. Activision hasn’t revealed exactly how Warzone will adapt as Call of Duty marches forward, but the different “sub-franchises” will apparently leave their mark.

At the moment, Warzone is very much a Modern Warfare spin-off, drawing everything from its operators to its aesthetic from the reboot. Call of Duty is fleeting, though, and eventually players will be duking it out in a new game, and then another, and then another, until the heat death of the universe. But Warzone won’t be left behind.

“We’re in kind of uncharted territories here,” Infinity Ward narrative director Taylor Kurosaki tells GamerGen. “Call of Duty has been on a very regular cadence for many many years, and Warzone has made us rethink exactly how best to release new content and how to integrate it. Call of Duty is a genre in itself, there are different branches in the Call of Duty tree, but they’re all connected in some ways. Warzone will be the through line that connects all of the different various sub-franchises of Call of Duty. It’s going to be really cool to see how the different sub-franchises sort of come in and out of focus, but Warzone will be the one constant.”

Kurosaki and Raven Software creative director Amos Hodge also touched on the more immediate future, including the fate of Duos mode, which appeared on Plunder but not in the main mode. There’s no date for its arrival yet, and there are some kinks to work out, but it will appear eventually.

“If you noticed, we launched with just Trios, then we added Solos, then we added Quads, so we will get to a place where we add Duos in the future,” says Hodge. “There’s just no exact time I can give you for now, but Duos is coming. You’ve already seen in Plunder, but there’s just things we gotta figure out, find the right timing and everything else.”

Players have also uncovered clues that there’s more to Verdansk than players have seen, with Season 4 hopefully providing some answers.

“They have found clues, and that there is more than meets the eye in this city,” says Kurosaki. “Season 4 will unravel some of those mysteries and unlock some of them for our players. As the battle in Verdansk wages on, things will grow more desperate. There are going to be more and more fighters sent in to turn the tide and we’re very excited to get our players to see and join alongside these new great warriors as they continue to fight.”

In practical terms, this means new modes, more items that you can cram into your loadout and new field upgrades. Hodge says they’ll “add some new spice to the game.”

Evolution is a necessity in battle royales. Fortnite, Apex Legends and PUBG all managed to attract a large playerbase at launch, but they’ve kept those players murdering each other month after month by adapting and changing in dramatic ways, whether it’s hosting in-game concerts or throwing in working trains. How Warzone keeps up remains to be seen, but we’ll have a clearer picture once Activision unveils the next game.