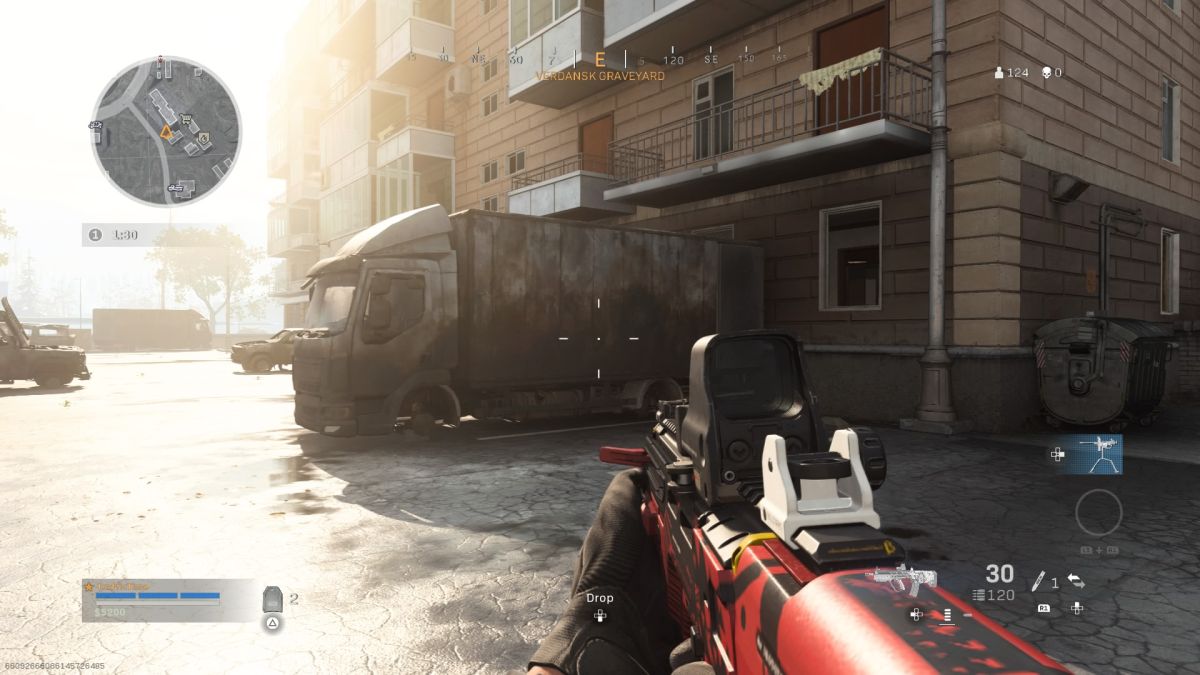 A bounty contract was sitting in the back of a truck parked up against an apartment building window. I crawled in to get it, because why not? It was right there. So, I got the contract, and very quickly learned the reason I shouldn’t have: It is impossible to get out of this particular Call of Duty: Warzone truck.

After a few minutes of truckbed troubleshooting, I took out my unsilenced assault rifle and let off a few rounds. Sure enough, an enemy answered my call and killed me. I watched in delight as they crawled into the truck next.

“Yup. It’s the death truck,” said Reddit user legoladd in response to a victim of the same truck. “I had someone in the squad get stuck in there on the last circle lol.”

The truck is parked in the Verdansk Graveyard outside Superstore, and has become infamous in Call of Duty: Warzone. It usually has cash, weapons, or a contract sitting inside. You have to go prone in order to get low enough to crawl in, but the window and truck entrance are uneven, meaning you can’t jump out or vault back into the building.

“It got me the other day as well,” Redditor Fuzzykittenz3039 said. “There was a scavenger contract in the truck.”

Some call the truck a bug, cursing Infinity Ward for creating a location that cannot be escaped. It’s been happening for months, too—a new video of someone getting stuck pops up every few days.

I just couldn’t help myself… from r/CODWarzone

One way to make the most out of getting stuck in the truck is to lure someone else into the truck, so that they get to feel your pain after you’re gone. “I did this two nights ago,” said Reddit user Pdx3325. “I bounced around, attracted prey, let him kill me and laughed as he got into the truck to grab my loot.”

Some players say they’ve gotten out. The only known method of escape—having a teammate drive a car up next to the truck so you can enter the vehicle—isn’t available in solos and many don’t know about it the first time they get stuck. Others have said they’ve gotten out in a different way, but no one has posted proof.

“Easy way to get out,” said Redditor MrGoobanich. “Get an ATV. Drive it inside the building and into the room. Park it beside the window. Person inside the truck clicks square and teleports onto the ATV and out of the truck.”

When your buddy gets trapped in THAT truck, hot wheels car can save the day #protip 🤓 from r/CODWarzone

The truck trap has ruined a number of games over the past few months and it hasn’t gotten any easier to get out. Dozens of updates haven’t changed the truck, which makes you wonder if Infinity Ward has just decided to keep it. It can’t have been intentional in the first place, but it’s becoming part of the map’s lore.

For now, it remains a popular trolling location. If your friends don’t keep up with the scene, the truck makes for an easy prank—just be sure they’ll keep playing with you after you put them in truck purgatory.

Not everyone is going to laugh off getting stuck, especially if they’re otherwise doing well when it happens. The truck may not be the only prison on the map, either, and it’s possible that it’ll get fixed in future changelog.

“I got stuck in this truck as well. There was a bounty inside,” said Quackadilly___Blip. “There were around 40 left and we were fully set up. A few games later I got stuck between a bus and a rock in between Quarry and Lumber. It was a top 3 situation. I was livid.”