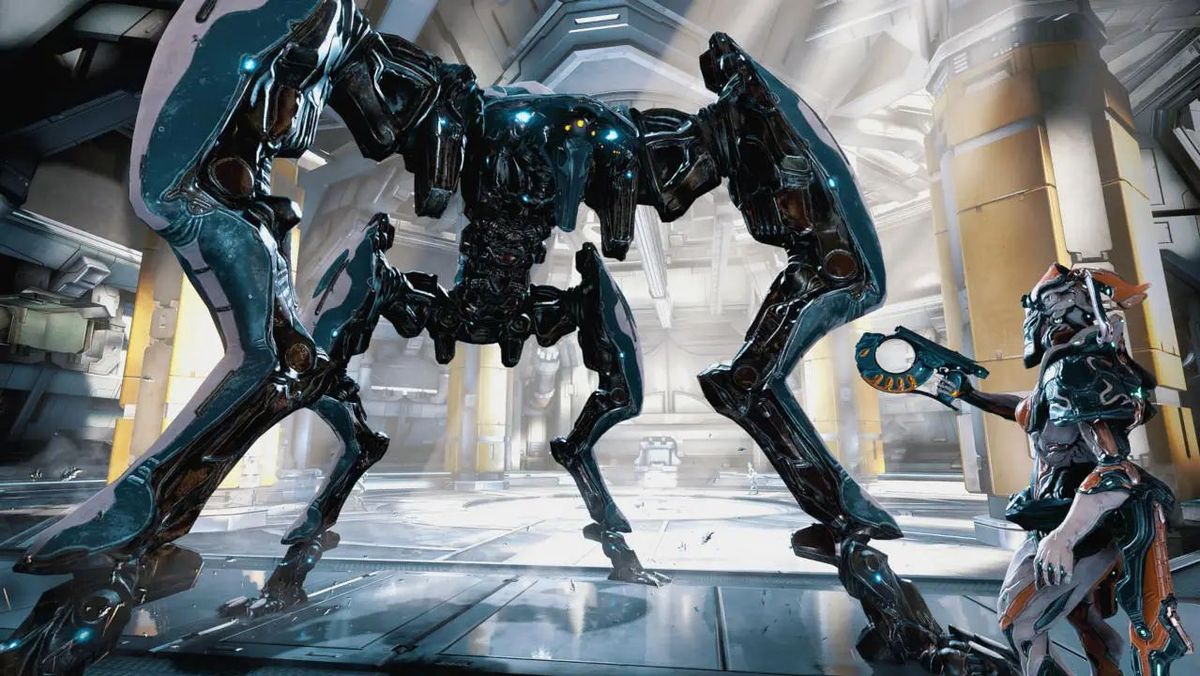 Warframe is having a pretty good year full of new stuff, which sometimes feels a little overwhelming for a game which already has a very large amount of stuff in it. But whatever, it’s one of the best free games on PC so who can truly complain that it is getting more improvements and things to do? Nobody, that’s who. Literally no-one. Do not even consider it.

Warframe’s next update is The Deadlock Protocol, and is due to release in the next two weeks—most likely the week of June 5th. The developers’ latest update also brings insight into Protea, the neato new flipping and spinning frame that’ll release alongside The Deadlock Protocol.

Corpus investments are paying off in dividends. pic.twitter.com/hZMw3iVoJcMay 23, 2020

Radioactive Rifle? Check.Gruesome Gunblade? Check.Protea’s signature Pistol? Check.Long range or up close and personal? How will you use the new Weapons coming with The Deadlock Protocol? pic.twitter.com/JsICgt8e1yMay 23, 2020

The Deadlock Protocol will also revamp some of Warframe’s oldest content by revisiting the positively ancient Corpus Ship environments. The current look of the corpus ships dates back to 2012 and is the very first environment tileset that the game had. The tilesets are used to generate Warframe’s random levels. “The expectations we put on ourselves was that the re-imagining of the Corpus tileset would include new enemies, challenges, and world-building that can surprise and deligh new and veteran players alike,” game producer Dave Kudirka told the Playstation blog.

Warframe has recently gotten its most ambitious update ever, and that’s moving forward into the future despite the cancellation of its yearly convention. You can learn more about Warframe at their official site, or watch the developers’ stream on the new update’s Corpus quest just below.