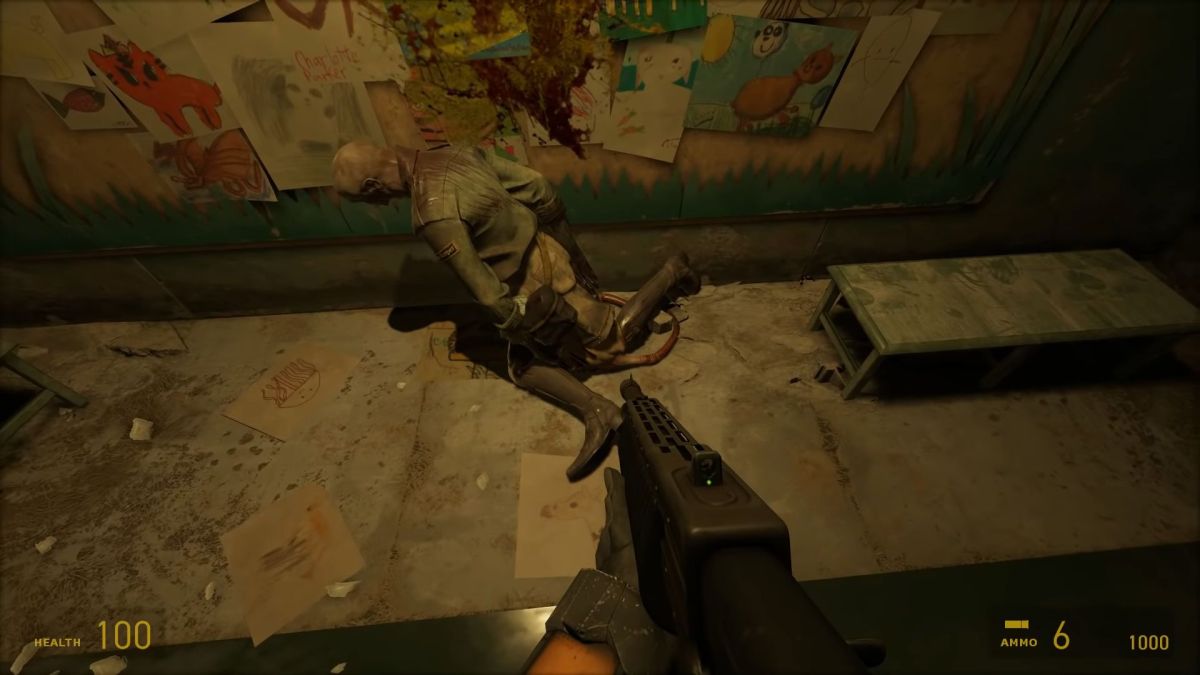 But guess what? People have been using it to play Half-Life: Alyx with, including YouTuber Goutrial, who combined it with several other mods for what seems like the ultimate non-VR Alyx experience. The Half-Life 2: MMod Team came up with a bunch of weapon sounds and animations, Jun Choi over on ArtStation modeled the weapons themselves, and then Shadow_Run on GameBanana combined those animations with those weapon models. Jeremy Lorelli on GitHub provided the Vscripts, and when you add those things together what you get is a version of Half-Life: Alyx with first-person arms holding guns that you can shoot with your mouse.

Is it going to be the best way to play Alyx? No, it’s a game designed for VR, of course that’s the best way to experience it, what a silly question. But people who can’t afford VR or find it makes them sick can use stuff like this to play the new Half-Life with and that’s OK. PC gaming is all about messing about with mods and options to get everything the way you personally want it, and this certainly is a thing people want.