Vampire RPG Nighthawks bares its fangs in a new teaser 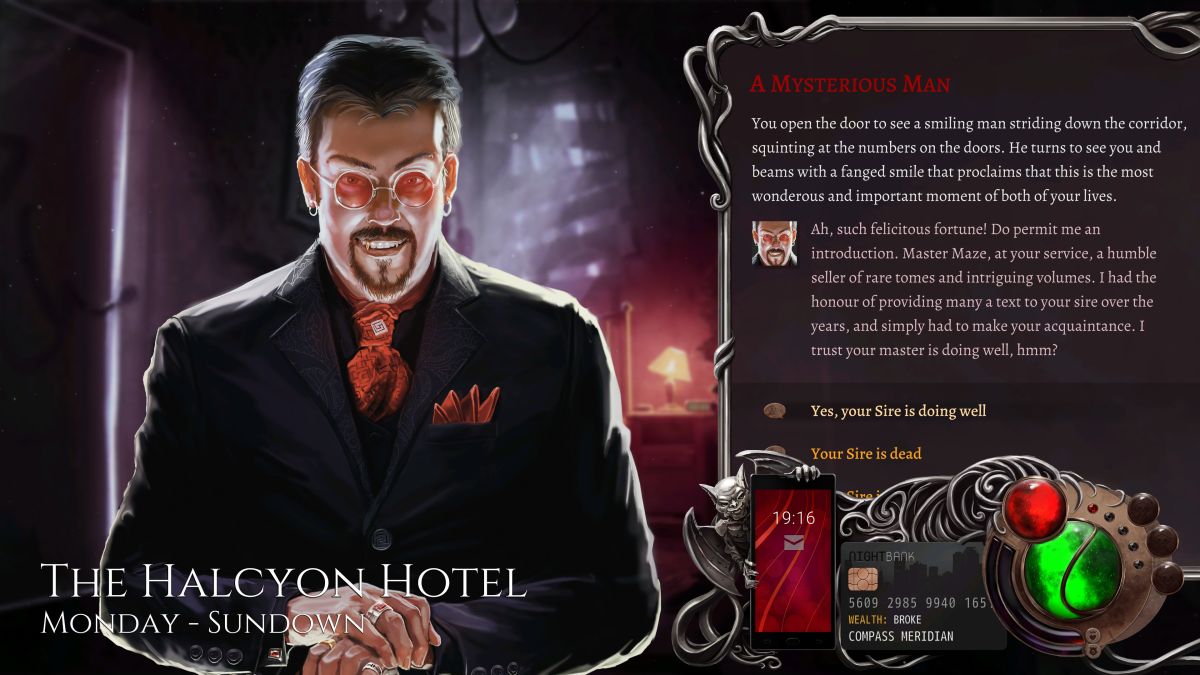 Modern vampire RPG Nighthawks, which had a successful Kickstarter campaign back in 2018, will be slinking its way out of the shadows next year. In the meantime you can get the skinny on this Wadjet Eye-published joint in a new teaser, above.

It’s a chatty RPG written and designed by Sunless Skies (and PC Gamer) contributor Richard Cobbett, backed up with art from Ben Chandler, whose work you’ll have undoubtedly seen if you’ve played any Wadjet Eye games. The Unavowed developer is just publishing this one, though veteran adventure game designer Dave Gilbert is executive producer.

Unlike fellow bloodthirsty RPG Bloodlines 2, the vamps in Nighthawks aren’t hiding their nature from humanity. The bat’s been let out of the bag, and humans now know the score. You’ll play a fresh-faced vampire who’s moved to a city that tolerates the undead and apparently provides them with a fresh start. But judging from the new Steam page things don’t quite work out that way.

At least you’ve got a job. You own a nightclub, albeit a failing one, which serves as the foundation for your empire. It promises oodles of text, but also full voiced characters that you can befriend, recruit and, of course, murder. Between chats you can expect to duke it out in strategic combat with humans and fellow vamps. And though you might start off as just a nightclub owner, you’ll be able to influence the world, nudging it towards a united future where humans and the undead are pals, or you can ruin any plans for coexistence.

I’m definitely digging what we’ve seen so far, and props to Chandler for creating what looks like an undead Tim Curry.